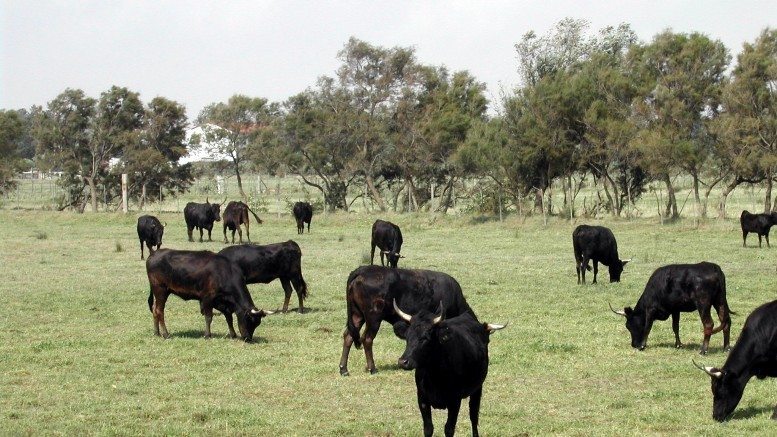 Please Share This Story!
PDF 📄
The global food shortage is driven by insane eco-activists who think that saving the planet is more important than saving human lives. The livestock industry has been under attack since the UN’s Agenda 21 was created in 1992. This entire program is anti-human and anti-civilization. ⁃ TN Editor

Egged on by eco-activists, the highest court in the Netherlands ordered the government to comply with an EU law to reduce the inert gas nitrogen in vulnerable areas. That would mean culling 30% of its livestock. One farming organization called the plans ‘disgusting’.

The proposal sparked protests from the farming community, while enviro-nutters called for even more action.

The 30% reduction is in response to the so-called ‘nitrogen crisis’, including concerns about ammonia pollution.

Despite making up 78% of the atmosphere, excess nitrogen can get into water sources or the oceans via agricultural runoff as it’s a key ingredient in fertilizers.

To cut livestock numbers by 30%, the Finance And Agriculture Ministry published two proposals: the forced sale of farmland and the mass disposal of livestock. Both would devastate farmers across the country.

All this as the world teeters on the brink of global famine because of a fertilizer shortage and wheat blockade instigated by sanctions against Russia.

Tellingly, this is part and parcel of the Great Reset being pushed by the ruling elite, the same people who fly private jets to climate conferences and help politicians write laws that make life worse for everyone.

This action is totally insane! People around the world are starving & this action will only hasten the food shortage and spread famine to more populations. The global elite won’t suffer, but the common people will. The UN’s forcing farmers and ranchers to reduce cattle by 30% while elitists fly around wherever they please in their jet-propulsioned air vehicles is total hypocrisy for pushing a “Green Earth Agenda.”
It comes down to: “What’s good for THEE isn’t necessarily good for WE!”

China is the world’s #1 polluter. Why? Because American corporations took up residence there to avoid environmental protection laws and minimum wage laws. Only animals and peon humans have to suffer though, not the ones who actually caused the problem.

Dutch Farmers May Be Forced To Kill Off 30% Of Livestock To Save Planet - Watchman.Today

We are living in a world of the carbon cycle. Massive old forest and even the Amazon are being burned as biofuel. The idiocy never ends. Does this group of WEF and “green anything” owned by the very people that mine for oil, gas and coal ever tell the truth. The UN and international agreements and especially the the International Chamber of Commerce/Banks/Wealth management should be eliminated and the fact that the corporation doesn’t even have to abide by common Law or the law of the land and those that have run this dog and pony show along with consolidation… Read more »

Dutch Farmers May Be Forced To Kill Off 30% Of Livestock To Save Planet – altnews.org

Worse? STOP pandering after them using that label as if they will save you from any of what is coming.

THEY CAUSE ALL OF WHAT IS NOW HAPPENING ON EARTH. So, STOOOOOOP!