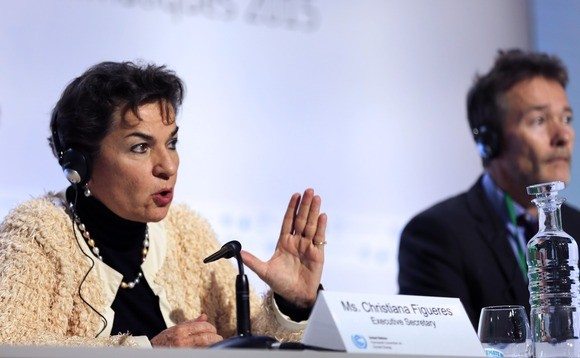 su_note note_color=”#daf2fd” radius=”2″]TN Note: Figueres is now positioned as a frontrunner to become the new Secretary-General of the United Nations. Loved and admired by all, she is the consummate Technocrat and deal-maker among nations. Her rein as Climate-Change tsar has done more to advance Technocracy than anyone in modern history. [/su_note]

Christiana Figueres has today released a video message to mark her last day as executive secretary of the UNFCCC, thanking everyone who supported the “truly amazing journey” from minimal action on climate change to “an historical agreement in Paris in December last year with almost the maximum amount of ambition imaginable.”

She said the Paris Agreement had “opened the door to a sustainable and climate-safe future for all” and expressed her thanks to all of the governments of the world for helping to deliver the deal.

Figueres, who is to be replaced as UNFCCC chief by Mexican diplomat Patricia Espinosa, is currently said to be considering a run for the soon to be vacant post of UN Secretary General.