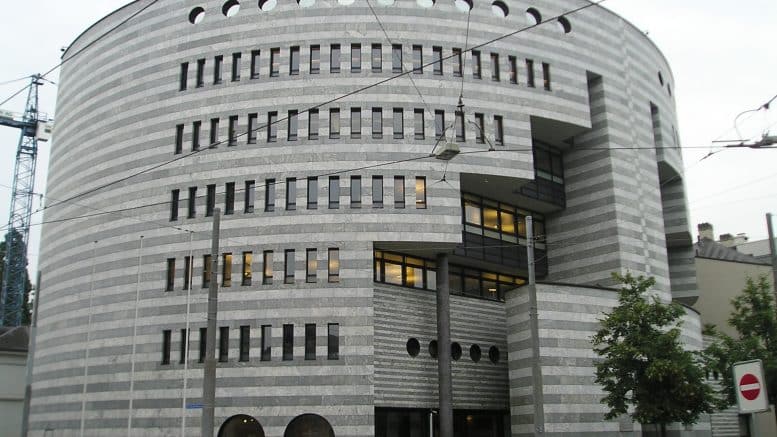 Please Share This Story!
PDF 📄
The BIS is a policy-making central bank to all the central banks of the world, and there is no doubt that it is planning to restructure the entire global financial system (Fintech) to enable the Sustainable Development economic system, aka Technocracy. ⁃ TN Editor

The behaviour of central bankers is rarely (if ever) given sustained coverage in the national press. Outside of prominent economic channels, developments from within institutions such as the International Monetary Fund and the Bank for International Settlements are seldom remarked upon. Instead, attention is restricted to the latest round of political theatrics which serve to disguise the actions and intentions of globalist planners.

As the furore of Brexit gained in intensity last month, BIS General Manager Agustin Carstens gave a speech at the Central Bank of Ireland 2019 Whitaker Lecture. Under the heading, ‘The future of money and payments‘, Carstens mapped out what has been a long standing vision of globalists – namely, to acquire full spectrum control of the international financial system through the gradual abolition of what Bank of England governor Mark Carney has called ‘tangible assets‘ i.e. physical money.

The ‘future of money‘ narrative is one that both the BIS and the IMF have been actively promoting since the advent of Brexit and Donald Trump’s presidency. Here are some links to speeches made by both Christine Lagarde and Agustin Carstens:

Central to the vision for a fully digitised global economy is the intent to reform national payment systems. The UK uses the Real-time gross settlement (RTGS) system, which the majority of payments in Britain are facilitated through. The Bank of England’s Victoria Cleland has emphasised on numerous occasions that the ‘fundamental renewal‘ of the system is being carried out through choice rather than necessity. This would indicate that RTGS works fine in its current manifestation, but the BOE (along with the European Central Bank) have been tasked with assuming more control over their respective payment systems.

As Cleland has confirmed via several speeches, tests on a renewed RTGS have demonstrated that distributed ledger technology (DLT) has the capability to connect to it in the future. Blockchain is a form of DLT, and by extension blockchain works in conjunction with cryprocurrencies like Bitcoin. In February 2019, Cleland intimated that the previous intention to have finalised the RTGS reform by 2020 had been pushed back to 2025.

We are looking at 2025 for completion, with a number of transition states as we head to that. What we want to achieve is more ambitious now, and we are doing some exciting work around innovation and looking at ways of bringing in participants.

The year 2025 is potentially significant as we will later look at.

Returning to Carstens speech at the Central Bank of Ireland, here he spoke of how the reform of payment systems have been ‘infrequent‘ over the decades, with wholesale changes to the nature of money ‘even rarer‘.

But now, attempts to create new forms of money or to engineer new ways to pay appear almost weekly.

The ‘new ways to pay‘ is in part a reference to services such as TransferWise, who have pioneered the introduction of borderless accounts that allow people to hold up to forty currencies at once with the ability to convert them whenever desired. New methods of payments such as this, which grew out of the 2008 financial crisis, bypass banknotes and coins altogether. Money can only be sent, received or converted electronically, unlike at high-street banks or travel bureaus which still offer physical cash. TransferWise describe their service as showcasing ‘bank-level security, minus the banks‘.

When it comes to ‘new forms of money‘, Carstens explains that the current system of central banks issuing banknotes, and commercial banks providing electronic money, is being targeted for reform – in the shape of central bank digital currencies (CBDC’s).

It becomes apparent that two tranches of reform – to payment systems and to how money is used – are in the process of being carried out simultaneously.

In previous articles I have talked about how globalists invariably utilise the vehicle of gradualism when it comes to implementing changes within the financial system. The BIS themselves raised the subject in their final quarterly report of 2017. When seeking to centralise economic power further, central banks work by stealth. It can take many years, even decades, for a plan to become reality.