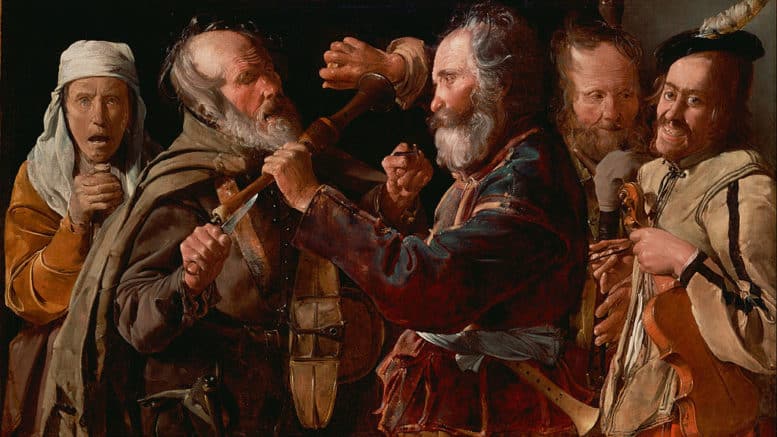 This week, Vox and other outlets reported that Google’s newly created AI ethics board was falling apart amid controversy over several of the board members.

Well, it’s officially done falling apart — it’s been canceled. Google told Vox on Thursday that it’s pulling the plug on the ethics board.

The board survived for barely more than one week. Founded to guide “responsible development of AI” at Google, it would have had eight members and met four times over the course of 2019 to consider concerns about Google’s AI program. Those concerns include how AI can enable authoritarian states, how AI algorithms produce disparate outcomes, whether to work on military applications of AI, and more. But it ran into problems from the start.

Thousands of Google employees signed a petition calling for the removal of one board member, Heritage Foundation president Kay Coles James, over her comments about trans people and her organization’s skepticism of climate change. Meanwhile, the inclusion of drone company CEO Dyan Gibbens reopened old divisions in the company over the use of the company’s AI for military applications.

Board member Alessandro Acquisti resigned. Another member, Joanna Bryson, defending her decision not to resign, claimed of James, “Believe it or not, I know worse about one of the other people.” Other board members found themselves swamped with demands that they justify their decision to remain on the board.

Thursday afternoon, a Google spokesperson told Vox that the company has decided to dissolve the panel, called the Advanced Technology External Advisory Council (ATEAC), entirely. Here is the company’s statement in full:

It’s become clear that in the current environment, ATEAC can’t function as we wanted. So we’re ending the council and going back to the drawing board. We’ll continue to be responsible in our work on the important issues that AI raises, and will find different ways of getting outside opinions on these topics.

The panel was supposed to add outside perspectives to ongoing AI ethics work by Google engineers, all of which will continue. Hopefully, the cancellation of the board doesn’t represent a retreat from Google’s AI ethics work, but a chance to consider how to more constructively engage outside stakeholders.

The board was turning into a huge liability for Google

The board’s credibility first took a hit when Alessandro Acquisti, a privacy researcher, announced on Twitter that he was stepping down, arguing, “While I’m devoted to research grappling with key ethical issues of fairness, rights & inclusion in AI, I don’t believe this is the right forum for me to engage in this important work.”

Meanwhile, the petition to remove Kay Coles James has attracted more than 2,300 signatures from Google employees so far and showed no signs of losing steam.

As anger about the board intensified, board members were drawn into extended ethical debates about why they were on the board, which can’t have been what Google was hoping for. On Facebook, board member Luciano Floridi, a philosopher of ethics at Oxford, mused:

Asking for [Kay Coles James’s] advice was a grave error and sends the wrong message about the nature and goals of the whole ATEAC project. From an ethical perspective, Google has misjudged what it means to have representative views in a broader context. If Mrs. Coles James does not resign, as I hope she does, and if Google does not remove her (https://medium.com/…/googlers-against-transphobia-and-hate-…), as I have personally recommended, the question becomes: what is the right moral stance to take in view of this grave error?

He ended up deciding to stay on the panel, but that was not the kind of ethical debate Google had been hoping to spark — and it became hard to imagine the two working together.

That wasn’t the only problem. I argued a day ago that, outrage aside, the board was not well set up for success. AI ethics boards like Google’s, which are in vogue in Silicon Valley, largely appear not to be equipped to solve, or even make progress on, hard questions about ethical AI progress.

A role on Google’s AI board was an unpaid, toothless position that cannot possibly, in four meetings over the course of a year, arrive at a clear understanding of everything Google is doing, let alone offer nuanced guidance on it. There are urgent ethical questions about the AI work Google is doing — and no real avenue by which the board could address them satisfactorily. From the start, it was badly designed for the goal.

Now it has been canceled.