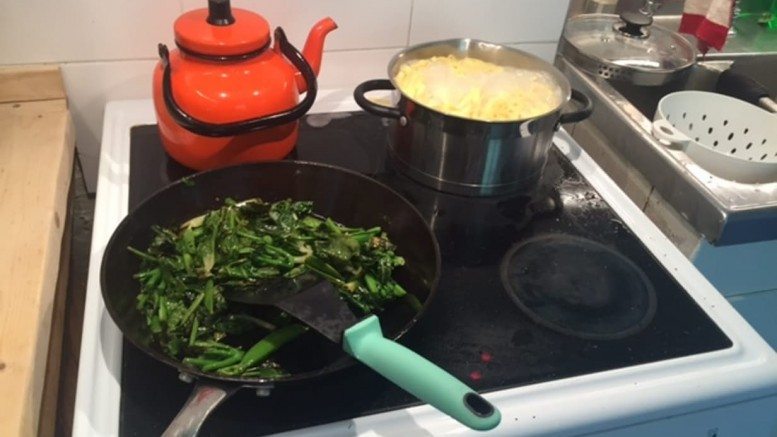 Out of the lab and into the fields: Cabbage DNA was modified using CRISPR technology and then ‘released’ to the wild. The genie is out of the bottle and dozens of companies are racing to compete. ⁃ TN Editor

It’s not often that two people sitting down to dinner marks a huge step forward for science, but that was the case when two men in Sweden tucked into a meal of pasta and fried vegetables recently. The historic ingredient? Cabbage that had had its genome edited with CRISPR-Cas9, making it the first time such a plant had been grown, harvested, cooked and eaten.

CRISPR genome editing is a revolutionary, relatively easy technique that allows scientists to make changes to the DNA of a living organism. Using it to remove certain genetic mutations could lead to the prevention of hereditary diseases, and scientists have already tested it with disorders like Duchenne muscular dystrophy, retina degeneration and even HIV. In plants, it could help improve crop resistance to pests or weather conditions, or increase the yield and nutritional value of foods.

The cabbage grown and served for this landmark meal had been edited to remove a protein called PsbS, “a so-called safety valve in photosynthesis.” Stefan Jansson, a biology professor at Umea University in Sweden, planted and cultivated the crop in his own veggie patch, before serving it up for Gustaf Klarin, a local radio reporter. Along with the fried CRISPR cabbage, Jansson cooked up tagliatelle pasta, Swiss chard, snowpeas, cheese, onion and bruschetta bread, and apparently the meal was a rousing success.

“To our delight – and to some extent to my surprise – the meal turned out really nice, though,” Jansson wrote in his blog, chronicling the event. “Both of us ate with great relish. Gustaf even thought the cabbage was the best tasting vegetable on the plate. And I agreed.”