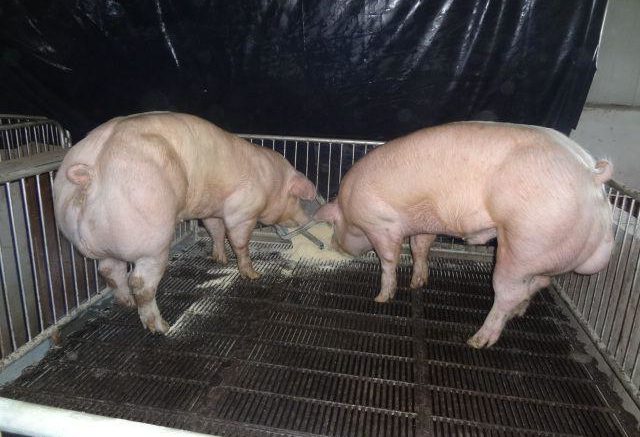 Please Share This Story!
PDF 📄
China’s Technocracy has a scientific solution for everything, including food. Pork is a staple ingredient in the Chinese diet, but no one knows the long-term health effect of eating genetically modified meat. ⁃ TN Editor

Mutant pigs are to muscle their way onto the dinner tables of China – after the nation fell out of love with fatty meat.

The giant beasts are to become a staple in the pork-loving country which celebrates the start of the Year of the Pig today.

The news comes after China’s Ministry of Agriculture announced hefty hogs have fallen out of fashion due to demands for lean meat.

As the world’s biggest producer and consumer of pork, China has been domesticating hogs to eat for more than 8,000 years.

However, traditional breeds like Jinhua and Chenghua are now dying off as they are deemed too unhealthy for a modern diet.

In 1994, these prize porkers made up 90 per cent of the market in China, but now they account for less than two per cent.

And that leaves the barn door open for double-muscled pigs already being bred in Asia to fill the gap in the market.

Farmers in Cambodia are flogging the breed’s semen across the continent to those looking to cash in on the ‘Frankenswine’ frenzy.

Scientists in South Korea were credited with originally genetically-engineering the mighty hogs to avert a future pork shortage crisis.

And they say the mutation is safe because rather than transplanting genes from one species to another they are simply editing genes.

Jin-Soo Kim, a biologist at Seoul National University said this way you can quickly create the perfect leaner pig for slaughter.

He said: “We could do this through breeding. But then it would take decades.”

Although, the exact fat content of the mutant pigs is not known, their Chinese counterparts only supply 40 per cent lean meat, reports SCMP.

However, not everybody is a fan of the mutant porkers.