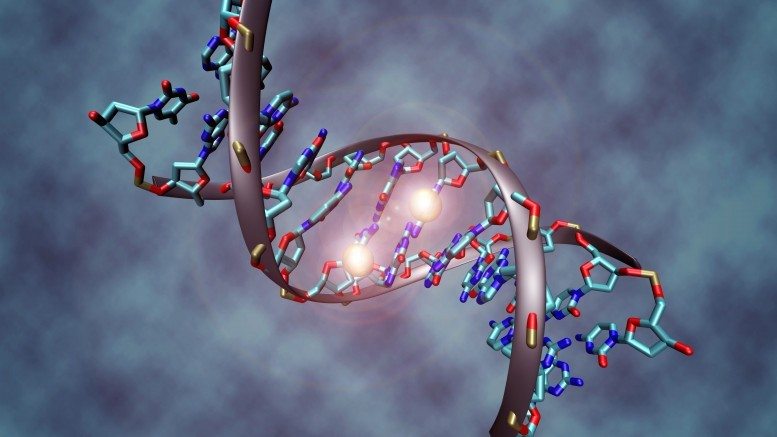 TN Note: This is a new discovery relating to manipulating the human genome. Previously, editing the DNA strand was a linear process, but now the much more advanced method of 3-D editing is being perfected. This will unquestionably bolster the transhuman movement to push ahead with actual experimentation on humans in the future.

Ever since the human genome was mapped in 2001, scientists have been finding new and novel ways to manipulate it: intervening to remove offending genes or DNA sequences that can contribute to disease, and fixing mutations that can affect people’s health. As remarkable as those advances have been, however, they have only occurred on one dimension—the linear sequence of DNA.

Now scientists report in the Proceedings of the National Academy of Sciences their success in manipulating the genome in 3D. The human genome that’s squeezed into every microscopic cell in the body measures more than two meters long. To stuff it into a space just a few microns wide (the human hair, by comparison, is 40 to 50 microns in diameter) requires some masterful origami-like transformation.

In the study, Erez Lieberman Aiden, director of the center for genome architecture at Baylor College of Medicine and Rice University, and his colleagues describe how DNA performs this shrinking act. It turns out that there is a sequence in the genome—a DNA “word”—that signals when a long string of DNA should turn and form a loop. The end of that loop is signaled by the same word but in reverse, a mirror image of the original. Where these matched-up words appear on the genome determines which genes are exposed in a relatively accessible place and therefore which genes are more active. Loops formed in cells in the heart, for example, will be different from ones generated in skin cells or bone cells.