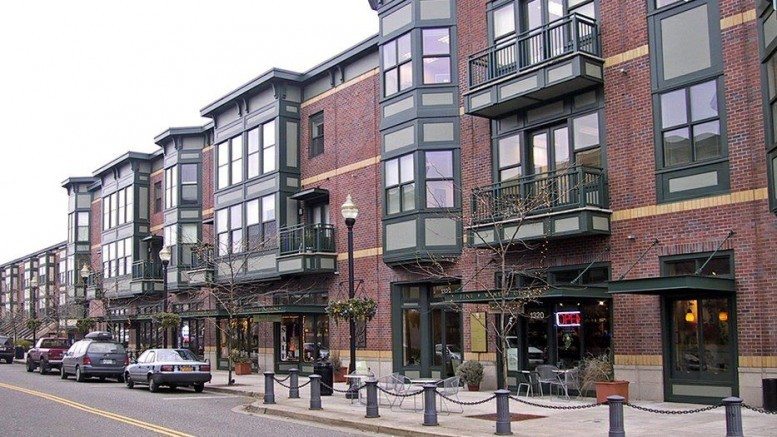 TN Note: Smart Growth is a mainstay of Agenda 21 and Sustainable Development, and has been implemented all over the United States. The risks of Smart Growth have been exposed for many years, but few have listened. This is an important look backward to see that critical arguments from 2001 are still valid today.

Transportation is essential to the daily life of nearly every American. Millions of people flock onto the freeways and streets to accomplish innumerable tasks each day. Americans love their cars. No other mode of transportation provides the same individualized choices, schedules, and overall convenience as the automobile.

Despite the obvious advantages of automotive transportation, politicians and environmentalists continue to praise mass transit. They cite all kinds of data aimed at denigrating automotive transportation while claiming that public transportation works better and is more efficient. However, even though billions of dollars have been spent on such systems, they continue to lose money and passengers. The most recent effort of the public-transit crowd is to push for the construction of light-rail systems in urban areas. These projects are terribly expensive and provide few benefits to the communities where they are built. As of 1998, annual spending on public transit was $4.6 billion, and that amount is expected to climb to $8.2 billion by 2002 under the terms of the Transportation Efficiency Act for the 21st Century.[1]

The focus on reducing automotive usage stems from environmental concerns. Environmentalists suggest that automobiles are just plain bad for the environment. In truth, the environmental agenda is larger than simply reducing automobile usage. “Smart growth” policies are intended to significantly change American lifestyles. Thus public transportation is just one piece of the puzzle that environmentalists aim to use to cure the ills that individual automotive use has created. However, the arguments for these projects are not supported by the data and do not follow from a cost-benefit analysis. In fact, public transportation does not work, nor will it work, no matter how much money is thrown at it. Without the continual influx of government funding, many of these public-transportation efforts would fail, and fail spectacularly.

The recent efforts to promote increased public transit stem from “new urbanism” policies also known as “smart growth.” Former Vice President Al Gore is among the many supporters of these plans. Free-market environmental writer Randal O’Toole summarized the details of smart growth by outlining what these modern-day social engineers believe will result from the implementation of their ideas. According to the proponents of smart growth, metropolitan areas should be denser. To accomplish this, legislation would be enacted to forbid new construction on land outside the main urban area, and transportation would be redirected away from individualized roadways towards mass-transit routes. The aim is to eliminate all means of private transportation except for walking and bike riding.

In essence, proponents seek to eliminate individual liberty. To accomplish this, the reformers want to prohibit investments in new roadway construction and to divert the revenues generated by gasoline taxes to public-transit projects, namely light rail. Any investments aimed at roadways would be used to reduce their capacity. Smart-growth activists refer to this destruction of roads as “traffic calming.” To be sure, the vehicles on the road would not be moving very fast, but we seriously doubt that the drivers would be calm.[2]

New residential developments would be transit-oriented and focus on high-density, multi-family complexes near rail stations or along transit corridors. These developments would be designed to make it difficult to use one’s automobile. In other words, they will have narrow streets and wide sidewalks. Stores would front the sidewalk and there would be few, if any, parking lots.[3] The clear aim of such projects is to force people to use the state-provided transportation services, thus limiting their mobility and freedom.

In support of their smart-growth agenda, environmental utopians argue that urban sprawl is to blame for many of society’s ills. These include increasing income inequality, job insecurity, central-city decline, increasing housing costs, long commutes, environmental problems (especially global warming), species extinction, loss of farmland, a sense of isolation, elevated blood pressure, muscle tension, intolerance, psychological disorientation, and even murder and mayhem.[4] Supposedly, smart growth is the medication needed to heal these illnesses. However, will such an agenda cure anything?

Falsified by the Data

The arguments for this agenda are inherently flawed and can readily be exposed as false when the data are examined. Wendell Cox argued convincingly that the so-called ills associated with urban sprawl would only be magnified by smart-growth policies. First, traffic congestion is greater in the compact city. “Urban areas with higher levels of traffic congestion, as measured by the federal government’s Roadway Congestion Index, have higher population densities.”[5]Since cars pollute more when stuck in traffic, more pollution will accompany higher-density cities. Forcing more people onto less road space will only slow traffic and increase air pollution.[6] This is borne out by the Environmental Protection Agency’s own data, which indicate that metropolitan air pollution is more extreme in the densest areas and nonexistent in those that are least dense.