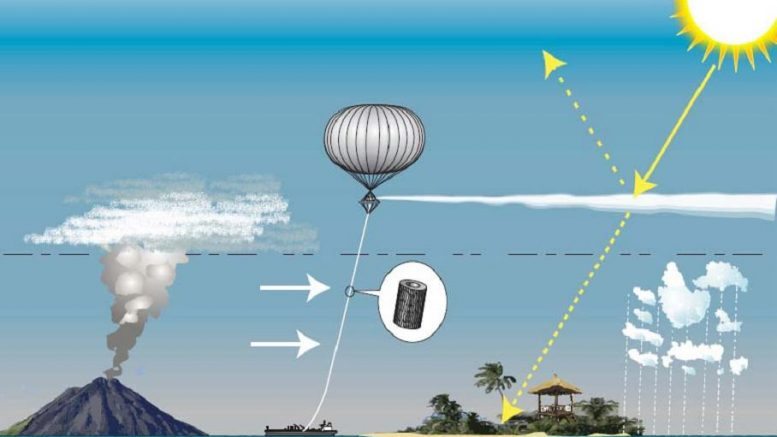 Cooling the earth by blocking sunlight would drastically reduce food production, increase migration, regional conflicts and wars. Geoengineers have apparently fallen into the anti-human cult that has no regard for human life. They claim that they are ‘saving’ the world, but in fact, they will destroy it. ⁃ TN Editor

At TED, a conference about big ideas that’s largely attended by tech luminaries, it was inevitable that geoengineering — the idea of changing the earth’s atmosphere to halt or reverse climate change — would come up. During the 2017 TED talks in Vancouver, Canada, multiple speakers brought up geoengineering ideas — but one climate scientist pushed back.

On Wednesday morning, computer theorist Danny Hillis got onstage and proposed a series of ideas for what he called a “thermostat to turn down the temperature of the earth.”

Hillis, the founding partner of tech innovation company Applied Invention, rattled off a number of geoengineering concepts that have popped up in recent years, including building giant parasols in space, putting fizzy water into the ocean, and sending chalk into the atmosphere so that it can reflect sunlight and theoretically cool down the earth.

“We’d have to put chalk up at a rate of 10 teragrams a year to undo the effects of CO2 we’ve already released,” he said. Here’s how he visualized that on stage:

“It would be like one hose for the entire Earth,” he said.

There are countless reasons why geoengineering schemes like this could be dangerous. There’s a fear that people will stop trying to reduce emissions if they think there’s a quicker fix for the problem, and there are also many risks that come with messing with the planet in ways we don’t fully understand. Even advocates tend to acknowledge these issues.

“I have some very good friends in the audience who I respect a lot who really don’t think I should be talking about this,” Hillis admitted.

“Danny, you seem so nice, and I hope we can be friends, and you terrify me,” she said.

Geoengineering, she said, is like going to a doctor who says ‘You have a fever, I know exactly why you have a fever, and we’re not going to treat that. We’re going to give you ibuprofen, and also your nose is going to fall off.’ It is, Marvel believes, a band-aid for the problem accompanied by consequences we can’t currently imagine.

Good read regarding the exploitation of Arctic resources can be found at http://www.cfr.org/arctic/arctic-imperatives/p38868?cid=otr-marketing_use-ArcticImperatives/

This talk about considering geoengineering is riddled with lies and deceit
from the start. These programs have been ongoing since 1945 and have been ramped up since 1998 in plain view for all to see. They have already done great damage to the biosphere by orders of magnitude.

Well, the fact is that Geoenginnering has been going on for about 70 years and since about 1999 has been ramped up to unimaginable levels!

[…] is a link to the article in question – https://www.technocracy.news/geoengineering-goes-mainstream-ted-conference/ Here is the interactive slide presentation associated with today’s report […]