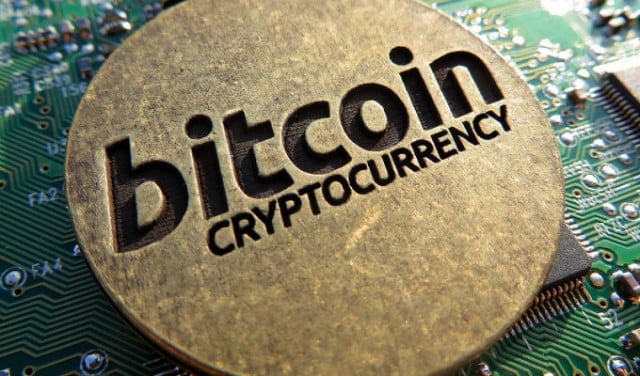 As an economic system, Technocracy needs an appropriate type of currency as an accounting system, and blockchain technology is a likely foil. However, Technocrats in the 1930s said that energy was the only appropriate accounting system. As I read this, I would fully expect to see a global blockchain system having some relation to, or ‘peg’, to either carbon or energy itself. Either way, the days of the ‘wild west’ for Bitcoin may be in jeopardy. ⁃ TN Editor

Interest in Bitcoin is red hot at the moment. It’s impossible to open a website, listen to a podcast, or watch a video in the financial space without hearing about the meteoric rise in the price of Bitcoin.

Maybe you know a “Bitcoin millionaire” who bought five hundred Bitcoins a few years back for $50,000 and is now sitting on a Bitcoin fortune worth over $2,000,000. It’s true, those people actually do exist.

Yet the crypto-hysteria is distracting you from a scary truth no one is talking about. There is every indication that governments, regulators, tax authorities, and the global elite are moving in for the crypto-kill. The future of Bitcoin may be a dystopia in which Big Brother controls what’s called “the blockchain” and decides when and how you can buy or sell anything and everything.

Furthermore, cryptocurrency technology could be the very mechanism used by global elites to replace the dollar based financial system.

In 1958, Mao Zedong, the leader of the Communist Party of China and China’s dictatorial leader was confronted with demoralized intellectuals and artists who were alienated by Communist rule. As a policy response, he declared a new policy of intellectual freedom.

Mao declared, “The policy of letting a hundred flowers bloom and a hundred schools of thought contend is designed to promote the flourishing of the arts and the progress of science.”

This declaration is referred to as the “Hundred Flowers Campaign” (often misquoted as the “thousand flowers campaign”). The response to Mao’s invitation was an enthusiastic outpouring of creative thought and artistic expression.

What came next was no surprise to those familiar with the operation of state power. Once the intellectuals and artists emerged, it was easy for Mao’s secret police to round them up, kill and torture some, and send others to “reeducation camps” where they learned ideological conformity.

The Hundred Flowers Movement was a trap for those who placed their trust in the state. It was also a taste of things to come in the form of the much more violent and comprehensive Cultural Revolution of 1964–1974 in which all traces of Chinese bourgeoisie culture and much of China’s historical legacy were eradicated.

Something similar is going on with Bitcoin and the Distributed ledger technology (DLT) today. Governments have been patiently watching blockchain technology develop and grow outside their control for the past eight years.

Libertarian supporters of blockchain celebrate this lack of government control. Yet, their celebration is premature, and their belief in the sustainability of powerful systems outside government control is naïve.

Governments don’t like competition especially when it comes to money. Governments know they cannot stop blockchain, in fact they don’t want to. What they want is to control it using powers of regulation, taxation, and investigation and ultimately more coercive powers including arrest and imprisonment of individuals who refuse to obey government mandates with regard to blockchain.

Blockchain does not exist in the ether (despite the name of one cryptocurrency) and it does not reside on Mars. Blockchain depends on critical infrastructure including servers, telecommunications networks, the banking system, and the power grid, all of which are subject to government control.

A group of major companies, all regulated by government, have announced a joint effort to develop an open-source blockchain as a uniform standard for all blockchain applications. The group includes JPMorgan, Wells Fargo, State Street, SWIFT, Cisco, Accenture, the London Stock Exchange and Mitsubishi UFJ Financial. That’s not exactly five guys in hoodies working in a garage. That’s a sign of the corporate-state consortium taking over.

This new law will not only provide a regulatory scheme for state regulators, but will also be a platform for litigation by private plaintiffs and class action lawyers seeking recourse against real or imagined abuses by digital coin exchanges and facilities. Once litigation begins, anonymity is the first casualty.

Cryptocurrencies and the Super-Elites Plan

On August 1, 2017, the SEC announced “Guidance on Regulation of Initial Coin Offerings,” the first step toward requiring fundraising through blockchain-based tokens to register with the government.

On August 1, 2017, the World Economic Forum, host body to the Davos conference of global super-elites, published a paper entitled “Four reasons to question the hype around blockchain.”

On August 7, 2017, China announced they will begin using blockchain to collect taxes and issue “electronic invoices” to citizens there.

Perhaps most portentously, the International Monetary Fund (IMF) has weighed in. In a special report dated June 2017, the IMF had this to say about blockchain:

“Distributed ledger technology (DLT), in particular, could spur change in the financial sector. …. DLT can be categorized as “permissionless” or “permissioned” depending on who can participate in the consensus-driven validation process. Permissionless DLTs allow anyone to read, transact on, and participate in the validation process. These open schemes (that underlie Bitcoin, for instance) could be very disruptive if successfully implemented. By contrast, in permissioned DLTs, the validation process is controlled by a pre-selected group of participants (“consortium”) or managed by one organization (“fully-private”), and thus serve more as a common communications platform.” (emphasis added).

IMF releases require expert translation because they are never written in plain English, and the real meaning is always hidden between the lines. But, the thrust of this report language is clear. The IMF favors “permissioned” systems over “open schemes.” The IMF also favors control by a “pre-selected group of participants” or “one organization,” rather than allowing “anyone” to participate.

This paper should be viewed as the first step in the IMF’s plan to migrate its existing form of world money, the special drawing right or SDR, onto a DLT platform controlled by the IMF. In time, all other forms of money would be banned.

These and other developments all point toward an elite group including the IMF, JPMorgan, the Davos crowd, the IRS, SEC, and other agencies converging to shut down the existing free-wheeling blockchain ecosphere, and replace it with a “permissioned” system under “consortium” control.

Big Brother is coming to the blockchain.

Ed. Note: Subscribers to The Daily Reckoning will get exclusive, forward-leaning commentary sent straight to their inboxes every day. What you’re reading here on our site is just a slice of the independent forecasts we offer our readers. Signing up is easy, costs you nothing — and aims to be the most entertaining and informative part of your day.