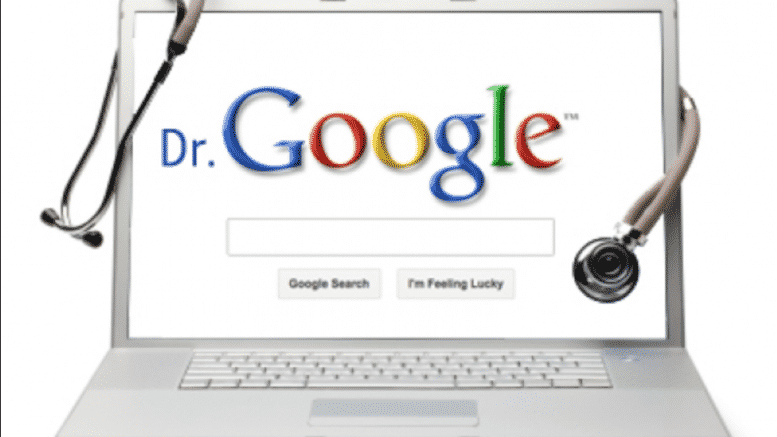 Whatever happened to patient privacy and the Health Insurance Portability and Accountability Act (HIPAA) passed by Congress in 1996? Technocrats at Google do what they want in total disregard for the law.

Although Google and other Technocrat Big Tech companies have been busted dozens of times by government bodies at all levels, they patently and routinely ignore all legal, ethical and moral restraints.

Do  you trust Google with 100% of your health records under its control? Do you think that Google would not use such data in other divisions of the company unrelated to health care?

It is now much more clear why Google bought FitBit for $2.1 billion earlier this month: that is, to gain access to real-time health data of FitBit’s 28 million active users around the world. It is plainly evident that Google intends to become the Amazon of your health care. ⁃ TN Editor

Google is engaged with one of the U.S.’s largest health-care systems on a project to collect and crunch the detailed personal-health information of millions of people across 21 states.

The initiative, code-named “Project Nightingale,” appears to be the biggest effort yet by a Silicon Valley giant to gain a toehold in the health-care industry through the handling of patients’ medical data. Amazon.com Inc., Apple and Microsoft Corp. are also aggressively pushing into health care, though they haven’t yet struck deals of this scope.

Google began Project Nightingale in secret last year with St. Louis-based Ascension, a Catholic chain of 2,600 hospitals, doctors’ offices and other facilities, with the data sharing accelerating since summer, according to internal documents.

The data involved in the initiative encompasses lab results, doctor diagnoses and hospitalization records, among other categories, and amounts to a complete health history, including patient names and dates of birth.

The tech giant is teaming with Ascension on an ambitious project to crunch patient data for treatment and administrative purposes.

Neither patients nor doctors have been notified. At least 150 Google employees already have access to much of the data on tens of millions of patients, according to a person familiar with the matter and the documents.

In a news release issued after The Wall Street Journal reported on Project Nightingale on Monday, the companies said the initiative is compliant with federal health law and includes robust protections for patient data.

Some Ascension employees have raised questions about the way the data is being collected and shared, both from a technological and ethical perspective, according to the people familiar with the project. But privacy experts said it appeared to be permissible under federal law. That law, the Health Insurance Portability and Accountability Act of 1996, generally allows hospitals to share data with business partners without telling patients, as long as the information is used “only to help the covered entity carry out its health care functions.”

Google in this case is using the data in part to design new software, underpinned by advanced artificial intelligence and machine learning, that zeroes in on individual patients to suggest changes to their care. Staffers across Alphabet Inc., Google’s parent, have access to the patient information, internal documents show, including some employees of Google Brain, a research science division credited with some of the company’s biggest breakthroughs.

Please stop posting articles that are behind paywalls. It defeats the purpose of raising public awareness, since readers will follow the link, be annoyed, and click off to something else.

That’s the way it is sometimes. When a story about Technocracy is important enough to be seen, it will posted here no matter where it comes from.

“…saving lives.” Google states? HA–ROFL!? Tell us all Google exactly HOW is your ravenous addiction to profit going to ‘save’ anyone’s life? Corporate BS marketing will not do it. I see it, as do many. Serious issues with privacy are the smallest concern here. The track record? Google’s politically opinionated Eugenics/Transhuman oriented Execs and SJWs employees who have been caught many, many times lying and hiding the truth about their practices, as well as their business model of skulking about in a secretive bent known to everyone as their company’s mission statement/motto will kill not save people. When their barely… Read more »