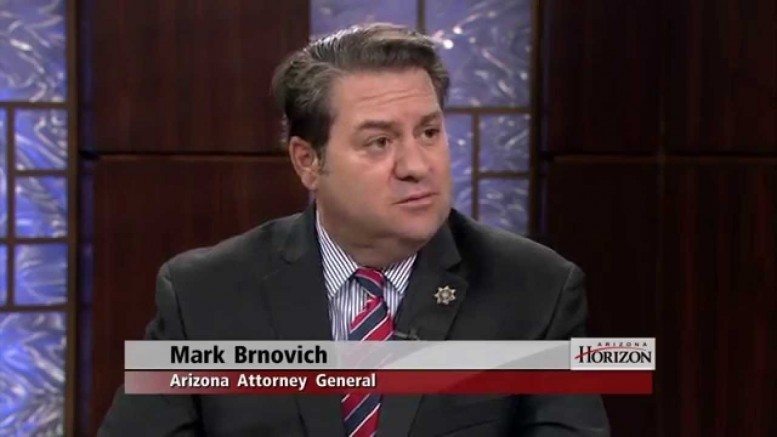 TN Note: The progressive movement launched policies that encourage legal penalties for anyone ‘denying’ climate change. They reason that all denial is based on a refusal to accept the clear, established science of global warming. The problem, of course, is that there is no clear, established science of global warming. In fact thousands of scientists have lined up on the opposite side of the issue while charging data fraud and intellectual corruption. Now, GOP Attorneys General are fighting back, warning their denier-bashing counterparts to back off.

If Democratic attorneys general can pursue climate change skeptics for fraud, then also at risk of prosecution are climate alarmists whose predictions of global doom have failed to materialize.

The “cuts both ways” argument was among those raised by 13 Republican attorneys general in a letter urging their Democratic counterparts to stop using their law enforcement power against fossil fuel companies and others that challenge the climate change catastrophe narrative.

Consider carefully the legal precedent and threat to free speech, said the state prosecutors in their letter this week, headed by Alabama Attorney General Luther Strange.

The 17 attorneys general — 16 Democrats and one independent — announced at a March 29 press conference that they had formed a coalition, AGs United for Clean Power.

“We think this effort by our colleagues to police the global warming debate through the power of the subpoena is a grave mistake,” said the letter.

LETS face it,THE ENTIRE GOVERNMENT is ran by the commies now,Everyone sees the police gangs Killing children,since when has THAT BEEN OK??the american people who are nothing but YELLOW COWARDS,will have to stand up at some point,and the police are already bragging they plan to kill anyone who resists,THATS why they practice shooting at targets of your women and children,AMERICA…Your going into SLAVERY,and they’ll soon be coming to take YOU and everything you own,say good by to your children cowards……

LOL! Guess that’s one way to SHUT the liars up. A taste of their own medicine.