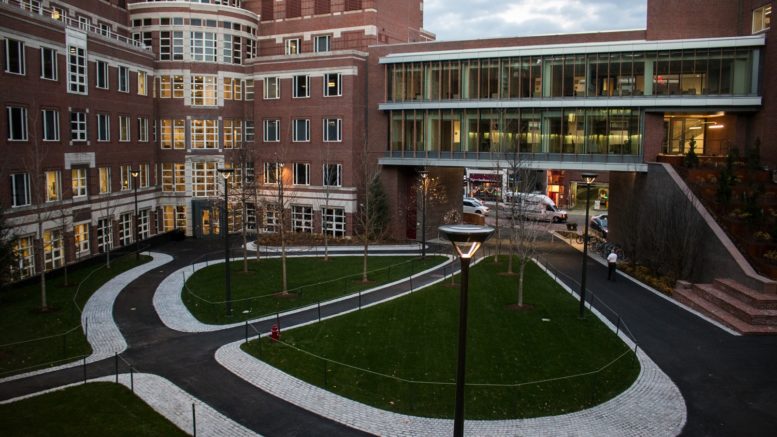 Please Share This Story!
PDF 📄
Caution on Technocracy sometimes comes from the oddest places. In this instance, from the Chair of the Systemic Risk Council and a Senior Fellow at Harvard. He concludes, “Even if, as I believe, technocrats need to retreat somewhat, the larger recommendation is that elected legislators need to step up.” ⁃ TN Editor

In the United States, the marginal lawmaker in many fields is an unelected technocrat, sitting in a court or administrative agency. This is because the U.S. Congress has powerful incentives to delegate without setting clear goals or objectives, and the Supreme Court has incentives to let such delegations stand if government is to proceed. The effect is to leave judges at all levels with a choice between “deferring” to agency policy or imposing their own.

Meanwhile, one part of the administrative system, central banking, has emerged as a third pillar of unelected power, alongside the judiciary and the military. Unlike most agencies, central banking spans almost all the functions of government: fiscal, through monetary policy’s latent powers; regulatory, through banking supervision; services, by effecting payments transfers and collecting statistics; and the emergency state’s crisis management, by acting as the lender of last resort.

It will not do to declare the administrative state unlawful, as that is not going to lead anywhere very much. But nor will it do to fall back into acquiescence in or even celebration of the rise of government by technocracy. If nothing else, passive acceptance is unlikely to be sustainable. One of representative democracy’s many remarkable characteristics is that it separates how we, citizens, feel about the government of the day from how we feel about the system of government. When, inevitably, parts of government fail or underperform—sometimes massively, as in the run up to the financial crisis—we can vote out our governors. But we cannot vote out our unelected governors.

This predicament cannot be remedied solely by a certain kind of liberalism, centered on legal checks on the proper excise of power. Liberal constraints are necessary, but not sufficient. If a democratic deficit afflicts central banks and independent regulators, the judiciary cannot cure it.

My recently published book, Unelected Power, tries to make sense of this predicament, offering a solution framed as “principles for delegation” in healthy constitutional democracies. I sketch only a few of the principles here.

In order to address the problem, legislators and commentators should take seriously the different degrees of insulation agencies have from day-to-day politics: insulation from the elected executive, through job security and instrumental autonomy, or insulation from the legislature, through budgetary autonomy, or from both. Although the book outlines some precepts for delegating to executive agencies and to semi-independent agencies like the U.S. Securities and Exchange Commission (SEC), I focus primarily on agencies insulated from both elected branches—the only group that deserves the label “independent agencies.” Few truly independent agencies exist in the United States compared with some European countries.

The case for delegating to independent agencies cannot be expertise. Although expertise is necessary, expert bodies could be charged with publishing advice to political decisionmakers rather than deciding policy themselves. The most compelling rationale for delegation-with-insulation is, rather, the value of making credible commitments to policy objectives that enjoy wide support across the political community. Insulated technocrats, who are not engaged in a contest for short-term popularity, can better commit if their professional and public reputation can be harnessed to delivering a delegated mandate.

But if, as I argue, independent agencies are institutional technology for committing to the people’s purposes, the people had better be let in via public debate centered on the elected legislature. More specifically, the objective set by the legislature had better be clear and monitorable. Otherwise, how would people know what the policy commitment was, and so how could the technocrats’ self-regard be harnessed?

That call for cross-party and public consensus before insulting agencies from day-to-day politics is not as innocuous as it might seem. In many fields, sufficient consensus on policy purposes does not exist to warrant delegation-with-insulation. To state the obvious, while there are not serious calls for high and volatile inflation or for more financial crises, the constituency for environmental policy is, putting it mildly, fractured.

Moreover, across the advanced economy democracies, many, perhaps most, independent regulators have multiple equally ranked objectives, each vague. Whatever remains of the U.S. non-delegation doctrine that Congress cannot give law-making powers to administrative agencies unless the delegating statute constrains the regulators via an “intelligible principle,” judicial practice has reduced those words to rather peculiar—and, to citizens, opaque—terms of art.

But even if clear and monitorable objectives were suddenly to descend from the ether, there is something incomplete in this analysis. Problems of commitment run right through every part of government, so making that a sufficient condition could easily become a recipe for delegating pretty much everything to independent agencies like the Federal Reserve, as tantalizingly proposed two decades ago in an essay by Alan S. Blinder. Instinctively, as citizens we know the answer: Under the West’s system of representative government, the public does not want to let independent agencies make big choices on distributional questions or basic values.

Contrary, however, to President Woodrow Wilson’s hopes at the turn of the last century, a neat dichotomy between politics and administration does not exist. What counts as politics can be determined only through politics itself—another reason why delegation-with-insulation requires careful public debate.