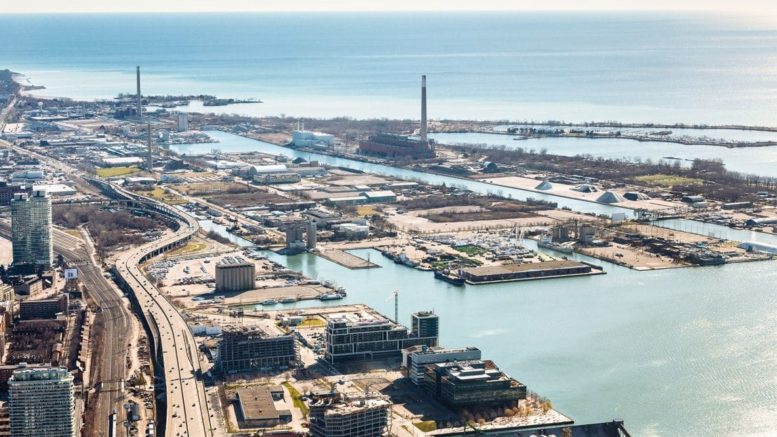 Google chose Toronto as a model test site for their vision of a ‘Smart City.” However, Canadian activist Bianca Wylie has Google’s number: “We need to change our laws to reject surveillance capitalism as a social norm.” People are rallying to Wylie’s reasoning, and they are forcing exposure, transparency and accountability, which is something Google was trying to avoid altogether. ⁃ TN Editor

Behind a cloak of shrubbery in a gritty Toronto neighborhood lies a brick duplex, the home of Bianca Wylie, a 39-year-old mother of two on a mission to upend big tech’s latest pet project: “smart” cities. In a living room office overflowing with books and baby toys, Wylie settles into an armchair and unspools the story of how she found herself up against the mother of all Internet companies.

In October 2017, Sidewalk Labs, a Google-affiliated company looking to make urban life more streamlined, economical and green by infusing cities with sensors and data analytics, announced plans to build the world’s first neighborhood “from the Internet up” on 12 acres of the Toronto waterfront, an area known as Quayside. Sidewalk aims to, for example, build an “advanced microgrid” to power electric cars, design “mixed-use” spaces to bring down housing costs, employ “sensor-enabled waste separation” to aid recycling and use data to improve public services.

The company’s long-term vision is to expand to the adjacent Port Lands, a valuable 800-acre tract of industrial waterfront. And from there, as Prime Minister Justin Trudeau said at a press conference to unveil the project, to “other parts of Canada and around the world.” Quayside will be “a testbed for new technologies,” Trudeau declared in rousing tones. “Technologies that will help us build smarter, greener, more inclusive cities.” The media was then treated to a series of utopic renderings of a futuristic neighborhood featuring driverless buses, green-roofed condos and carefree children
running barefoot amid butterflies.

Wylie, however, has zero tolerance for smart city PR-speak. “The smart city industry is a Trojan horse for technology companies,” she told The WorldPost. “They come in under the guise of environmentalism and improving quality of life, but they’re here for money.”

Wylie’s resume is filled with positions in IT, government consultancies and corporate development. More recently, she’s worked part-time as a professor while volunteering for various “open data” and “civic tech” initiatives. Last November, she launched Tech Reset Canada (TRC) with three other activist-entrepreneurs — all women.

The group describes itself as “pro-growth” and “pro-innovation” but questions whether a top-down smart city project by an American tech behemoth is really in the best interests of Toronto’s citizens. “This is a story about governance, not urban innovation,” Wylie said. “There is nothing innovative about partnering with a monopoly.”

TRC’s founders are not opposed to the concept of smart cities in principle. Their concerns revolve around the collection and commodification of urban data and whether that occurs through a democratic process or via corporate fiat.

As it is, technological innovation has far outpaced lawmakers’ ability to establish the rules of the road, whether in the context of Google and Facebook’s immensely profitable endeavor to commodify Internet browsing activity or Internet-connected assistants like Amazon’s Alexa, which eavesdrops on your every conversation while awaiting your commands. But critics of the smart city industry say that it brings the disconnect between policy and digital intrusions on privacy to another level.

Sidewalk’s vision for Quayside — as a place populated by self-driving vehicles and robotic garbage collectors, where the urban fabric is embedded with cameras and sensors capable of gleaning information from the phone in your pocket — certainly sounds Orwellian. Yet the company contends that the data gathered from fully wired urban infrastructure is needed to refine inefficient urban systems and achieve ambitious innovations like zero-emission energy grids.

But so far, the virtual world has been something we opt into — giving up various rights in the terms of service agreements we hastily click closed — and can opt out of if we so choose. It’s one thing to willingly install Alexa in your home. It’s another when publicly owned infrastructure — streets, bridges, parks and plazas — is Alexa, so to speak. There’s no opting out of public space, or government services, for which Sidewalk Labs appears eager to provide an IT platform. An integral component of the proposal for Quayside is an identity management system: a “portal through which each resident accesses public services,” whether library cards, drivers’ license renewals or healthcare.

Who will own the data streaming from sensors in every park bench, lamppost and dumpster in Quayside? No one at Sidewalk Labs, nor in local government, has given a straight answer to that question yet.

Wylie doesn’t see it as a topic for debate. “Data produced by the public should be publicly owned and managed transparently,” she said. “A lot of the urban problems that smart-city projects propose to address don’t require a technological solution. Toronto’s affordable housing crisis isn’t going to be solved with more data — it’s political will that’s lacking.”

Quayside, Toronto: The Fight Against Google’s Smart City Experiment – Life, Death and all between