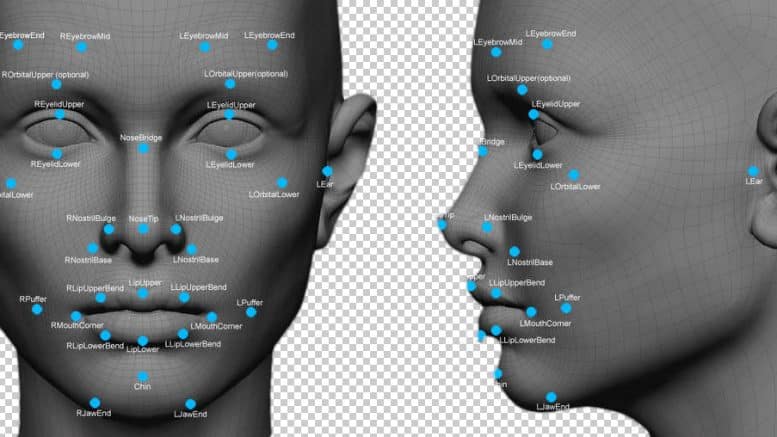 Posted By: Stephanie Hare via National Interest May 4, 2022

Please Share This Story!
PDF 📄
Controversial Clearview AI has benevolently donated its facial recognition software to Ukraine to use to identify Russian invaders both dead and alive. This may be the first instance for a person’s face to be used as a weapon of war and does not bode well for future warfare. Clearview scrapes images from social media and the Internet to maintain the largest repository of faces in the world. ⁃ TN Editor

Who owns your face? You might think that you do, but consider that Clearview AI, an American company that sells facial recognition technology, has amassed a database of ten billion images since 2020. By the end of the year, it plans to have scraped 100 billion facial images from the internet. It is difficult to assess the company’s claims, but if we take Clearview AI at face value, it has enough data to identify almost everyone on earth and end privacy and anonymity everywhere.

As you read these words, your face is making money for people whom you’ve never met and who never sought your consent when they took your faceprint from your social media profiles and online photo albums. Today, Clearview AI’s technology is used by over 3,100 U.S. law enforcement agencies, as well as the U.S. Postal Service. In Ukraine, it is being used as a weapon of war. The company has offered its tools free of charge to the Ukrainian government, which is using them to identify dead and living Russian soldiers and then contact their mothers.

It would be easy to shrug this off. After all, we voluntarily surrendered our privacy the moment we began sharing photos online, and millions of us continue to use websites and apps that fail to protect our data, despite warnings from privacy campaigners and Western security services. As so many of us sympathize with Ukraine and are appalled by Russia’s brutality, it is tempting to overlook the fact that Ukraine is not using Clearview AI to identify dead Ukrainians, which suggests that we are witnessing the use of facial recognition technology for psychological warfare, not identification. Some people will be fine with the implications of this: if Russian mothers have to receive disturbing photos of their dead sons, so be it.

To understand why we might want to rethink the use of facial recognition technology in conflict, consider the following thought experiments. First, imagine that it was Russia that had scraped Ukrainian biometric data from the internet to build a facial recognition technology tool which it was using to identify dead Ukrainians and contact their mothers. Liberal democracies would likely condemn these actions and add them to its growing list of Russia’s barbaric actions. Second, imagine a conflict in which the United States was fighting against an opponent who had taken American faceprints to train its facial recognition technology and was using it to identify dead American soldiers and contact their mothers. This would almost certainly cause howls of protest across the United States. Technology executives would be vilified in the press and hauled before Congress, where lawmakers might finally pass a law to protect Americans’ biometric data.

We do not need to wait for these scenarios to occur; Congress could act now to protect Americans’ biometric data. If taking inspiration from the European Union (EU) General Data Protection Regulation (GDPR) seems a step too far, Congress only needs to look to Illinois, whose Biometric Information Privacy Act (BIPA) requires that companies obtain people’s opt-in consent before capturing facial images and other biometrics. Clearview AI is currently fighting multiple lawsuits in federal and state courts in Illinois for failing to obtain users’ consent. These lawsuits highlight a troubling aspect of facial recognition technology in the United States: Americans’ privacy, civil liberties, and rights over their biometric data vary from state to state, and even within states, and are not protected by federal law.

To remedy this problem, Congress could also look to several U.S. allies, including three of its Five Eyes intelligence-sharing partners. In 2021, Canada’s privacy commissioner identified Clearview AI as a tool of mass surveillance and declared it illegal, while British and Australian data regulators fined Clearview AI and ordered it to delete their citizens’ data. In the EU, Italy recently fined Clearview €20 million, ordered it to delete all of the data that it had collected from Italian citizens, and prohibited Clearview AI from collecting more data. Last year, Sweden fined police authorities for using Clearview AI’s technology to identify people, and a number of privacy, civil liberties, and human rights groups filed complaints against the company with data regulators in France, Austria, and Greece. Unsurprisingly, in May 2021, Clearview AI said it had no EU-based customers.

This is a totally bizarre article. Hare thinks facial recognition is a weapon of war? How bloody paranoid can you be. She spits out nonsense. The ability of recognizing any human face on earth is a huge blessing, no matter how you look at it. I’m very glad that even my face can be picked out of any crowd anywhere, even if I were walking down a street in Beijing or Moscow etc. UNLESS I HAVE SONETHING ABOUT MY UNIQUE EXISTENCE TO HIDE! Hare needs to reassess what our faces are: our outward personality, which we should never try to… Read more »

For this, you get the “Troll of the Month” award.

Anything can be weaponized, and you no longer know what is done with the image of your face. Powers that be beyond making cheaper-plentiful-higher-quality goods for retail are a menace.

The babied minds cannot see that

Do you seriously think that a huge network of facial recognition has been set up in order to find missing persons? I think you are being very naive. The world does not work how you think it does sadly.

If it were there would be no crime. 100% of criminals would be caught.

Everyone has something to “hide”. Why do you think the homes of Google execs can’t be found on Google earth and their street address doesn’t show up in search results but yours does? Privacy for them but not for us. Life without privacy is PRISON.

[…] Read More: How Technocrats Turned Your Face Into A Weapon […]

[…] Read More: How Technocrats Turned Your Face Into A Weapon […]

[…] How Technocrats Turned Your Face Into A Weapon Of War […]