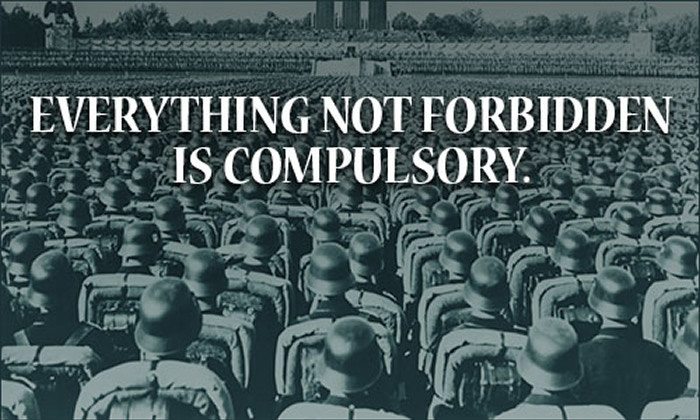 T. H. WHITE, The Once and Future King

The goal of Technocracy is totalitarianism, and Technocrats are pleased to use the “useful idiot” politicians to help them get there. Identity politics is a pox on our nation, and is shredding our ability to throw off these ‘social engineers’. ⁃ TN Editor

The truth is we have more in common with people of different ethnicities and religions than we can possibly know in a totalitarian system drenched in the divisive propaganda of identity politics.

Identity politics are the core of every totalitarian state. Identity politics were the beating heart of Nazism, and the core strategy of the USSR’s liquidation of kulaks and other groups identified as enemies of the state.
Identity politics eliminate the potential for class consciousness that crosses ethnic and religious boundaries. As noted yesterday in Our Impoverished, Pathological Society, “race is not a significant determinant of social polarization in today’s America. It is class that really matters.”

Identity politics divide and fragment the debt-serf class into ethnic and religious silos that are propagandized into viewing each other as enemies rather than colleagues. The core of identity politics is if you fail to vote the party line, you are a traitor to your race/religion.

The appeal to ethnic/religious identity as the sole definition of political selfhood is the perfect tool for manipulating the masses–and this is why the only possible output of identity politics is totalitarianism.

In the U.S. both political parties deploy identity politics, but the Democrats in particular depend on the “if you don’t vote the Democratic ticket, you’re a traitor to your race” line of propaganda.

The goal of both parties is of course identical: to fragment the bottom 90% who actually share common cause into ethnic, religious and secular silos that cannot possibly threaten the power elite’s hold on the nation’s wealth and power. If you fall for identity politics, then you’re complicit in an oppressive, parasitic system that aggregates most of the wealth and power in the hands of the few at the expense of the many. 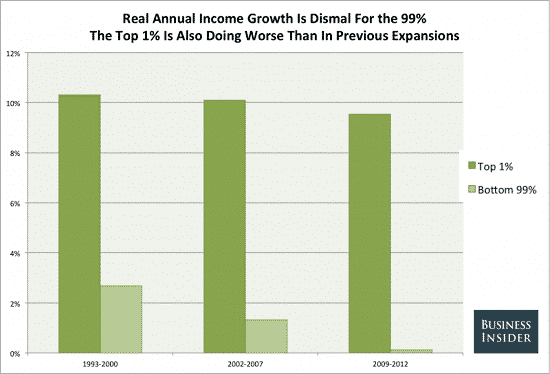 This chart shows that the bottom 99% received essentially zero income gains since 2009, but even those in the top 1% who earn their living have treaded water compared to the top 1/10th of 1% that own most of the nation’s capital and have used it to buy political power.

Berkeley economics professor Emmanuel Saez put out an update to his estimates of income inequality, and the headline figure has everybody outraged: 95% of income gains since 2009 have accrued to the top 1%.

The favorite tool of fascists and totalitarian states is identity politics, for obvious reasons. Appealing to ethnic and religious identities fires up our built-in engines of identity and our propensity for “us vs. them” divisions.

The truth is we have more in common with people of different ethnicities and religions than we can possibly know in a totalitarian system drenched in the divisive propaganda of identity politics.