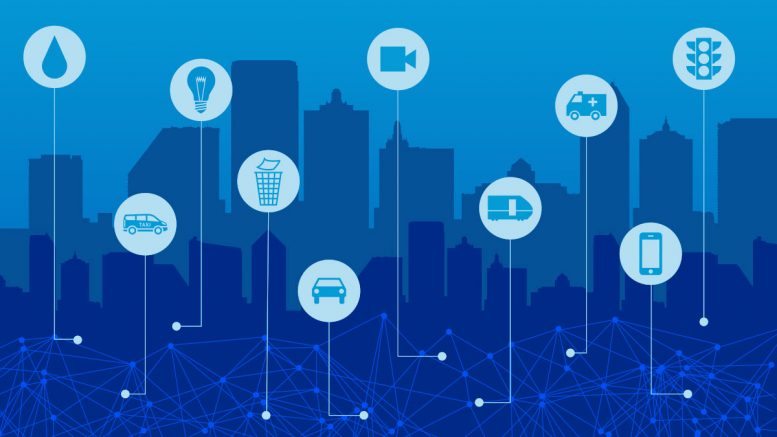 Image courtesy of The Network (Cisco)

Please Share This Story!
PDF 📄
City-based Technocrats are thrilled that Biden’s recently passed infrastructure bill will lather cities with billions of dollars for smart city projects designed to light up the Internet of Things, provide ubiquitous surveillance and wrap in outlying areas that are currently out of reach of the surveillance state. Did you think that infrastructure spending was about fixing potholes and bridges? ⁃ TN Editor

In recent years, smart cities have received criticism for over-promising and under-delivering—or, in many cases, failing to deliver at all.

However, due to a combination of new government funding and what experts say is a shift in perspective about how to approach these projects—from tech-first to resident-first—smart-city experts told us they’re optimistic about the prospects in 2022.

“What we’re seeing now is that you can have connectivity, electrification, and autonomy. You don’t have to just pick one,” Karen Lightman, executive director of the Metro21 Smart Cities Institute at Carnegie Mellon University, told Emerging Tech Brew. “We can, with some catalyst investment money from the federal government, encourage the private sector to come in and jobs can be created. I really feel like 2022 is the year.”

The recently passed infrastructure bill contains $500 million in grants that cities around the country can apply for to pursue their own smart-city efforts, from building out autonomous and connected vehicles infrastructure to kickstarting smart-grid projects. The bill also carves out $65 billion to expand broadband to underserved areas around the country, including less-connected urban areas.

“There has been a lot of talk about doing things, but cities are not well-funded. They don’t have a lot of money to spare. This is going to be huge,” Andres Carvallo, CEO and co-founder of smart-grids and smart-cities consulting firm CMG Consulting, told us at the time.

Lightman called the bill a “once-in-a-generation opportunity” to connect people historically left out in infrastructure efforts.

Under the bill, the Transportation Secretary will have $100 million at their disposal each year, 40% of which can go to large communities, while midsize and rural communities each get 30% respectively.

Those funds can be used on a variety of smart-city projects, but there are some restrictions. For instance, cities can’t use any of the funds in the grant program for traffic or parking enforcement activities or license-plate readers. But some privacy advocates, like the ACLU and the Electronic Frontier Foundation, expressed concern in August that expanding smart-city projects could lead to greater surveillance without more explicit privacy protections.

no wonder they are all so excited now they have injected all the necessary nano Tech to make these Smart Cities a living hell for the Sheeple. This explains how these Injection assist in their plan
https://www.docdroid.net/tvx0R9b/intra-body-nano-network-brief-summary-by-mik-andersen-pdf#page=8