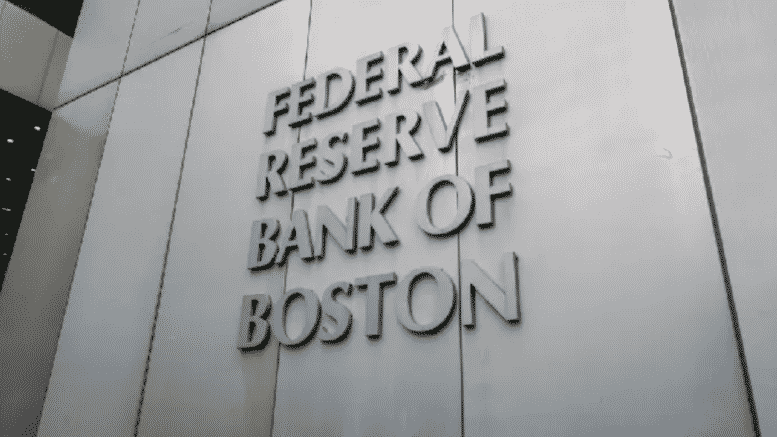 Please Share This Story!
PDF 📄
The Fed in general is studying the plausibility of releasing a U.S. digital currency. It has said that a digital currency would not be intended to replace cash, in spite of a mountain of global evidence that cash is in the crosshairs for extinction. The United Nations has declared Fintech to be to financial system to support Sustainable Development, aka Technocracy. ⁃ TN Editor

The Boston bank’s research, conducted in a collaboration with the Massachusetts Institute of Technology, does not offer a recommendation about whether the Fed should create its own digital currency. The central bank’s leaders in Washington are in the process of collecting public feedback on that question now, and Federal Reserve Chair Jerome H. Powell said it will only proceed with congressional authorization.

But in the meantime, the Boston team said Thursday that it has solved technical challenges such a product would need to meet. Researchers said they designed a system that can settle the vast majority of payments in less than two seconds, handles more than 1.7 million transactions per second and operates around-the-clock with no service outages in the case of a disruption in its network.

The ultimate product could help extend financial services to people who lack a bank account and make cross-border payments such as remittances safer and easier, said Neha Narula, director of the Digital Currency Initiative at MIT. Narula, in a conference call with reporters, noted that the Boston researchers “aren’t the ones making policy decision on how such a system might operate,” so they have aimed to “create a flexible system that can work with a variety of models.”

Along with a paper describing the team’s work to date, researchers on Thursday published open-source code for the platform that would support the digital currency. Jim Cunha, executive vice president of the Boston Fed, called that a first for the central bank, intended to encourage public input that improves the technology.

We have already had a consultation paper here in the UK about a Central Bank Digital Currency. However, given the events in Canada (freezing of accounts, interference in fund raising etc) I think we can instead expect a surge in using cash, perhaps even workers deemanding wages paid in cash, the hording of cash in homes, and maybe even an increase in token/ barter at local levels.

Clearly will be happening all over the world. And the totalitarians wanted a cashless society. Why? CONTROL just like Trudeau is doing now. EXPECT IT!