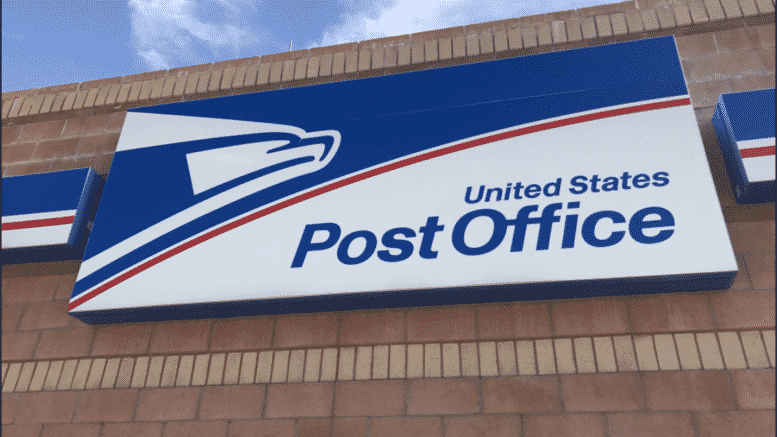 Please Share This Story!
PDF 📄
The U.S. Postal Service is discovered to be running a ‘covert operations program’ that monitors Americans’ social media posts. This is stunning and inexplicable except that the USPS is already scanning every piece of mail it handles.

The USPS already reserves the right to open any piece of mail that it receives. Measuring your social media posts against so-called fact checkers could provide a list of senders or recipients whose mail needs to be “examined” more carefully. So, you thought your mail was private? Welcome to Nineteen Eighty-Four! ⁃ TN Editor

The law enforcement arm of the U.S. Postal Service has been quietly running a program that tracks and collects Americans’ social media posts, including those about planned protests, according to a document obtained by Yahoo News.

The details of the surveillance effort, known as iCOP, or Internet Covert Operations Program, have not previously been made public. The work involves having analysts trawl through social media sites to look for what the document describes as “inflammatory” postings and then sharing that information across government agencies.

“Analysts with the United States Postal Inspection Service (USPIS) Internet Covert Operations Program (iCOP) monitored significant activity regarding planned protests occurring internationally and domestically on March 20, 2021,” says the March 16 government bulletin, marked as “law enforcement sensitive” and distributed through the Department of Homeland Security’s fusion centers. “Locations and times have been identified for these protests, which are being distributed online across multiple social media platforms, to include right-wing leaning Parler and Telegram accounts.”

A number of groups were expected to gather in cities around the globe on March 20 as part of a World Wide Rally for Freedom and Democracy, to protest everything from lockdown measures to 5G. “Parler users have commented about their intent to use the rallies to engage in violence. Image 3 on the right is a screenshot from Parler indicating two users discussing the event as an opportunity to engage in a ‘fight’ and to ‘do serious damage,’” says the bulletin.

“No intelligence is available to suggest the legitimacy of these threats,” it adds.

The bulletin includes screenshots of posts about the protests from Facebook, Parler, Telegram and other social media sites. Individuals mentioned by name include one alleged Proud Boy and several others whose identifying details were included but whose posts did not appear to contain anything threatening.

“iCOP analysts are currently monitoring these social media channels for any potential threats stemming from the scheduled protests and will disseminate intelligence updates as needed,” the bulletin says.

The government’s monitoring of Americans’ social media is the subject of ongoing debate inside and outside government, particularly in recent months, following a rise in domestic unrest. While posts on platforms such as Facebook and Parler have allowed law enforcement to track down and arrest rioters who assaulted the Capitol on Jan. 6, such data collection has also sparked concerns about the government surveilling peaceful protesters or those engaged in protected First Amendment activities.

Relax. They can’t even deliver the mail. We will all
be dead and gone by the time they figure out censoring email

So now we have to give up our right to privacy, free speech and tyranny because there’s a threat to the country? Since when did we NOT HAVE these threats and maybe if we stopped mucking in other countries business the threats would lessen, and maybe stop. WE THE PEOPLE run the country and since there’s no justice in the courts, and murder is now an accidental carjacking, illegal aliens are undocumented citizens, and election fraud is a conspiracy theory …. today we’re stuck with a demented old man for POTUS and a fake black woman who never ever received… Read more »

Not the change Obama is talking about JB, he is in charge of the demented old man and is directing him and pulling the strings on this puppet.

postal laws possibly evolved with laws of the sea under the guise of admiralty laws governing boats ,vessels and [censor]ships. Unidroit,[ the laws of corporations ].
no man is born on land ,they have a berth day and then are lost at sea and quite often returned to a Dock when opposing corporate mandates.

Postal laws possibly evolved with laws of the sea under the jurisdiction of admiralty laws or the unidroit system of corporations hence the majority of countries are eg U S A plc .
No man is born on land he has a berth day and then becomes lost at sea and quite often he could be returned to Dock when found guilty of questioning/ opposing the unidroit corporate mandate

Well….I don’t know a lot about the politics about all this but:
I sure would like all the junk mail I (we) get to STOP NOW.
It feels like we are being assaulted with unwanted mail and
unwanted phone calls. It’s like those calling and sending stuff
just do not care about us as human beings.
I MAY BE WRONG ABOUT THIS BUT I DON’T SO.