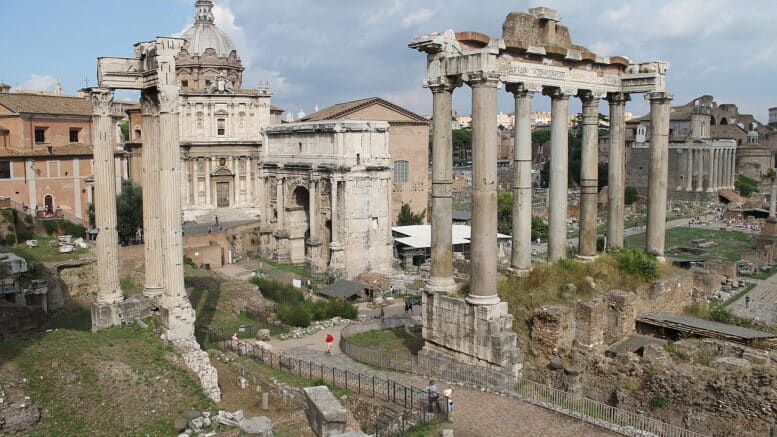 Please Share This Story!
PDF 📄
The cradle of Western civilization is now the cradle of outright tyranny. Italy is leading the way to crush freedom and liberty by forcing every citizen to be vaccinated and carry the “green pass”. Obey or lose your means of survival, namely your paycheck and your savings as you also pay huge fines for disobedience. ⁃ TN Editor

The Italian government has passed a decree applying to both the private and public sector ordering companies to withhold pay from workers who refuse to take the COVID-19 vaccine.

The decree mandates that all employees get the vaccine ‘green pass’, which led to questions about what would happen to the millions of Italians who remain unvaccinated.

The government is attempting to avoid potential legal action by directing companies not to fire the unvaccinated, but simply to not pay them while telling employees not to show up to work under threat of being fined if they do so.

“Instead, they should be considered to be on an unjustified absence and have their wages or salaries withheld,” writes Ken Macon.

“Those found to be working without a vaccine passport could be punished with fines of up to €1,500. Additionally, the government said it would not cater for the test costs for those who would prefer not to take the vaccine.”

Even those who have had the virus, recovered and developed anti-bodies will still have to get at least one dose of the vaccine, presumably just as a performative show of compliance.

Italy extended its vaccine passport scheme to schools and universities on September 1st.

Teachers were told they faced being fired if they didn’t take it and students were mandated to take it to attend classes.

The unvaccinated were also banned from using long distance public transport, meaning that holidays, travel for work and visiting relatives has become impossible for many.

Venues such as museums, stadiums, theaters gyms, and indoor seating spaces at bars and restaurants all require vaccine identification and businesses can be fined thousands of euros for not enforcing the rules.

The ‘green pass’ in Italy also tracks an individual’s location, once again emphasizing how it’s a digital ID card on steroids.

Mark of the beast, period

Next up: Anyone who uses more than 2 squares of TP, per Sheryl Crowe’s dictat, will be denied all food and water.

Long live Mussolini’s fascism (where fascism, as he defined it, was the merger of the socialist state with co-opted crony big biz – can you say Farcebook, Croco-google-odile, and Amazon???

Not surprising. It’s Italy. They have deep roots in fascism, joined Germany in WWII and helped Mussolini become a leader in Hitler’s bid to rule the world with tall, white, blond humans, of which Hitler was NOT. That’s some serious self-hatred.

Wild idea. Go to the Mafia bosses for help in bringing down the politicos. They’ve helped fight wars before and this is one.

Italy to Require Vaccine Passport for Entire Workforce in Europe’s Most Extreme Mandate so Far. | The Truth is Where?