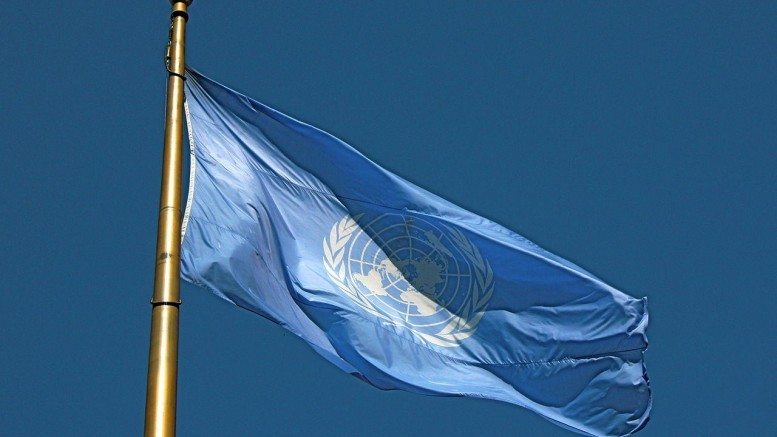 If it were possible to have a time machine traveling back to 1992 to visit the United Nation’s “Earth Summit” in Rio de Janeiro, Brazil, we would repeatedly hear the phrase “Sustainable Living” drilled into the minds of the 178 nations and state officials that attended, including President George H. Bush. The purpose of the “Earth Summit” was to warn World leaders that the Earth could no longer sustain the consumptive appetite of the United States of America. The solution was a plan for “Sustainable Development” that would be implemented throughout the World.

George H. Bush not only bought into the fear-factor rhetoric, but also praised the Earth Summit, that soon became known as U.N. Agenda 21. Thereafter our government partnered with the U.N. and began a quiet, carefully crafted plan to implement this U.N. plan into numerous agencies of our government in all states, and thus began what has become the most intrusive agenda in our history. Governing agencies, such as the EPA, began covertly injecting new laws and regulations into our lives, making changes that affect every citizen.

Today, twenty-three years later, Agenda 21 mandates are firmly entrenched and its tentacles can be seen within all levels of government.  Agenda 21 has even been inserted into most classrooms throughout America, largely due to liberal college professors and the controversial Common Core curriculum in grades K through 12.

Promoters of Agenda 21 seem to have had success, as we see facets of influence in all our lives.  But apparently those who strongly support and sponsor Agenda 21 had hoped for better results, disappointment becoming apparent when the United Nations arranged a massive new gathering of members for the purpose of rebooting Agenda 21.  On September 25 – 27, 2015, thousands of leaders from all over the World met in New York City to present a new fifteen-year plan entitled “Transforming Our World: the 2030 Agenda for Sustainable Development.”  In spite of the name change, Agenda 2030 has basically the same plan and goals of Agenda 21. It only going deeper with its intentions to change the planet to United Nations’ specifications.  It’s Agenda 21 on steroids!

While Agenda 21 focused mainly on the environment, Agenda 2030 encompasses far more and is touted to be the “new universal agenda” for humanity.  It professes to be an altruistic plan that will benefit future generations. The reality, however, is that U.N. Agenda 2030 will rob individuals of most every freedom through its imposed mandates.

American citizens need to wake up to the fact that their American sovereignty is being challenged by the United Nations. Liberties have been lost since our government bought into U.N. Agenda 21 in 1992. The adoption of Agenda 2030 by U.N. world members on Friday, Sept. 26, will bring further erosion of liberties Americans hold dear.  The influential power brokers behind this agenda will attempt to persuade us that their plan is necessary to save the planet.  Be warned, the end result will be that the planet will be governed much like that of North Korea.  Every aspect of our lives will be dictated by those in power over us.

One-World Government to Save the Earth, Eliminate Poverty, and Promote Equality

Why are our leaders supporting these U.N. Agendas?  Consider that there are those who will profit by them.  They will finance advertisements promoting their plans, as was reported by Fox.com in May of this year.   Citizens have already been inundated with warnings of Climate Change which demand radical lifestyles essential to save the Earth, such as high-rise apartment living, rather than individual homes. The media gives the U.N. Agenda enormous publicity, but rarely prints information from leading scientists that dispute the claims.

Be forewarned, the promoters of U.N. Agenda 2030 will soon release subtle, very clever advertisements that will attempt to form or reform our thinking on the key issues of Agenda 2030. The ads will be designed to manipulate our thinking and opinions.  We will hear of plans to end poverty around the World and create universal peace.  U.N. leaders hope that you will be lured into handing over all your rights and freedoms for the betterment of everyone, so we are no longer bound by our time- honored Constitution.

For those Americans who love their country, this is a wake-up call.  U.N. Secretary-General, Ban Ki-moon, dreams of a world of peace and dignity for all, but the reality is far from this seemingly altruistic ideal.  We must sound the alarm that Agenda 2030 guarantees a future in which individual freedom is forfeited to an all-powerful One-World government controlled by tyrannical mandates.  We must deter those who are trying to change our amazing government that has allowed the United States to grow, prosper, and become the envy of the World.  To accomplish this we must be vigilant to stop the planned changes happening at every level of government.

Plan of Action to Create a “New World Order”

Not unlike Agenda 21, the new fifteen-year 2030 U.N. plan sets forth details of how the U.N. intends to enforce its agenda, such as “All countries and all stakeholders, acting in collaborative partnership, will implement this plan.”  The preamble goes on to say:

“We are determined to take the bold and transformative steps which are urgently needed to shift the world onto a sustainable and resilient path.  As we embark on this collective journey, we pledge that no one will be left behind.”

Certainly we are not so naive as to think everyone would be willing to make the sacrifices demanded of this Agenda.  That is especially true when there is no proof that the pledges and promises can be accomplished.  Human nature cannot be changed by a United Nations’ agenda, suggesting the possibility of forceful change which might look more like the tactics that Stalin, Hitler, and other dictators used to force people into compliance.

The U.N. won’t openly come out to proclaim a New World Order but instead refers to “Sustainable Development” because that term sounds far less threatening. Patrick Wood, an economist and author of “Technocracy Rising: The Trojan Horse of Global Transformation,” writes:

“It is clear the U.N. and its supporters see sustainable development as more than just the way to a cleaner environment. They see it as the vehicle for creating a long-sought new international economic order or “New World Order.”

Wood’s new book traces the modern technocracy movement to Zbigniew Brzezinski, David Rockefeller; and the Trilateral Commission in the early 1970s. “The environment is a perfect vehicle for the elite to use to accomplish their real agenda, because just about every possible form of human activity affects the environment in some way.  Ultimately, they hope to centrally plan and strictly regulate virtually everything that we do, and we will be told that it is necessary to “save the planet”.

It appears even Pope Francis has been influenced by those who are selling Agenda 2030, prompting him to softly, lovingly embrace the U.N. rhetoric about climate change, as well as welcoming immigrants. Such goals sound wonderful and desirable, but practical people also understand the negative and possible disastrous results. The selfish, foolish, ambitious and despicably evil will always be among us, and they are often successful in finding ways to exploit good intentions.  How much will the Pope’s words influence the many millions of Catholics throughout the world?

Everyone should be aware of the seventeen point U.N. blue-print that elitists claim is necessary for their “utopia”. The same deceptions will be used that have been sold to people for thousands of years, as ascribed to by Paul McGuire, the co-author of a new book entitled “The Babylon Code: Solving the Bible’s Greatest End-Times Mystery“:

“Deep inside every man and woman is the longing for a far better world, a world without war, disease, death, and pain. Our present world is a cruel world in which every life ends in death. From the beginning of time mankind has sought to use science and technology to create a perfect world, what some would call Utopia or Paradise. As the human race began to organize itself, a scientific or technocratic elite rose to power by promising the masses that they could build this perfect world. Ancient Babylon represented the first historical attempt to build paradise on earth.”

Mike Adams states in his article, “The United Nations 2030 Agenda Decoded”, that the U.N. plan is a blueprint for the global enslavement of humanity under the boot of corporate interests. The U.N. 2030 Agenda document sets forth nothing less than a global government takeover of every nation across the planet.  As Adams writes:

“The ‘goals’ of this document are nothing more than code words for a corporate-government fascist agenda that will imprison humanity in a devastating cycle of poverty while enriching the world’s most powerful globalist corporations like Monsanto and DuPont.  Nowhere does the U.N. document state [with its feel-good language] that “achieving human freedom” is one of its goals, neither does it explain how these goals are to be achieved.  Instead, the 17 points in the UN agenda are to be achieved through centralized government control and totalitarian mandates that are closely aligned with Communism.”

For the sake of brevity, only the first two of Adams’ seventeen 2030 agenda translations are noted below.  View all 17 here:

Goal 1: End poverty in all its forms everywhere.

Translation: Put everyone on government welfare, food stamps, housing subsidies and handouts that make them dependent slaves to global government. Never allow people upward mobility to help themselves. Instead, teach mass victimization and obedience to a government that provides monthly “allowance” money for basic essentials like food and medicine. Label it “ending poverty.”

Translation: Invade the entire planet with GMOs and Monsanto’s patented seeds while increasing the use of deadly herbicides under the false claim of “increased output” of food crops. Engineer genetically modified plants to boost specific vitamin chemicals while having no idea of the long-term consequences of genetic pollution or cross-species genetic experiments carried out openly in a fragile ecosystem.

America is the greatest country in the World, but we must elect bright, conservative, honest, and moral people to represent us if we want to keep it.  Our country should not allow the United Nations to make our laws or dictate our lives.

People are beginning to understand the need to stop electing “long time establishment candidates” who are more interested in protecting their money sources and political careers, than the people they swore to serve and protect.

There is no doubt that the 2016 election is one of the most important in our nation’s history.  We must encourage everyone we know to vote wisely by providing them with compelling facts to consider. Surely, Agenda 2030 needs to be exposed and each candidate asked to explain his or her opinion on this U.N. infringement on American sovereignty.

Thanks for the article, I have been writing about this since 1974, everyone poo-pooed the entire idea of secret societies trying to depopulate the planet by 90%. There were many in Europe between the 1920 and 1945 of what HITLER was doing and most are still in the dark. World wide Genocide creeping up and among those secretly Heading it now Is Obama and Bush, along with most CEO’s. Not far behind them is H. Clinton.

If the goal is to impoverish us all, how will the mega-corporations survive if we can’t buy their products?