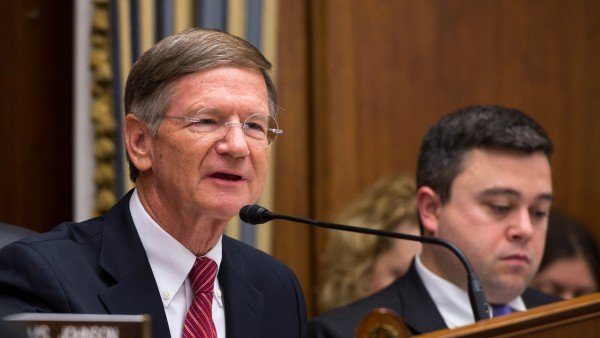 TN Note: On Sept. 19th we ran this story: Scientists Demand Prosecution For Global Warming Skeptics. Now the official backlash has started. RICO stands for “Racketeer Influenced and Corrupt Organizations Act”, which was originally used to fight organized crime and corrupt labor unions.  However, the Chairman of the Science Panel in the House has discovered corruption within the very organization that called for RICO to be used against “deniers”.

A scientist who helped organize a call for a federal investigation of the fossil fuel industry—for allegedly orchestrating a cover-up of climate change dangers—has himself become the target of a congressional probe.

Last week, Representative Lamar Smith (R–TX), the chairman of the science panel of the House of Representatives, announced plans to investigate a nonprofit research group led by climate scientist Jagadish Shukla of George Mason University in Fairfax, Virginia. He is the lead signer of a letter to White House officials that urges the use of an antiracketeering law to crack down on energy firms that have funded efforts to raise doubts about climate science.

In a 1 October letter, Smith asked Shukla, who is director of the independent Institute of Global Environment and Society (IGES) in Rockville, Maryland, to preserve all of the “email, electronic documents, and data” that the institute has created since 2009. Smith’s panel soon may be asking for those documents, the letter suggests.

The flap has its origins in calls from some climate advocates for the federal government to investigate industry-funded groups that have challenged climate science.  Senator Sheldon Whitehouse (D–RI) discussed the idea this past May in an opinion piece for The Washington Post. He noted that federal prosecutors had used the federal Racketeer Influenced and Corrupt Organizations Act (RICO)—originally developed to combat organized crime and corrupt unions—to sue the tobacco industry for covering up the health effects of smoking. And he suggested they could do the same to investigate fossil fuel firms that he charged were “funding a massive and sophisticated campaign to mislead the American people about the environmental harm caused by carbon pollution.”

Last month, 20 climate scientists, led by Shukla, picked up on the idea of using RICO. In a 1 September letter to President Barack Obama, Attorney General Loretta Lynch, and White House science adviser John Holdren, they wrote that “if corporations in the fossil fuel industry and their supporters are guilty of the misdeeds that have been documented in book and journal articles, it is imperative that these misdeeds be stopped as soon as possible.”