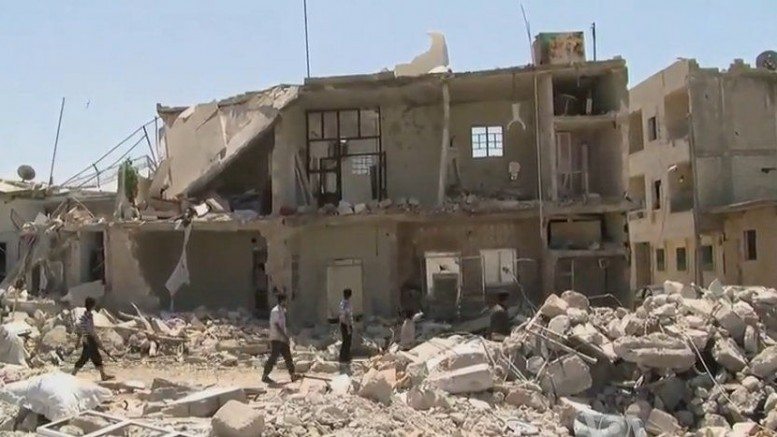 TN Note: Susan Rice is the National Security Advisor  (NSA) to the President, and is a member of the elite Trilateral Commission. In recent days, members of the Trilateral Commission have been popping up all over the world making fear-mongering statements about climate change. This is all designed to stampede people and governments into adopting Agenda21/2030 Agenda goals for Sustainable Development. Rice’s statement here is simply beyond the pale.

In her most dramatic speech to date about climate change, National Security Advisor Susan Rice suggests climate change was partially responsible for the conflict in Syria and represents a looming threat to the entire world.

“In the years prior to civil war breaking out in Syria, that country also experienced its worst drought on record,” she said during a political speech at Stanford University. “Farming families moved en masse into urban centers, increasing political unrest and further priming the country for conflict.”

An alarmed Rice warned that climate change was “an advancing menace” that portended doom for the nations around the world.

“Today, we face no greater long-term challenge than climate change, an advancing menace that imperils so many of the other things we hope to achieve,” she said according to advance text of her speech.

Rice echoed many themes promulgated by the Obama administration but ratcheted up the alarmist rhetoric to a fever pitch.

“Consider the impacts—to the global economy and to our shared security—when rising seas begin to swallow nations whole,” she explained while discussing rising sea levels of “as much as 20 feet.”

She also suggested that the the recent floods in North and South Carolina and massive forest fires were partially a result of climate change.

Susan Rice what an utter fool you are, you clearly have the Globalwarming brain desease. In the mean time it is clearly sending you mad.

She makes no mention of the 8 billion pound gorilla in the room-aerosol geoengineering
By now its inarguable that these programs have been conducted in full force for quite some time now.There can be no possible way that she and her cohorts are unaware of this.

This horribly ignorant lapdog of Hussein, Susan Rice, would sell her own mother to Islam if it meant a brownie point from the Kenyan Queen, Hussein. FACT is, it was Hussein Obama’s ignorance of leading and his pathetic Arab Spring that has caused all the chaos that is going on in the middle East today! Removing Gadhafi, who made idle threats but kept his people in line. Removing Mubarak of Egypt, supporting the terrorist Muslim Brothood, and throwing Egypt into chaos and murder until the military removed Obama’s BFF’s of the Muslim Brotherhood, and today, Obama and Hillary are wanted… Read more »