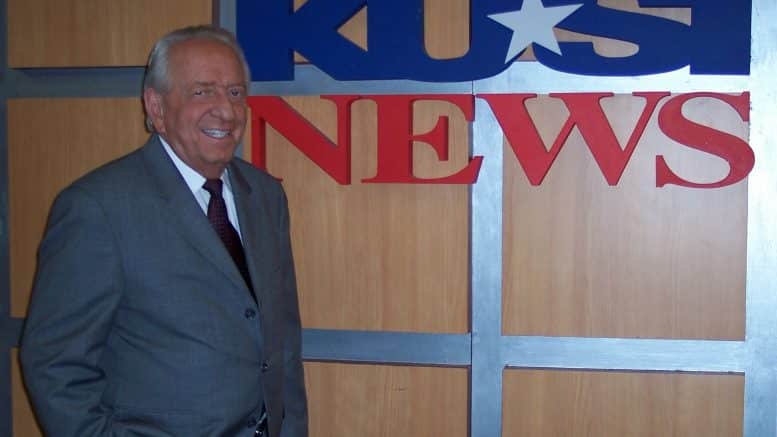 Legendary meteorologist and weather broadcasting pioneer John Coleman passed in Las Vegas at the age of 83. He was a fierce opponent of fake global warming science, which he called a ‘scam’ and a ‘hoax’. The Al Gore’s and Bill Nye’s of the world will rejoice that he is dead because he won’t be calling them out any longer.  ⁃ TN Editor

John Coleman, the dancing, prancing San Diego weatherman who tickled television viewers by the way he would sing the letter U in KUSI-TV’s call sign and yell “breeeeze” when the wind was howling, died on Saturday. He was 83.

Coleman, who also angered many people by insisting that global warming was a hoax, died at his home in Las Vegas, according to KUSI, where he served as a forecaster from 1994 to 2014, when he retired.

The station did not have an official cause of death for Coleman, who was known as a hyper-happy soul whose love of the weather was matched only by his love of people, poker, and anything Frank Sinatra ever put to vinyl.

His death marks the end of one of the longest and most accomplished careers in broadcast weather forecasting.

He was the first forecaster for ABC’s “Good Morning America” in the 1970s and brought a sense of fun and goofy pizzazz that helped the show to grow.

Coleman went on to found the Weather Channel during the early days of cable television, creating a station that evolved from a blip in the ratings to the place millions of Americans turn to first to track everything from hurricanes in Florida to blizzards in the Midwest to the perilous Santa Ana winds in California.

“Like a strike of lightning, a clap of thunder and a ray of sunshine, legendary weatherman John Coleman was an exciting, powerful and humorous force in the lives of so many,” KUSI evening anchor Sandra Maas said Sunday on Twitter. “There’s a new dancer in heaven.”

Linda Newell, one of the station’s viewers, wrote on KUSI’s Facebook on Sunday, “Dear John Coleman, you made me smile for years. I am originally from Chicago and I grew up watching you forecast the sun and the snow.

“I was happily surprised when I moved to the San Diego area and found you were ‘my’ weatherman again on KUSI News. You made so many of us happy, may you rest in peace and thank you.”

Coleman was born on Oct. 15, 1934, in Alpine, Texas, a small town southeast of El Paso. His father, Claude, was a college professor and his mother, Hazel, was a math teacher.

Coleman attended the University of Illinois at Urbana-Champaign in the 1950s and got deeply involved with radio.

“He really had the pipes for it; his voice boomed,” said Dave Scott, a KUSI weatherman who worked with Coleman for 20 years.

In a classic showbiz story, Coleman ended up filling in one day when the weatherman for the college station didn’t show up for work. It was 1953 and, before long, he was tapped to do the weather by Champaign’s WCIA-TV.

Coleman worked his way up the TV food chain, with stops in Peoria, Omaha and Milwaukee. Then he got a big-time gig at WLS-TV in Chicago, where he and a colleague pushed TV forward technologically by developing a Chroma key that allowed the station to project images behind Coleman while he gave the forecast.

“Up until then, forecasters used a felt-tipped pen and wrote backward on Plexiglas plates so that they could give detail,” Scott said. “This was a big innovation.”

In the mid-70s, Coleman moved on to “Good Morning America,” which became a powerhouse with its hosts Joan Lunden and David Hartman.

Much of the time, Coleman let loose with animated happy talk, hoping to entertain the viewer. But when serious weather was unfolding, he sharpened his focus, giving people the information they needed.

About seven years later, Coleman proposed the creation of a 24-hour-a-day national weather network, which some broadcasters thought was ludicrous. But the idea led to the creation of the Weather Channel, and for a while Coleman served as the network’s president, CEO and as a meteorologist.