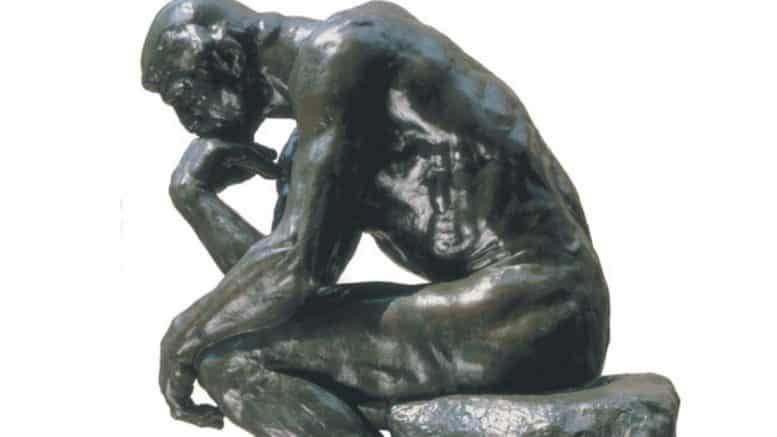 This is a thoughtful article and an important part of the history of modern ethics: Fletcher was an Episcopalian priest who converted to atheism before launching into situational ethics in the early 1970s. This twisted system of ethics has enabled modern Technocrats to do anything their mind can dream up. ⁃ TN Editor

Joseph Fletcher (1905–1991) was one the most influential philosophers and bioethicists of the twentieth century. His advocacy blazed the path for many of the radical social transitions we are experiencing today. He gained fame as the prime proponent of “situational ethics,” popularly known as social relativism. But his work in bioethics eroding the sanctity of human life and promoting a utilitarian hedonism was just as society-altering.

Starting in the early 1970s, and continuing for the rest of his life, the Episcopalian priest turned atheist mounted a frontal intellectual assault on the Judeo-Christian ideal of universal human equality.

His 1975 essay “Indicators of Humanhood” was profoundly persuasive in this regard. Published in the Hastings Center Report, an influential bioethics journal, Fletcher argued that people should be divided between “truly human beings” and the “subpersonal”—those among us whom we should deem of little consequence because of their lesser capacities. Fletcher even proposed a loose formula with fifteen “criteria or indicators” by which an individual’s moral worth—or humanhood—could be judged. These included:

Fletcher was not coy about the consequences that would follow from society’s acceptance of his premises. In another 1975 essay, “Being Happy, Being Human,” he described participating in a panel discussion of the treatment of seriously disabled babies. A physician who cared for a developmentally disabled boy reported that though his patient had a very low IQ, the lad was clearly happy and, without doubt, a fully human being. “So what?” Fletcher essentially said, as he coldly dismissed the worth of developmentally disabled people:

Idiots are not, never were, and never will be in any degree responsible [because they cannot understand the consequences of action]. Idiots, that is to say, are not human. The problem they pose is not lack of sufficient mind, but of any mind at all. No matter how euphoric their behavior might be, they are outside the pale of human integrity.

There was a purpose to such blatant dehumanization: to gain support for killing these “subpersonal” beings, the decisions about which Fletcher described as a merely “clinical” matter. In the case of disabled infants, he wrote elsewhere, infanticide should simply be considered “postnatal abortion.”

In Fletcher’s last book, The Ethics of Genetic Control, he prophesied that breakthroughs in biotechnology would generate a transformation “of such a radical nature” that biotechnologists would become more powerful agents of change than “Presidents and Parliaments and Pentagons.” How would this new awesome power be exercised? Through “quality control” via genetic screening:

There is no such thing as a right to bring crippled children into the world. If we choose family size, we should also choose family health . . . . If the State is morally justified in repelling an unwelcome invader . . . why shouldn’t the family be protected from an idiot or terribly diseased sibling?

This may sound awful to readers, but Fletcher’s influence was so pronounced that Albert R. Jonsen, author of The Birth of Bioethics, once described him as the “patriarch of bioethics.” He could also be called its most prescient prophet. Indeed, it is stunning to consider how fundamentally society has accepted Fletcher’s philosophical advocacy.

This issue was well known to the Greeks and Romans as sub-humans do not have the capacity to understand more than one point of view which was given to them. There is a ladder of mental capacity that was also identified by the 7 sages of Greece as well. A capacity for a broad view of multiple points, capacity of higher though … can also be found in Hermes-press.com. Eugenics of the late 1800s has a step approach along with sane/insane stable/unstable… from Cold Harbor New York if you wish to read the old literature. It was also broken down… Read more »

the criteria were not is it wacky but is it going to grow up strong and be a good warrior or produce strong children and the decision was made at infancy soon after birth before any developmental disability would have shown. In the good old days, this behavior in Greece and Rome was considered evidence of their inferiority as civilizations to ours.