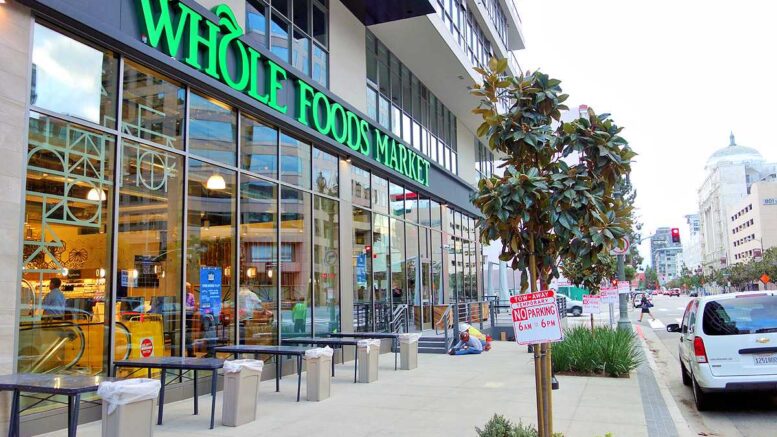 Posted By: Micaela Ricaforte via The Epoch Times August 20, 2021

The Los Angeles City Council unanimously voted Aug. 11 to prepare an ordinance that will require people to show proof of at least partial COVID-19 vaccination to enter public indoor spaces in the city, including restaurants, bars, gyms, entertainment venues, and retail stores.

The ordinance is more restrictive than a policy recently enacted in New York City, which focuses more on entertainment-oriented public spaces such as restaurants, gyms, and entertainment venues, and excludes retail stores.

“Instead of fighting science, we should be fighting the virus,” O’Farrell said in a statement. “The data is clear: vaccines are safe and effective.”

O’Farrell went on to say the ordinance could potentially ward off an economic shutdown.

During the meeting, O’Farrell called choosing not to get vaccinated against COVID-19 “immoral,” saying some people choose to “listen to some delusional rant on Twitter.”

A number of Los Angeles residents called into the council meeting to oppose the ordinance. Some expressed distrust in the vaccines, while others claimed requiring proof of vaccination is a form of discrimination or segregation.

Resident Elizabeth Elliott, who called into the meeting to give public comment, disagreed with O’Farrell on both the ethical and economic impact of the ordinance, saying it is “unethical to force” people to inject a vaccine into their body.

“People should have medical freedoms to research and make their own health decisions. We as citizens have a right to privacy, especially with our health information,” Elliott said.

Patrick Wood is a leading and critical expert on Sustainable Development, Green Economy, Agenda 21, 2030 Agenda and historic Technocracy. He is the author of Technocracy Rising: The Trojan Horse of Global Transformation (2015) and co-author of Trilaterals Over Washington, Volumes I and II (1978-1980) with the late Antony C. Sutton.
Subscribe
22 Comments
Oldest
Newest Most Voted
Inline Feedbacks
View all comments

Unfortunately for that city councilman, the unvaccinated did not get their information off of Twitter, because Twitter bans free speech that contradicts the narrative, so this councilman is a virtual control freak, imposing unconstitutional choke points. We should have expected this in California. Don’t worry, when the vaccine starts “doing its thing”, he’ll get his!

you probably already know this, but for the record, its already started “doing its thing”, they are just going all out with damage control and minimizing everything as much as they possibly can for maximum end game carnage.

This is unbelievable! It is the mark of the beast. Too many people will bow down to this without even thinking about it. All because 1 store complied with the lockdown. When do we start fighting back?

The East and West coasts cities have been taken over by fascists ready to stab the Bill of Rights’ and the Constitution’s freedoms in the heart with a bloody knife, repeatedly. LA and NY are the worst of the worst of the worst. Prediction–When it comes, you will be taken down, HARD. You will never hold another political office again. You will be disenfranchised as you intend for others, without mercy. ‘Saving the children? You mean save only those who take an experimental gene therapy shot. That doesn’t include feeding anyone unless they take it, huh? Your twisted logic goes… Read more »

Yes. Every tyrannous uprising follows the same route down the dark hole of enslavement. The fascist politicos we are seeing today are no different than Hitler, Lenin and worldwide monarchies of the last 500+ centuries. Realize this. There is no better avenue to ultimate control and power over everything than the tried and true manipulation of emotions for the end result of slavery. Declared war would send a different message. First: create a larger-than-life PROBLEM, whether real or imagined with some clever marketing Second: create high levels of FEAR and ANGST about that problem and a must have cure. Third:… Read more »

Elle, That’s exactly it and an excellent description of the Five stages. Those who don’t act based on rationality, on the truth, are liable to false conclusions based on their emotions. The constant programming is well-designed to keep people afraid, and as prisoners in their own countries, isolated from the community. The cincher was when they got people believing they were “killing granny” or murdering others simply by breathing. This rhetoric from the LA Council is beyond reprehensible and is the final stage in removing the noncompliant, identified as so by electronic records or paper cards. I have no other… Read more »

Quite surely hundreds have sworn to kill this BSOB

So either starve to death or be murdered by the spike protein.
That leaves only one choice which is to choose how to die.

I say that people should go to all of these ‘council members’ HOMES and take ALL OF THEIR FOOD! When ‘the MOBS’ start showing up at their HOMES…..things just might change! These individuals really DO think that they are Kings/Queens (GOD-like, even)!

Well, there IS a ‘work around’ for this. Instead of going to a grocery store to BUY things, just do what the criminals do in Cali…….walk in, get what you want, and walk out (without paying) with impunity!! LOL Hey…..it works for THEM! No one calls the cops and no one (employees) in the store tries to stop them from stealing. Walk in…..grab stuff…..walk out!

If this covid lie horror continues that will surely happen, everywhere. Nothing to lose.

Grow your own food! Learn self sufficiency, no one can take that away. They can only mess with us to the extent we are dependent on them.

Not allowing people to buy groceries is criminal and inhumane. On the other hand, Amazon will deliver. What the hell is wrong with politicians?

Truly disturbing – “protecting them from the unvaxxed.” For the record there is a place where all evil doers go, for the protection of the saved, and there is much hotter fire raging in that place than any wildfire in California or race riot flames in the city storefronts!

As this type of medical apartheid (apart-hood, segregation) becomes more common we should remember that one does not live on bread alone, but on every word that comes from the Father.

Mitch O’Farrell is gay according to Wikipedia. Maybe he was picked on as a kid and now with power he’s out to avenge the world.

Has this idiot ever heard of VAERS, or read it?! This dictator has to be an ignorant moron or on the take.

Everything about this technocratic totalitarian takeover has been incremental. No one mentioned withholding food until now. I knew it was inevitable.

And for those with natural immunity? Crickets.

Cross and Cutlass: Friday Musings: Nothing Shall By Any Means Hurt You!

[…] University to fine or cut internet access for unvaccinated students  LA City council preparing an ordinance to not allow the unvaccinated to enter grocery stores. Oregon Governor Brown forcing all educators to be vaccinated1 in 1.7 Million Children died from […]