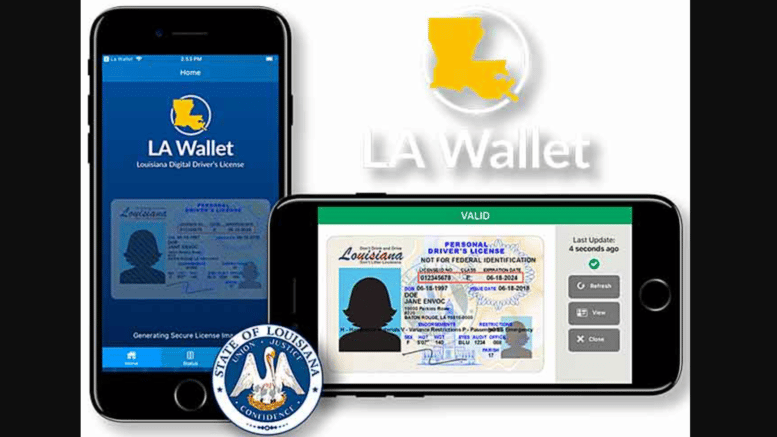 Please Share This Story!
PDF 📄
An official Louisiana state app called LA Wallet, that holds a user’s official drivers license, will be used to determine who can and cannot view pornography on the Internet. While pornography is definitely harmful to children and adults alike, this is a slippery slope to require government identification to view any type of online content. Plus, it is incredibly naive to think that all involved will voluntarily discard identifying information after access is granted. ⁃ TN Editor

“Pornography is destroying our children and they’re getting unlimited access to it on the Internet, and so if the pornography companies aren’t going to be responsible, I thought we need to go ahead and hold them accountable,” Schlegel, a professional counselor and certified sex addiction therapist who treats those with pornography and sex addiction, said.

According to Schlegel, depression, erectile dysfunction, fatigue, and lack of motivation are all directly linked to pornography use. The Louisiana Republican seeks to protect children from such outcomes.

“It’s tied to some of the biggest societal ills of human trafficking and sexual assault,” she added. “And in my own practice, the youngest we’ve ever seen is an eight-year-old.”

According to Fox 8, pornography websites will be able to find other ways to ask for age verification, though they will not be allowed to retain the information.

“It doesn’t identify your date of birth, it doesn’t identify who you are, where you live, what part of the state you’re in, or any information from your device or from your actual ID,” Sara Kelley, a project manager with software designer Envoc, said. “It just returns that age to say that yes, this person is old enough to be allowed to go in.”

It will be up to the pornography website to set up their own age verification process, and Schlegel said there would be consequences for those who do not.

“Someone could sue on behalf of their child; they can sue if children are getting access to pornography,” she said. “So, it would be up to the user to sue the company for not verifying age first.”

That also makes me think of the word “pirate”. We know what pirates are, right? people who killed other people on the high seas for their belongings, raping pillaging, and apparently very blood-thirsty.

Is anyone today who gets free stuff off the internet REALLY in that same boat /category?