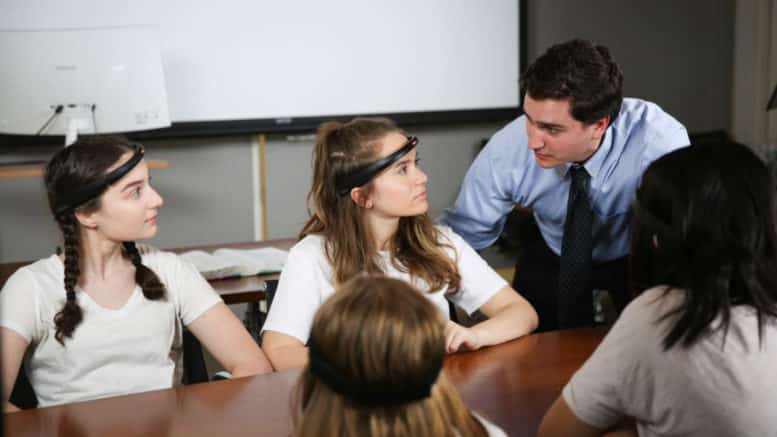 Please Share This Story!
PDF 📄
Technocrat engineers are attempting to disrupt education by measuring student attention/focus and giving ‘teachers’ a window into the mind.  Not surprisingly, China jumped at the opportunity for mass testing on 1.2 million students. ⁃ TN Editor

US-made devices could be used to collect data on 1.2m pupils in China.

Headbands that monitor concentration by reading brain signals have been trialled on thousands of Chinese schoolchildren.

The devices could soon be used on millions of students across China, according to the US tech company which designed them.

However, neuroscientists have questioned the devices’ effectiveness and the technology has also raised privacy concerns.

The headbands use electroencephalography (EEG) sensors to detect brain activity when the wearer is engaged in a task.

The devices were worn by 10,000 schoolchildren aged between 10 and 17 during a recent trial in China, according to New Scientist.

Teachers monitored pupils’ attention using an app which received information from the headbands. Lights on the front of the devices also show different colours for varying concentration levels, flagging to staff if students are not paying attention.

Students also played a smartphone game aimed at improving their concentration for 25 minutes at home each day.