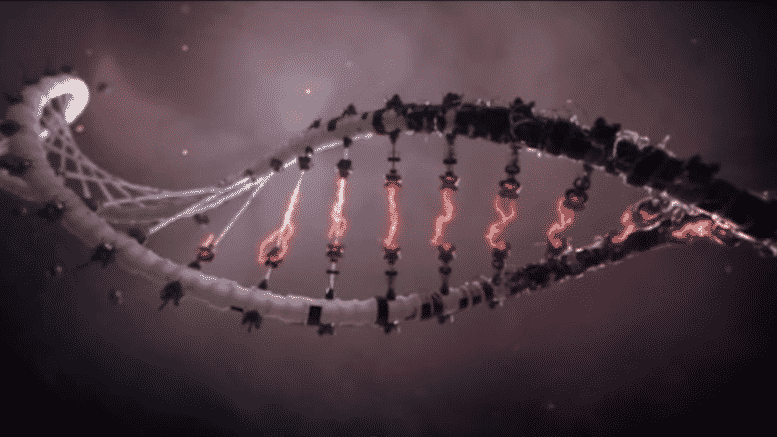 Please Share This Story!
PDF 📄
Transhumanism represents the “Great Reset” of humans in the same vein that Technocracy will reset the economic, social and governance of society. Hacking the human genome will have disastrous effects on our long-term survival. COVID injections based on mRNA represent the first major effort to artificially transform the human body into a dependent and controllable entity. ⁃ TN Editor

> In episode 26 of Children’s Health Defense (CHD) Tea Time, I discuss the transhumanist agenda and how its ultimate goal is to control the human population

> You’re being surveilled 24/7, and most of the surveillance you are allowing into your life, as you give up your privacy and consent to surveillance in exchange for convenience

> Google is a primary culprit and the most egregious offender; they have major control and influence since, worldwide, 93% of the searches done online use Google

> Transhumanists don’t have to put a microchip into your arm to gain immeasurable control; they can already alter reality and brainwash the population via data collection and the manipulation of information

The notion of transhumanism is being actively researched and explored, while on some level it’s already here. Many people regard transhumanism as turning human beings into robots, but it actually describes a social and philosophical movement that involves the development of human-enhancement technologies.1

In episode 26 of Children’s Health Defense (CHD) Tea Time, I spoke with Polly Tommey, director of programming for CHD-TV, and colleagues about the transhumanist agenda and how its ultimate goal is to control the human population. The process has been accelerated by the COVID-19 pandemic, and over the last two years, the global cabal has succeeded in influencing behavior, primarily through fear and the creation of narratives.

Most people don’t appreciate that they’re being surveilled 24/7, and most of the surveillance you are allowing into your life, as you give up your privacy and consent to surveillance in exchange for convenience. Google is a primary culprit and the most egregious offender, and they have major control and influence since, worldwide, 93% of the searches done online use Google.2 It’s the biggest monopoly in the history of the world.

They’re Capturing Your Data and Influencing Your Mind

In the future, it’s possible that transhumanism will use technologies that are physically embedded in the human body or brain to offer superhuman cognition or forms of mind control. However, at this time transhumanism is already occurring, not from an implantable device but through mass formation psychosis and the manipulation of information.

A key example is the term “mass formation psychosis,” which Dr. Robert Malone, inventor of the mRNA and DNA vaccine core platform technology,3 mentioned on an episode of “The Joe Rogan Experience” December 31, 2021. The episode was viewed by more than 50 million people.4

January 2, 2022, mass formation psychosis reached a value of 100 on Google Trends,5 which means it had reached peak popularity, after previously being practically unheard of.

The technocrats quickly took action, manipulating search results and populating Google with propaganda to discredit Malone and the mass formation psychosis theory — even though Mattias Desmet, professor of clinical psychology at the University of Ghent in Belgium, who has 126 publications to his name,6 has been studying it for many years, and the phenomenon actually dates back over 100 years.

Those under the spell of mass formation psychosis obsessively focus on a failure of the normal world or a particular event or person — in this case COVID-19 — which becomes the focus of the attention and can effectively control the masses. The phenomenon leads to totalitarian thinking and, eventually, to totalitarian states — and it’s clear that Google didn’t want you to know about it.

Because of their monopoly, Google controls what you see by manipulating search results and censoring websites or labeling them “misinformation.” If you want to find out how to truly get healthy, for instance, the information exists on the internet — it’s there — but you won’t be able to find it easily if you don’t know where to look because of the way Google controls information.

By manipulating information, they can shape and alter reality about any topic — from COVID-19 to Ukraine — in order to fit their agenda. It’s not only Google’s search engine that’s tracking what you do but also your browser. Google Chrome browser tracks everything you do online, while Gmail captures every character you type — and saves it on its servers indefinitely.

If you use smart speakers in your home, like Alexa and Google Home smart speakers or the Google Assistant smartphone app, there’s a chance people are listening to your requests, and even may be listening when you wouldn’t expect. Even smart thermostats can have microphones in them.

Have you ever had a phone conversation with someone and then in the next hour or day started getting ads related to something you spoke about? This is a powerful example of the amount of data they’re collecting about you and how they’re using it to control and manipulate your behavior. They don’t need a futuristic transhumanist device to go in and manipulate your brain — they’re already doing it without it.

‘Hacking Organisms’ to Reengineer Life Itself

The beginning of CHD’s video features transhumanist Yuval Noah Harari, professor at Hebrew University of Jerusalem and a top adviser to Klaus Schwab, owner and chairman of the World Economic Forum (WEF). It’s important to be aware that Schwab, WEF and Harari speak openly about transhumanism as part of The Great Reset, and Harari admits data might enable human elites to do more than “just build digital dictatorships.”

“By hacking organisms,” Harari said, “elites may gain the power to reengineer the future of life itself because once you can hack something, you can usually also engineer it.”7 Soon, he says, some corporations and governments will be able to “systematically hack all the people.” And, if they succeed in hacking life, he describes it as the “greatest revolution in biology since the beginning of life 4 billion years ago.” According to Harari:8

Once human life is hacked, the hackers will maintain control over life itself — a process that has been accelerated by the pandemic. After all, Harari said, “It’s often said that you should never let a good crisis go to waste.”9

Surveillance is a key part of the plan for global totalitarian control, and Harari says that in 100 years, people will be able to look back and identify the COVID-19 pandemic as the moment when a new regime in surveillance took over — “especially surveillance under the skin.”10

Even though a brain-computer implant recently enabled a fully paralyzed man to communicate with family and doctors with his thoughts,11 I don’t believe the technology has advanced to the point that implantable microchips are being used as brain-machine interfaces to control your thoughts. But what does exist today are vaccine passports, which can progress to digital IDs, which then lead to central bank digital currencies (CBDC) — the endgame.

CBDCs appear to be inevitable; it’s not a question of if they’re going to have them, but when. Once CBDCs become widespread, they’ll be able to control everything, as it will be difficult to survive without them. They don’t have to put a microchip in your arm to gain this immeasurable control — they’ll be able to track and control your every move via CBDCs.

Optimizing your health is one of the best measures you have to develop your personal resilience against whatever new threat may come your way. I outlined three top priorities in the video, which include:

1.Avoid seed oils in your diet — Seed oils, which are often referred to as vegetable oils, are hidden in virtually every processed food, including restaurant foods, unless you can confirm the chef is cooking only with butter. There’s virtually nothing more destructive to your body in producing heart disease, cancer, age-related macular degeneration, diabetes, obesity and dementia.12

Even if you cut out processed foods and other major seed-oil offenders like sauces and salad dressings at restaurants, you can still be hit by these pernicious toxins because they’re hidden in ostensibly “healthy” foods like chicken and pork. These animals are fed grains loaded with the omega-6 fat linoleic acid, which is found in most seed oils and causes health damage when consumed at the excessive levels that are common today.

Many people eat loads of chicken because it’s perceived as a health food and it’s inexpensive, but it’s a major source of linoleic acid. In your own cooking, examples of healthy fats to use instead of seed oils are beef tallow, butter or coconut oil.

2.Avoid iron overload — If you’re male or a postmenopausal woman, iron overload can put your health at risk. As a potent oxidizer, iron can damage your tissues and impair mitochondrial function. Your body has limited capacity to excrete iron, which allows it to build up in your organs, including your heart, liver and pancreas.

Men and postmenopausal women can reduce their risk of iron overload by donating blood two or three times a year. It’s an effective and inexpensive remedy that will also help others.

3.Get regular sun exposure — Getting outdoors in the sun, exposing as much of your bare skin as possible, is the best way to ensure your vitamin D levels are optimized. When you get sun exposure, it also increases the active form of vitamin A along with mitochondrial melatonin, a profoundly important antioxidant inside your mitochondria that reduces oxidative stress.

You don’t have to be on Google.com to risk your privacy and be surveilled. It’s much more pernicious than this, as your data can be captured while you’re, for instance, talking on your phone. Apps can track and collect your data, which is then used to essentially brainwash you.

It’s possible to de-Google your cellphone by getting an Android phone that doesn’t have a Google operating system, but you’ll need to find a skilled IT person who can reformat your cellphone’s hard drive. You can further help protect your privacy and fight back against the transhumanism movement by avoiding any and all Google products. This includes:

ProtonMail helped to uncover the “hijacked flight to Minsk”, working together with deep state:

This will be the demise of the human race. You can’t change something natural without creating an entire new set of problems. There are natural forces at work that you can’t simply change to your liking. Sugar is natural. It’s bad for your health so they invented fake sugars. Those fake sugars are more dangerous to human health then the natural kind. Screwing with DNA will have similar results only worse because you can’t undo it and will pass any bad outcome on to your offspring. Some things should just be left alone but psychopaths are destructive and don’t understand… Read more »

“at this time transhumanism is already occurring, not from an implantable device but through mass formation psychosis and the manipulation of information.” The official framing of the mass formation “phenomenon” is misleading and wrong. The false hope-addicted psychologists and their acolytes want you to believe this is “just some temporary occasional” madness by the masses that has been going on since only the 20th century when it is but a spike of a CHRONIC madness going on for aeons with “civilized” people — see “the pink elephant in the room” is MARRIED One of these mainstream psychologists who have been spreading this whitewashed reality,… Read more »