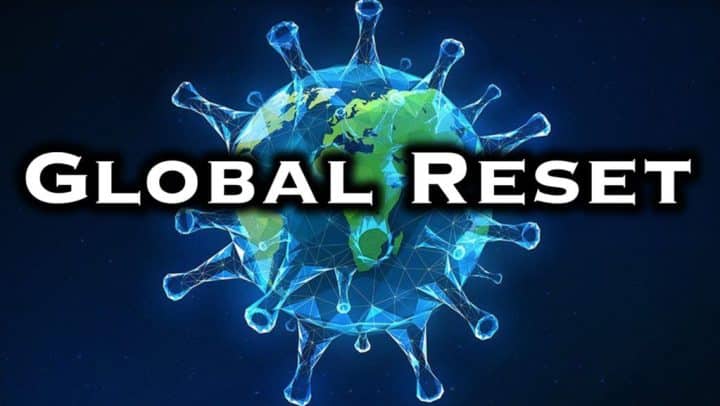 Please Share This Story!
PDF 📄
A German professor currently teaching in Brazil has independently confirmed TN’s long-held assessment that the “Great Reset” is being staged “with the intent of creating a global technocracy.” This is a critical, must read article for all TN readers. ⁃ TN Editor

The lockdown in the wake of the coronavirus pandemic has accelerated the implementation of long-held plans to establish a so-called new world order. Under the auspices of the World Economic Forum (WEF), global policymakers are advocating for a “Great Reset” with the intent of creating a global technocracy. It is not by coincidence that on October 18, 2019, in New York City the WEF participated in “Event 201” at the “high-level” pandemic exercise organized by the John Hopkins Center for Health Security.

This coming technocracy involves close cooperation between the heads of the digital industry and of governments. With programs such as guaranteed minimum income and healthcare for all, the new kind of governance combines strict societal control with the promise of comprehensive social justice.

The truth, however, is that this new world order of digital tyranny comes with a comprehensive social credit system. The People’s Republic of China is the pioneer of this method of surveillance and control of individuals, corporations, and sociopolitical entities.

For the individual, one’s identity is reduced to an app or chip that registers almost any personal activity. In order to gain a few individual rights, and be it only to travel to a certain place, a person must balance such apparent privileges with his submission to a web of regulations that define in detail what is “good behavior” and deemed as beneficial to humankind and the environment. For example, during a pandemic, this sort of control would extend from the obligation of wearing a mask and practicing social distancing to having specific vaccinations in order to apply for a job or to travel.

Under the order envisioned by the Great Reset, the advancement of technology is not meant to serve the improvement of the conditions of the people but to submit the individual to the tyranny of a technocratic state. “The experts know better” is the justification.

The plan for an overhaul of the world is the brainchild of an elite group of businessmen, politicians, and their intellectual entourage that used to meet in Davos, Switzerland, in January each year. Brought into existence in 1971, the World Economic Forum has become a megaglobal event since then. More than three thousand leaders from all over the world attended the meeting in 2020.

The Great Reset will be the theme of the fifty-first meeting of the World Economic Forum in Davos in 2021. Its agenda is the commitment to move the world economy toward “a more fair, sustainable and resilient future.” The program calls for “a new social contract” that is centered on racial equality, social justice, and the protection of the nature. Climate change requires us “to decarbonize the economy” and to bring human thinking and behavior “into harmony with nature.” The aim is to build “more equal, inclusive and sustainable economies.” This new world order must be “urgently” implemented, the promotors of the WEF claim, and they point out that the pandemic “has laid bare the unsustainability of our system,” which lacks “social cohesion.”

The WEF’s great reset project is social engineering at the highest level. Advocates of the reset contend that the UN failed to establish order in the world and could not advance forcefully its agenda of sustainable development—known as Agenda 2030—because of its bureaucratic, slow, and contradictory way of working. In contrast, the actions of the organizational committee of the World Economic Forum are swift and smart. When a consensus has been formed, it can be implemented by the global elite all over the world.

The ideology of the World Economic Forum is neither left nor right, nor progressive or conservative, it is also not fascist or communist, but outright technocratic. As such, it includes many elements of earlier collectivist ideologies.

In recent decades, the consensus has emerged at the annual Davos meetings that the world needs a revolution, and that reforms have taken too long. The members of the WEF envision a profound upheaval at short notice. The time span should be so brief that most people will hardly realize that a revolution is going on. The change must be so swift and dramatic that those who recognize that a revolution is happening do not have the time to mobilize against it.

The basic idea of the Great Reset is the same principle that guided the radical transformations from the French to the Russian and Chinese Revolutions. It is the idea of constructivist rationalism incorporated in the state. But projects like the Great Reset leave unanswered the question of who rules the state. The state itself does not rule. It is an instrument of power. It is not the abstract state that decides, but the leaders of specific political parties and of certain social groups.

Earlier totalitarian regimes needed mass executions and concentration camps to maintain their power. Now, with the help of new technologies, it is believed, dissenters can easily be identified and marginalized. The nonconformists will be silenced by disqualifying divergent opinions as morally despicable.

The 2020 lockdowns possibly offer a preview of how this system works. The lockdown worked as if it had been orchestrated—and perhaps it was. As if following a single command, the leaders of big and small nations—and of different stages of economic development—implemented almost identical measures. Not only did many governments act in unison, they also applied these measures with little regard for the horrific consequences of a global lockdown.

Months of economic stillstand have destroyed the economic basis of millions of families. Together with social distancing, the lockdown has produced a mass of people unable to care for themselves. First, governments destroyed the livelihood, then the politicians showed up as the savior. The demand for social assistance is no longer limited to specific groups, but has become a need of the masses.

Once, war was the health of the state. Now it is fear of disease. What lies ahead is not the apparent coziness of a benevolent comprehensive welfare state with a guaranteed minimum income and healthcare and education for all. The lockdown and its consequences have brought a foretaste what is to come: a permanent state of fear, strict behavioral control, massive loss of jobs, and growing dependence on the state.

With the measures taken in the wake of the coronavirus pandemic, a big step to reset the global economy has been made. Without popular resistance, the end of the pandemic will not mean the end of the lockdown and social distancing. At the moment, however, the opponents of the new world order of digital tyranny still have access to the media and platforms to dissent. Yet the time is running out. The perpetrators of the new world order have smelled blood. Declaring the coronavirus a pandemic has come in handy to promote the agenda of their Great Reset. Only massive opposition can slow down and finally stop the extension of the power grip of the tyrannical technocracy that is on the rise.

The governments of the world are sending their countries into bankruptcy so that people of the world will have no choice but to be part of the WEF/UN new world order!

Proverbs 22:7 (NIV), “The rich rule over the poor, and the borrower is slave to the lender.”

The one thing Technocrats are afraid of is being confronted with brutality. Most of them border on being Beta Males who couldn’t fight their way our of a wet paper bag, who think they are smart enough to manipulate Alpha Males into supporting their agenda. Wrong ! The warriors the state has trained understand very well the nature of brutality and what gains it will be able to be made just as in war. This my friends is exactly why there are laws being considered to restrict Veterans from having the weapons of their trade. When the people have had… Read more »

A One World Government, A One World Religion: https://www.technocracy.news/one-world-religion-pope-francis-signs-historic-covenant-with-islam/ and a One World Political system: Technocracy. The stage is set, now the World Leader shall come and be over it all. But first many will disappear. They will say aliens took them to be reprogrammed. Don’t you want to be one of the ones that disappear? For God so loved the world that he gave his only begotten Son that whosoever believes in him should not perish but have everlasting life. The world is not all there is, Praise the Lord!!

The good news is the Church will be long gone at the Rapture when the Beast is revealed. For the Lord Himself will descend from heaven with a shout, with the voice of the archangel and with the trumpet of God, and the dead in Christ will rise first.1st Thessalonians 4:16 Maranatha

honestly there is no biblical evidence there will be a rapture – this was put in to keep you asleep.

Last edited 2 years ago by just saying back
1
Reply

The disappearing will be after the Trib. Then comes the Wrath, the celebración, then Armageddon.

I said it last year many times. I will say it once again. When the predatory class’ international effort to gain influence put the Gretas of the world, mothers screaming ‘save the children’ and the marching sign-holding children and didn’t work for them it was their last card to play. The climate change agenda was created to push the 2030 Agenda forward. It didn’t work. The public wouldn’t buy it. There was too much push-back and too many voices against. Consequently, and I said this, the timeline was not quick enough for the eugenicists/NWO group/Cabal. So they agreed to bring… Read more »