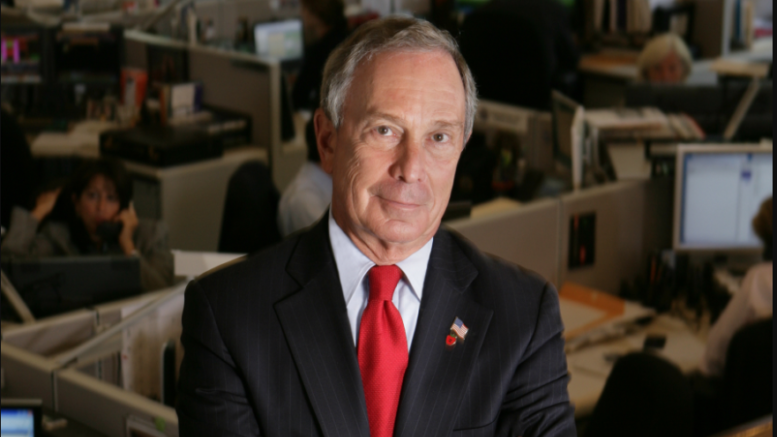 Please Share This Story!
PDF 📄
The author is correct to associate “technocratic” with Bloomberg, but for the wrong reasons. Bloomberg is an active member of the Trilateral Commission which elevated Technocracy to global prominence beginning in 1973. ⁃ TN Editor

Mike Bloomberg is cool, correct, and effective, and all the more worrisome for it.

If November were to come down to a Trump-Bloomberg race — despite the former New York City mayor’s woeful debating skills — Americans would get the choice of swapping one president with an a-constitutional view of the office for another.

The two New York City billionaires are studies in contrast, except no one would think to feature either one of them in an episode of Schoolhouse Rock.

Trump’s ego feeds off constant praise and airtime; Bloomberg’s feeds off his belief that he’s the smartest guy in the room, in fact, in any room, and that you’d inevitably agree with him if only you were as intelligent, rational, and public-spirited as he is.

Trump insults people directly with disparaging nicknames and slighting references to their physical characteristics, energy level, and poll numbers; Bloomberg insults them indirectly with his ill-disguised contempt for their supposedly troglodyte views if they happen to disagree with him.

Both Trump and Bloomberg have a soft spot for Chinese president-for-life Xi Jinping. For Trump, he is strong; for Bloomberg, he is able to do what he wants with minimal interference from little people and nonexperts.

The signature Michael Bloomberg initiative is the ban — of smoking, of large sodas, of guns. He is most comfortable when he is prohibiting things that people should know better than to consume or own. The spirit of these initiatives was undemocratic and in some cases, the method was, too. Bloomberg bypassed the city council when attempting to impose his soda ban, instead getting the board of health to issue a diktat against 16-ounce sodas sold at the wrong establishments.

Surely, to the extent it’s made any impression on him whatsoever, Bloomberg considers the U.S. Constitution an anachronism that poses obstacles to the initiatives of right-thinking people. Why should an 18th-century conception of rights get in the way of a 21st-century government, especially when health and safety are at stake?

Bloomberg’s reaction after the Boston Marathon bombing was characteristic. “We live in a complex world,” he said, “where you’re going to have to have a level of security greater than you did back in the olden days, if you will. And our laws and our interpretation of the Constitution, I think, have to change.”