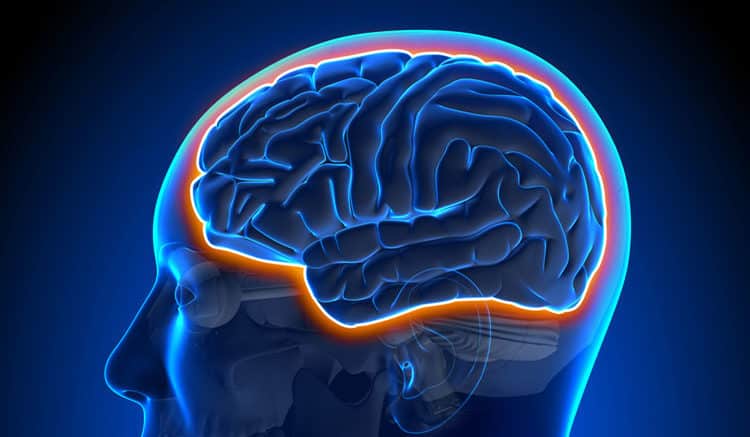 Please Share This Story!
PDF 📄
The industry science behind EMF radiation is more corrupt than that of climate science, and has been so since the beginning. With the imminent rollout of 5G, no scientific studies have been done on exposure to humans at any distance. ⁃ TN Editor

Neurosurgeon and researcher Dr. Leif Salford has conducted many studies on radio frequency radiation and its effects on the brain. Dr. Salford called the potential implications of some of his research “terrifying.” Some of the most concerning conclusions result from the fact that the weakest exposure levels to wireless radiation caused the greatest effect in causing the blood brain barrier to leak.

Since he began his line of research in 1988, Dr. Leif Salford and his colleagues at Lund University Hospital in Sweden has exposed over 1,600 experimental animals to low-level radiation. Their results were consistent and worrisome: radiation, including that from cell phones, caused the blood-brain barrier–the brain’s first line of defense against infections and toxic chemicals–to leak.

Researchers in 13 other laboratories in 6 different countries had reported the same effect, but no one had proven whether it would lead to any damage in the long term. In a study published June 2003 in Environmental Health Perspectives, Salford’s team repeated the experiment on 32 additional animals, but this time waited eight weeks before sacrificing them and examining their brains. In those animals that had been exposed to a cell phone, up to two percent of the neurons in all areas of the brain were shrunken and degenerated.

Salford, chairman of the Department of Neurosurgery at his institution, called the potential implications “terrifying.” “We have good reason to believe,” he said, “that what happens in rats’ brains also happens in humans.” Referring to today’s teenagers, the study’s authors wrote that “a whole generation of users may suffer negative effects, perhaps as early as in middle age.”

An argument is sometimes made (not necessarily accurately) to those who express concern about radiation from “smart” meters, Wi Fi, etc, that the radiation emitted from these devices is at such a low level that the public needn’t worry about it. However Dr. Salford’s studies showed opening up of the blood brain barrier from very low levels of radiation. In fact, Cindy Sage and Dr. David Carpenter write in a 2008 paper (Public Health Implications of Wireless Technologies) it was “the weakest exposure level [which] showed the greatest effect in opening up the BBB [blood brain barrier].”

Dr. Devra Davis, author of “Disconnect” explains the science of cell phone radiation in a very comprehensive way. For example she shows photos of two cells, one whose DNA has been damaged by “gamma” radiation (which is what was emitted in Hiroshima) and another cell damaged by low level pulsing non ionizing radiation (from a cell phone). Both cells look very damaged compared to a normal cell; but she even goes on to say the DNA from the cell exposed to the cell phone radiation looks worse. She also discusses the campaign to discredit reputable scientists and their studies–some of these reputable studies having been around since 1972 (Frey).

In May of 2011, the World Health Organization official recognized that wireless radiation such as emitted by “smart meters” is a possible carcinogen. After decades of corporately-funded, biased research being held up as “industry-standard”, there are hundreds of independent peer-reviewed scientific studies now showing there is a clear health hazard with technology emitting wireless radiation in the range that “smart meters” do. Meanwhile, tens of thousands of people with a “smart meter” installed, have contracted illness, insomnia, rashes, headaches, and worse. And many have been forced to leave their homes entirely, due to health effects. What’s more, in apartment buildings where 30+ “smart meters” are installed in a single electrical room, the dangers are even higher. There have been no long-term health studies done on this high level of Electromagnetic Radiation.

The 5G Proponents are trying to silence the Stop5G Movement
The Censorship of Stop5G begins with the purge of John Kuhle’s Facebook Group “Stop5G”
https://kentuckymarijuanaparty.com/2019/10/15/the-censorship-of-stop5g-begins-with-the-purge-john-kuhles-facebook-group-stop5g/

Please dont buy the results of one dr. We have been bathed in EMF long before technology and clinical studies actually prove so far there is no danger.

Before you rail on me you believers if conspiracy here, take a moment to consider that even light is EMF.

Well, How about 5 doctors? Or 10? How much is enough for you? Does it depend on ‘consensus’ of all drs?

–> even light is EMF
And your point is? Go take a three-hour nap in a tanning machine. Point a laser into your eye. Take a trip to Mars and get fried by radiation from the Sun.

I agree: don’t buy the results of one doctor – but do buy the results of many. I was severely injured in 1996 by non-ionizing radiation which I had always assumed was safe and would have laughed if told differently. I nearly died. This later led me to continuous research. With all due respect since science beliefs often become rigid until new information or discovery is introduced, and we don’t all get access to the latest, The US Navy hired Dr. Zory Glaser to keep a bibliography of studies on health effects from low level, man-made EMFs. Even back in… Read more »

Its simple only ionizing radiation is dangerous if you think otherwise I would double check your “evidence”.

Definition: “Ionizing radiation is any form of radiation that has enough energy to knock electrons out of atoms or molecules, creating ions. How is ionizing radiation measured? Measurement lies at the heart of modern science, but a number by itself conveys no information.”

Your comment is incorrect and misleading. Non-ionizing radiation from many frequencies has been amply demonstrated to be harmful. You should check YOUR evidence.

If you dare complain about these Federal mandates at a Federally subsidized clinic, they will criminally ban you from having access to affordable medical care! This was my experience over speaking about about the Federal criminals at my clinic: