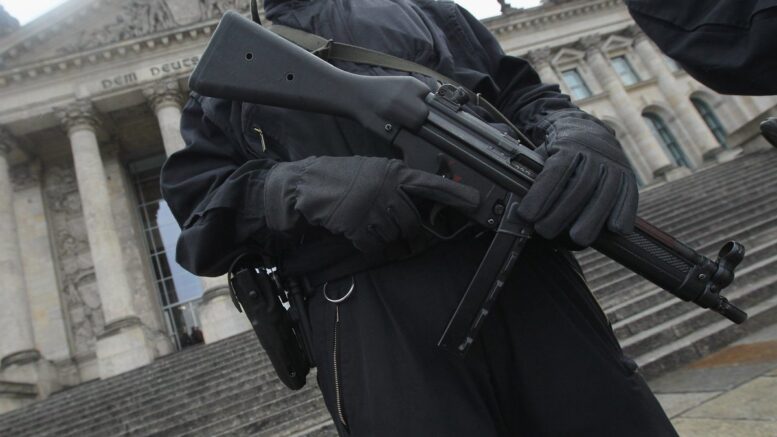 Please Share This Story!
PDF 📄
“Digital violence” is the new thing in Germany. Progressive NGO HateAid has released an app that lets you accuse anyone of hate speech or other inappropriate digital activity. HateAid reviews the submissions and then sends them on to authorities for criminal prosecution. How is it not hate speech to throw someone into a criminal meat grinder?⁃ TN Editor

A number of NGOs in Europe are pushing for the population to use China-style software to report instances of racism, hate speech and “digital violence” to them.

Progressive NGOs in Europe have been enlisting the general public to assist them in their crusade against so-called hate speech, with one organisation employing a China-style smartphone app to encourage people to tattle on those in breach of social progressive norms.

Rising to prominence in the German media thanks to its role in a recent sting operation rolled out against the police, censorious NGO HateAid has encouraged the public to report instances of what it calls “digital violence” to them using the organisation’s custom-built software.

According to a report by Der Spiegel, the investigation spearheaded by television show “ZDF Magazin Royale” and backed up by HateAid, found that some law enforcement officials either did not act sufficiently quickly on — or even recorded in some cases — instances of online “hate speech” that were brought to their attention by those involved in the operation.

This exposé has since resulted in criminal complaints being brought against some officers who are suspected of not acting in perfect lockstep with the various requirements and censorious demands of German law.

The organisation has since taken the opportunity to denounce police for allegedly ignoring reports of “clearly right-wing extremist comments”, as well as issue recommendations that German forces be reformed so as to act more promptly to prosecute “digital violence” which is in breach of the law.

However, seemingly not content with how effective censorious German state officials are on their own, the group has also been pushing the public to use their “ReportHeroes” app, which it describes as a tool which allows users to combat “all forms of digital violence, whether insults, defamation, sexist digital violence, hate comments or hate speech”.

Similar to a system rolled out by the Chinese Communist Party during the 2022 Winter Olympics which allowed users to report “politically sensitive” digital content direct to the nation’s authorities, the “ReportHeroes” app allows users to report any instance of “digital violence” they find on the internet to HateAid.

The organisation claims that all information sent via the app in this way is then checked by themselves, before being forwarded directly to a section of the Frankfurt am Main Public Prosecutor’s Office, where state authorities can then decide whether or not the netizen inm question has a criminal case to answer for.

“Very important: If you are not sure whether the comment is actually criminally relevant or not, remember: It is better to report too many than too few!” the organisation notes on their website.

This sounds like the German government or what suffices for one, just like the USA! The software will only be used by crazy, blaming, shaming people who feel abused by the system/humanity and who want revenge against others. Right now, that would be the usual suspects, the SJWs of the world who are easy to spot, but it will spread to other disenfranchised individuals who want revenge and see an easy manner in which to achieve their goals. Such software is the perfect execution tool for blame. Accusation–True? False?

No one will ever know–tyranny by proxy.

Well, golly… since the fasco-Marxist left pushing the horse manure MURDEREED at least 100 MILLION last century, and are now doing even more if you include abortion, might I humbly suggest these arzeholds report THEMSELVES. The 100 million figure comes from The Black Book of Communism, Harvard Univ. Press, while the late Dr. RJ Rummel, Univ of Hawaii (tough job, but SOMEONE has to do it, right?) reported up to 170 MILLION killed by government last century, virtually all leftist https://www.hawaii.edu/powerkills/LONGVITA.HTM

Here’s something to report about me, you fasco-Marxists: F you.

[…] New App Fights Hate Speech By Letting You Rat On Anyone […]