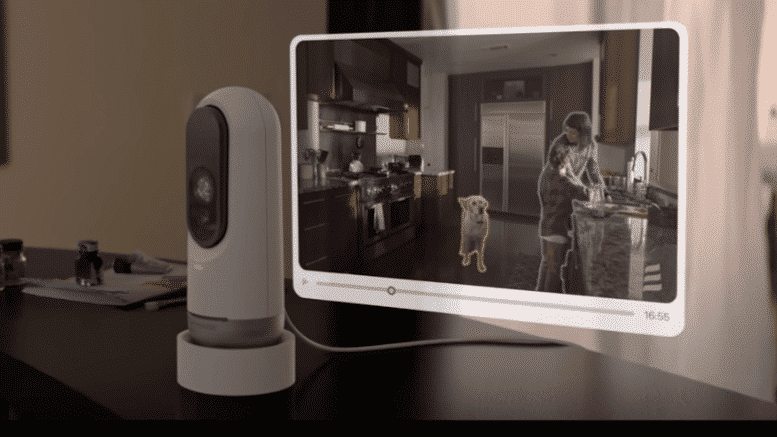 Remembering that any device connected to the Internet can be hacked without your knowledge by criminals and governments alike, is this device worth the risk? You cannot have your cake and eat it too. ⁃ TN Editor

A new smart-home assistant and security monitor can tell the difference between specific adults and spot kids and pets, and send you smartphone alerts about what they’re up to.

The device was created by Alex Teichman and Hendrik Dahlkamp, who have backgrounds in computer vision and self-driving cars. So far, the company has raised $17 million from investors, including Android cofounder Andy Rubin.

Lighthouse uses several cameras, including a 3-D time-of-flight one that can see how far away an object is and determine objects in the foreground versus those in the background, Teichman says. If the device finds something that may be interesting—say, your kids walking into the living room at 11 p.m.—it will send that to a remote server, which analyzes the data and works with a Lighthouse app running on your smartphone to figure out what to do with it (perhaps send you a notification if you’d told the app to let you know about the kids being in there after 8).

Lighthouse can do things like send you an alert when a specific person gets home (which could be helpful or creepy, depending on your perspective), ping you if a specific person doesn’t arrive in a certain time frame on a certain day, or let you know when an unknown person is in the house (you can then sound an alarm from the app if you choose).

“You tell it what you care about, and it tells you when these things happen,” Teichman says.

Lighthouse’s software can discern specific people via face recognition once you let it know, via the app, who that person is, Teichman says. It can also keep track of people coming and going by the presence of their smartphones, Teichman says, using a combination of things like geofencing and Bluetooth.

In a demo, Lighthouse’s app seemed to understand queries asked by Lighthouse chief marketing officer Jessica Gilmartin, like “Who walked the dog yesterday when I wasn’t there?” or “What did the kids do this morning before 7 a.m.?” or, more simply, “Kids running on Sunday.” In response, the app quickly pulled up video clips of a dog walker bringing a dog into the home, Gilmartin’s young children walking down the stairs at 6 and 6:35 a.m., and her kids and one of their friends running around the house.

The Lighthouse service stores video data for 30 days, and only keeps video that includes something moving, Teichman says. He adds that only Lighthouse users can see their data, unless they choose to share it with the company.

Lighthouse may face an uphill battle with consumers. There are plenty of other smart cameras on the market, after all, some of them with object-recognition capabilities and many of them cheaper.