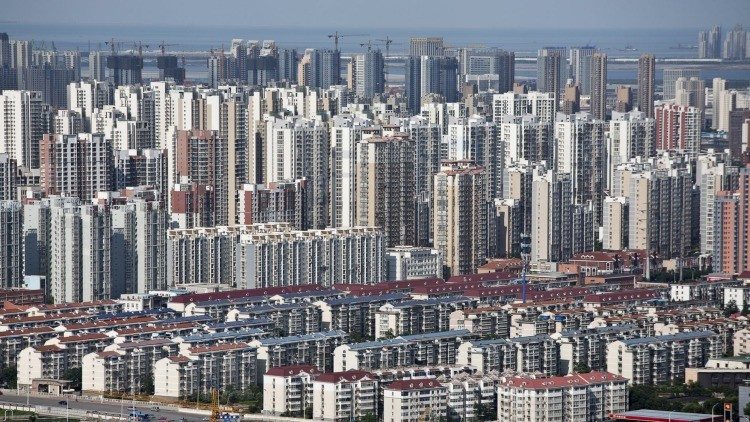 China is the epitome of a functioning Technocracy and this is the New Urban Agenda, Agenda 21, 2030 Agenda all rolled into one. 100 million farmers will be forcibly driven from their land to populate numerous technates (ghost cities) that have already been built. This is the same ideology that is consuming America. ⁃ TN Editor

The Chinese government said it plans to relocate 100 million farmers, or about 12 percent of the rural population, mainly into smaller cities with a large stockpile of unsold homes, and turn the farmers’ small holdings into larger farms.

But farmers who choose to move and get an urban household registration, or hukou, will have the right to decide whether to keep their farmland or sell it, the State Council, China’s cabinet, said in a policy document released on Tuesday.

The State Council said it plans to move at least 13 million people registered as farmers out of rural areas permanently each year from 2016 to 2020, with at least 100 million people affected after the five years. Small plots of land left behind by city-bound villagers could be turned into larger farms that use modern methods to make the agricultural sector more competitive, policymakers said.

Authorities had hoped the government-led migration could also help reduce the large stockpile of unsold homes, particularly in smaller cities, built during a property boom in recent years.

But CEBM Group, a market research agency affiliated with Caixin Insight Group, said the move will not help reduce the housing glut in smaller cities if rural workers continue to receive lower wages.

“The main problem is that most rural workers can’t afford a home in cities, and commercial banks do their most not to offer home loans to them,” CEBM Group said in a statement.

The urbanization drive comes as economic growth slowed to 6.5 percent last year, the worst in 25 years, amid a cooling property market and sagging domestic consumption and export earnings.

To facilitate the mass relocation, large and midsize cities have been told to drop the need to own a home to qualify for a hukou, which is needed to access public services, the State Council said.

In 2015, 56 percent of China’s population lived in urban areas, but one in four in this group lacked an urban household registration, according to the National Statistics Bureau. A significant number of those without a hukou were rural farmers working in construction sites or factories in cities.

According to the new plan, by 2020, those with an urban household registration will account for 45 percent of the population, up from the current 40 percent.