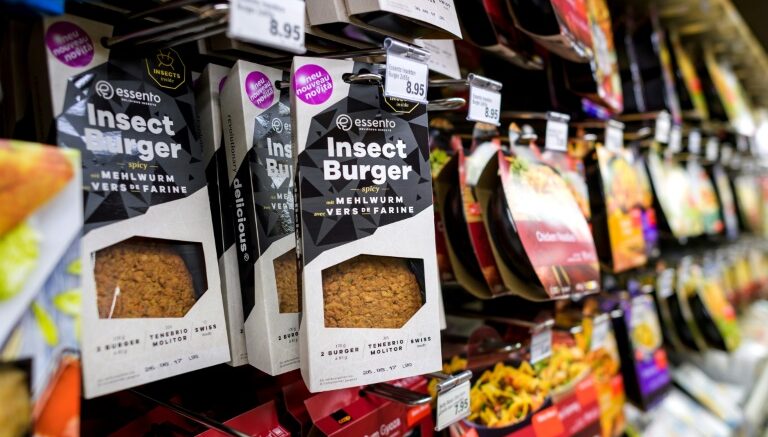 Please Share This Story!
PDF 📄
Ever since the UN published Agenda 21 in 1992, it has claimed that raising animals is “unsustainable” and that humans should instead eat plants and insects. Not that Big Ag has figured out that it is cheaper to mass produce bugs, they have decided that you are going to eat them. ⁃ TN Editor

The EU’s food watchdog on Wednesday paved the way for diners across Europe to tuck into insects as it gave safety approval for human consumption of dried yellow mealworm.

The move by the European Food Safety Authority (EFSA) is the preliminary step needed before officials can decide whether to allow the beetle larvae to be sold to consumers across the 27-nation bloc.

The ruling is the first completed risk assessment of an insect food product application by the agency as it looks to approve a potential boom sector that could provide a sustainable source of protein.

It could “pave the way for the first EU-wide approval,” Ermolaos Ververis, scientific officer in EFSA’s NUTRI unit, said in a statement.

“Risk evaluation is a decisive and necessary step in the regulation of novel foods by supporting policy makers in the EU in making science-based decisions and ensuring the safety of consumers.”

The EFSA said it had found the mealworms — or Tenebrio molitor larva — were safe to be eaten “either as a whole dried insect or in the form of powder” after an application from French insect-rearing firm Micronutris.

“Its main components are protein, fat and fibre,” the statement said, but warned that more research needed to be done on possible allergic reactions to the insects.

The burgeoning insect farming industy in Europe welcomed the decision and said they hoped to see authorities give permission for yellow mealworms to be marketed to the public by the middle of this year.

“The release of this document indeed represents an important milestone towards the wider EU commercialisation of edible insects,” Antoine Hubert, president of the the International Platform of Insects for Food and Feed, said in a statement.

The Italy-based EFSA has more insect investigations on its plate and is also set to examine if crickets and grasshoppers are fit for consumption.

David Rockefeller and Maurice Strong must be laughing and rolling on the floors of hell now….

Genetically modified new specimens can be created relatively quickly from insects, and so one can see very quickly how quickly the beasts kill us or make us sick.

Just think, Elon said that with the right DNA sequence and RNA, they can change humans into butterflies.