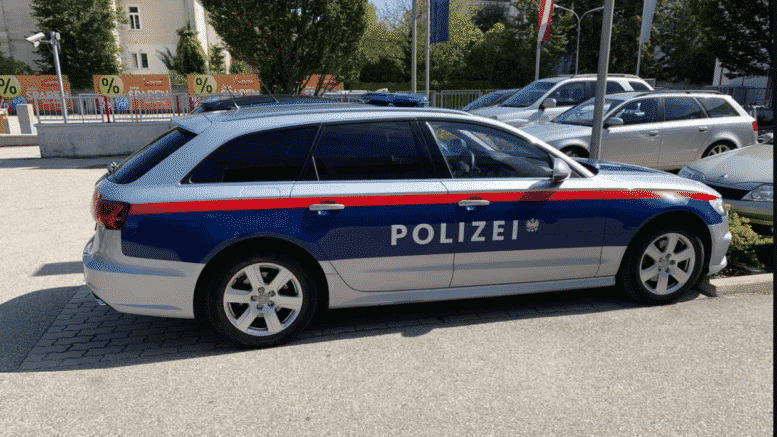 Please Share This Story!
PDF 📄
Technocratic tyranny continues to percolate in Europe as Austria is bent on 100% compliance with its vaccine mandate, boosters included. Civil unrest will certainly continue to grow testing resolve on both sides. Germany is also ramping up persecution of its unvaxxed citizens, with predictable results. ⁃ TN Editor

Austrians who refuse to take a mandatory COVID-19 vaccine before a government imposed deadline face prison sentences and huge compounding fines for non-compliance.

After initially placing the unvaccinated under lockdown, a policy that completely failed, Chancellor Alexander Schallenberg announced that the jab would become compulsory from February 1.

Questions as to what would happen to those who still refused to take it have now been answered in the form of a draft that was leaked to the media.

“Under the bill, anyone who refused to attend a scheduled vaccination appointment would receive an official summons from local authorities. If an individual failed to show up, they would then be summoned one more time within the next four weeks,” reports RT.

“Should the second official request be ignored as well, the person would face a fine of €3,600 ($4,061) or four weeks in prison. The fine would increase to €7,200 ($8,000) for those who had already been fined twice for violating the vaccination requirement.”

If it passes, the legislation will stay in place for three years, with the government deciding if having recovered from COVID is a reasonable exemption.

Only pregnant women and children under the age of 12, in addition to those who face “a danger to life or health” by getting the vaccine, will be exempt.

With tens of thousands of protesters taking to the streets of Vienna in recent weeks, expect unrest to grow.

Although 26 Million Aussies have been disarmed, they HAD BETTER start getting CREATIVE and start making ‘other weapons’!!

I would REALLY LOVE to speak with the FAMILIES of these NAZI ‘cops’!!! Do they even HAVE families?? Or did they get dragged off to the NAZI Concentration Camps by their Family Member NAZI ‘cop’?? Would love to know what these families think the their NAZI ‘cop’ family members behavior!!

Weren’t NAZIs at least nationalist? Nationalism is a bad word in Today’s europe. And we’re not talking about NAZIs, we’re talking communists and globalists. But you know all of that. No one makes such uneducated comments inadvertently.

It’s globalism. It’s not about the vaccine, it’s about power. Jailing everyone won’t work. What the Supreme Court decided last Thursday should follow in other countries. Globalism is going to be overthrown in elections. A nationalism conservative movement is coming to replace the old order.

[…] state – total local control.  Just look at the moronic disasters going on in Australia and Austria and Italy and Israel and Canada because the sheeple willingly gave up their God-given rights […]

These public officials should be kicked out of office.
Nuremburg 2.0 is needed now,
For religious freedom, some people did it. Mass raid of stores nothing happens/ A raid of bad officials homes why not!. A police official in the eastern town of Sialkot, who spoke on condition of anonymity because of the sensitivity of the case, said investigators believed the attackers had accused the manager of blasphemy for tearing down a poster with Islamic holy verses.

That is infinitely CUTE. Nuremburg 2.0!! Who’s going to lead that? Please wake up.

If all the unvaccinated 10% will wear posters in front of the parliament, we can tear down the global bankers, nato and pentagon. Posters can do it.

Those giving the injections need to refuse to “follow these illegal orders” otherwise they are collaborators in the destruction of their country.