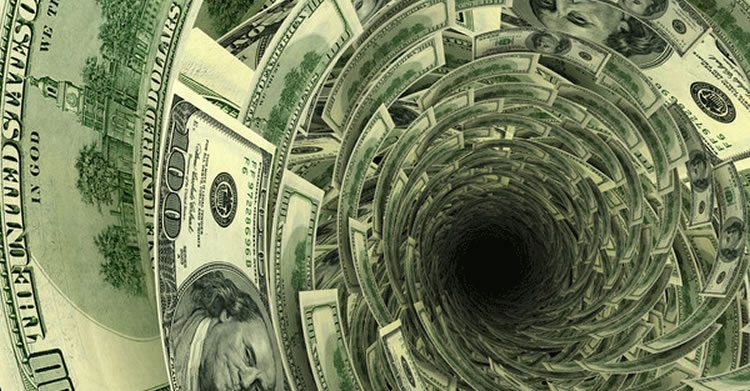 This article from The Daily Bell underscores the global urgency to move to a Universal Basic Income because of jobs being replaced by robots. Welcome to the 4th Industrial Revolution and the poverty of mankind. ⁃ TN Editor

“EU states should guarantee minimum income for citizens … The European Commission wants all EU member states to introduce minimum wages and incomes for their workers and unemployed, the head of the EU executive president said on Monday, in an effort to combat growing social inequality and poverty.  The Commission, which has limited powers in the area of social policy, is preparing an overhaul of the EU’s functions and targets and wants it to include tackling social and economic injustices that have often been successfully exploited by right-wing eurosceptic parties across the 28-nation bloc. “– Reuters

The European Union seeks to mandate a basic income. We’d like to see the EU done away with, so from our point of view a basic income is a non-starter. But the EU obviously thinks it is a good idea,

Why? Because it will pretty much end a lot of the agitation against the EU. Or at least that’s the idea. If you are receiving an income from the EU it is harder to argue that you ought to leave it.

“There should be a minimum salary in each country of the European Union,” Jean-Claude Juncker told a conference on social rights in Brussels, adding that those seeking work should also have a guaranteed minimum level of income.

Juncker, a former prime minister of Luxembourg, said each state should be free to set its own minimum wage, but added: “There is a level of dignity we have to respect.”

In a sense, the idea is an admission that the current central banking  economy doesn’t work very well. Southern Europe in particular is ravaged by unemployment. At one point, upwards of 50 percent of young people were said to be out of work.

Additionally there is a good deal of social dumping going on. This is a term that describes using migrant workers, especially from the Middle East, to replace higher-wage local workers.

Juncker want to leverage the EU’s 19-country Eurozone that “already shares a single currency and fiscal supervision.” This is not a long-term hypothetical concept. The EU intends to move on the idea within the next few weeks. It will present these ideas in Rome on March 25 during a meeting that celebrates the 60th anniversary of the Treaty of Rome starting today’s European Union.

From what we can tell, this sounds like a true basic income that would be available whether someone was working of not. Juncker is dressing it up in the usual EU verbiage about rights and entitlements. But the idea, ultimately, is to give everyone a regular stipend whether they work or not.

From our point of view, it is nothing more than an attempt to keep the ECB from being exposed to the contempt it so richly deserves. If the central bank is handing out money, it is harder to criticize it,

Additionally, it freezes the current system in place because a basic income puts pressure on people to keep the system as it is. Finally such a system is highly inflationary, so what you are promised is not what you will ultimately receive. You will come under a good deal of additional control for a pittance.

Conclusion: Juncker is buying off his enemies with a program that sounds good but won’t act as promised. People need to make their own way in the world to the degree that it is possible. Otherwise the system itself takes over and there is little hope for improvement.

The one question universal basic income supporters have never been able to answer to my satisfaction is, how will it be funded? If nobody is working, if nobody is creating wealth, then where will the funds come from to pay for this? That’s when they have to admit that it’s a Ponzi scheme. Most of today’s government programs are, but with a twist that only governments can achieve. We are forced to participate at gunpoint.