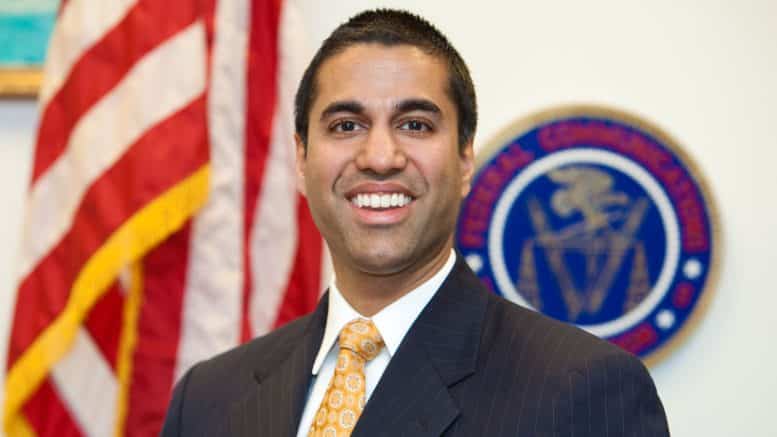 FCC Director Pai is the Technocrat caused a national outrage by dismantling ‘Net Neutrality”. Now he is overseeing the major overhaul of a mission-critical US communication system that processes over 6 billion calls and texts per day. The problem is that the programming contractor is not a US owned or operated company. If this system fails for any reason, American communications will be completely shut down. ⁃ TN Editor

An impending overhaul of the national U.S. telecommunications database is prompting fears the transition could spark a catastrophic failure, crippling emergency communications networks across the United States, according to industry insiders who told the Washington Free Beacon the foreign firm handling the upcoming transition may not be prepared to initiate the switch.

On April 8, a foreign firm will initiate the first phase in a Federal Communications Commission-mandated overhaul of the national telecoms database that stores and facilitates millions of American phone numbers.

The national database, known as the Number Portability Administration Center (NPAC), handles 6 billion calls and texts per day, and if the system fails, no calls at all will be able to be placed. It is being taken over by a foreign-owned firm with a past of breaching U.S. national security clauses banning it from employing foreign workers, such as those tied to China.

Ahead of the deadline, industry insiders have been raising concerns that iconnectiv, the firm responsible for handling the nation-wide transition, is not prepared to implement the switch, a situation that could cripple emergency services and interrupt cell service for scores of Americans.

The first phase of the transition will focus on nine American states in the southeast, as well as Puerto Rico and the U.S. Virgin Islands. Industry insiders told the Free Beacon that there is currently no mechanism in place to return to the existing telecoms database should something catastrophic occur during the impending transition.

“First responders won’t be able to reach people in need, the FBI and other law enforcement will lose a critical tool in conducting wiretaps, and consumers could face long stretches without wireless service,” said one source with direct knowledge of the situation.

iConnectiv, formally known as the Swedish-owned firm Telcordia, has been working on an expedited timeline to implement to transition after it was forced to restart its work in the wake of a national security scandal.

Telcordia was caught in 2016 using a Chinese engineer to work on the sensitive database, a violation of national security clauses included in the firm’s contract with the U.S. government.

The use of foreign workers triggered an FBI investigation, forcing the company to restart its work, a situation that delayed the project for months and cost U.S. taxpayers some $375 million.

Now working on a rushed deadline ahead of the April 8 switch, industry insiders have been expressing concerns that the network is not ready for primetime, which could result in a catastrophic failure impacting scores of Americans.

“The bottom line is that it’s difficult to get a good read on whether everything is on target for April 8,” officials with Mobile Ecosystem, an industry consulting firm, wrote in a recent update on the situation. “Executives who have been involved with IT projects of this magnitude are concerned about the compressed time schedule for this project.”

“It was delayed for a time because some code that had been written by a Chinese citizen who did not have the proper security clearance had to be rewritten, which resulted in the testing schedule being substantially compressed,” the firm noted. “In an ideal world, given the volume of data involved, the production traffic should be mirrored for a time. But it does not appear that there’s a plan for that.”