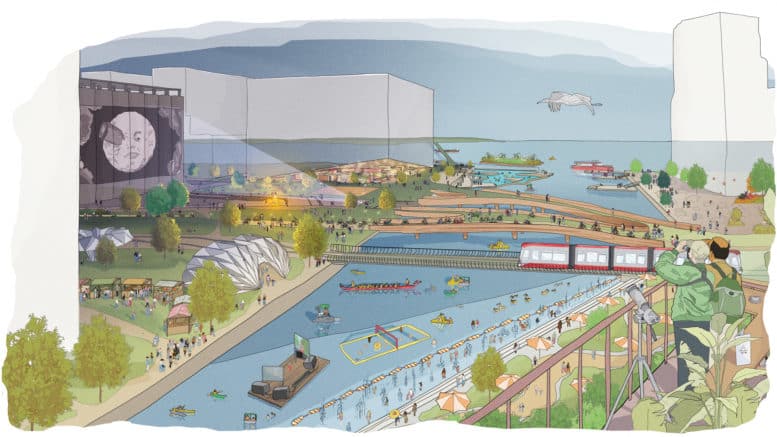 Please Share This Story!
PDF 📄
As Google applies its data management skills on a real city, Quayside, it is turning into a privacy nightmare. What it needs to do, it will not do because its prime directive is to collect identifiable data. De-identified data is totally useless to Technocrats at Google. ⁃ TN Editor

Sidewalk Labs, an Alphabet division focused on smart cities, is caught in a battle over information privacy. The team has lost its lead expert and consultant, Ann Cavoukian, over a proposed data trust that would approve and manage the collection of information inside Quayside, a conceptual smart neighborhood in Toronto. Cavoukian, the former information and privacy commissioner for Ontario, disagrees with the current plan because it would give the trust power to approve data collection that isn’t anonymized or “de-identified” at the source. “I had a really hard time with that,” she told Engadget. “I just couldn’t… I couldn’t live with that.”

Cavoukian’s exit joins the mounting skepticism over Sidewalk Labs and the urban data that will be harvested through Quayside, the first section of a planned smart district called Sidewalk Toronto. Sidewalk Labs has always maintained that the neighborhood will follow ‘privacy by design‘, a framework by Cavoukian that was first published in the mid-1990s. The approach ensures that privacy is considered at every part of the design process, balancing the rights of citizens with the access required to create smarter, more efficient and environmentally friendly living spaces.

Sidewalk Labs has been debating how to adopt the framework since it was selected as a Quayside planning partner last year. The team has held countless meetings with the public and technology experts, including Cavoukian, to explain its thinking and ensure everyone’s concerns are considered in the Master Innovation and Development Plan due early next year. (The plan is effectively a final pitch or proposal that will need to be approved by the City of Toronto before any building work can go ahead.)

Privacy, of course, has been a constant source of discussion. Some Torontonians are nervous because of Google’s reputation as an advertising business and the vague information Sidewalk has given about data collection so far. Sidewalk Labs, though, can’t be specific because it hasn’t finalized anything — it’s still researching and considering its options.

Still, progress is being made. Sidewalk Labs published some initial proposals for data governance in Quayside last week. The bottom line: It wants someone else to handle the issue. The company suggested an independent trust that would oversee all data collection in the neighborhood. If any company, including Sidewalk Labs, wanted to set up citizen-tracking hardware or services, they would need to file an application, called a Responsible Data Impact Assessment (RDIA), with the trust first. Some applications could be “self-certified,” or quickly approved, while others would require careful consideration by the group.

Sidewalk Labs says all of its applications would follow Cavoukian’s privacy by design framework. But here’s the rub — the trust would also have the power to approve applications that don’t anonymize data at source. In its proposal document, the Alphabet-owned team gives a theoretical example involving video cameras in public parks. The application, Sidewalk Labs says, couldn’t be self-certified because it involves personal information. It could be approved, however, on the condition that the video footage is only used for park improvement, and that the files are destroyed on a rolling seven-day basis. The company in question would also need to erect signs near the cameras and add their locations to a public registry.

That wiggle room concerns Cavoukian. She believes all Quayside data should be de-identified at source to maintain citizen privacy. “The minute you say, ‘well it’s going to be their choice,’ you can bet more and more data will be collected in personally identifiable form,” she said. “Because that’s the treasure trove. That’s what everybody wants.”