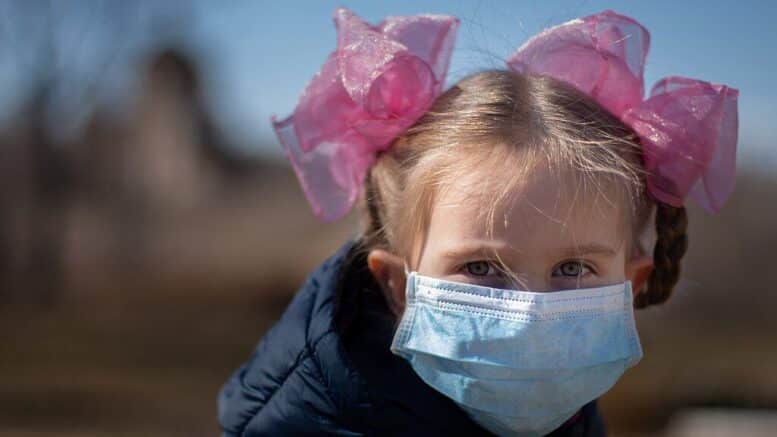 Psychiatrists are reporting the heavy damage being done to children over pandemic lockdowns. It is rightly characterized as “a mental health ticking time bomb.” Eating disorders, OCD, anxiety, depression, self-harm and suicide are skyrocketing across youth populations. ⁃ TN Editor

A London psychiatrist has said he is not under any doubt that the coronavirus lockdown has led to a surge in mental health referrals for children, saying the figure had “skyrocketed”.

Dr Omer Moghraby described seeing a rise in children who have cut themselves or taken overdoses in Accident and Emergency wards. He has seen other children suffering from eating disorders, losing such a drastic amount of weight that doctors are fighting to save their lives.

“The closure of schools, the lack of contact with friends and stopping all sports activities is having a particularly damaging effect on children.

“One can only say the major factor across it all is pandemic — the lack of activities, the lack of schooling, the lack of opportunities for these young people and probably a deterioration of wellbeing of their parents not being able to cope,” the child psychiatrist told Sky News on Thursday.

Dr Moghraby is not the only healthcare professional in recent weeks to voice his concern about the rising healthcare crisis amongst the young.

At the beginning of February, Dr John Wright of Bradford Royal Infirmary wrote for the BBC that before the pandemic, he and his colleagues would see children experiencing a mental health crisis arrive at A&E once or twice a week, but since the lockdown had become a more frequent occurrence. Self-harm, more commonly seen in teenagers, is starting to be observed in younger and younger children, too, he said.

“Since the summer it’s been more like once or twice a day. Some as young as 10 have cut themselves, taken overdoses, or tried to asphyxiate themselves. There was even one child aged eight,” Dr Wright wrote.

The doctor reported that other physicians from every corner of the United Kingdom had noted a similar phenomenon.

Experts had warned after Prime Minister Boris Johnson announced the third lockdown that “the pandemic has created a mental health ticking time bomb” in young people, who are finding themselves under lockdown for such a long period of their young lives.

Child behaviour specialist Elizabeth O’Shea continued that “the biggest issue is the mental health impact, I think what we know in the parenting industry is that we are going to be experiencing three main problems: depression, anxiety and OCD, Obsessive-Compulsive Disorder.”

Ms O’Shea added that it was “vital” for children to play and get exercise outside. However, campaign group Play Outside has said that unclear lockdown rules have resulted in police ordering children not to play with each other at parks or ordered to leave.

The issue was highlighted this week when two brothers, aged eight and six, were allegedly commanded by London police to leave the park because they were in breach of lockdown and told to play in their own garden, despite not having one because they lived in an apartment.

Reckless: Lockdowns Are Damaging Children – Life, Death and all between

If people would make their own judgement calls instead of listening to those who try to control them, they would not be suffering so much and that includes their children. Free yourself from the nonsense and find others of like minds and get together as you did before the stupid COVID lies started.