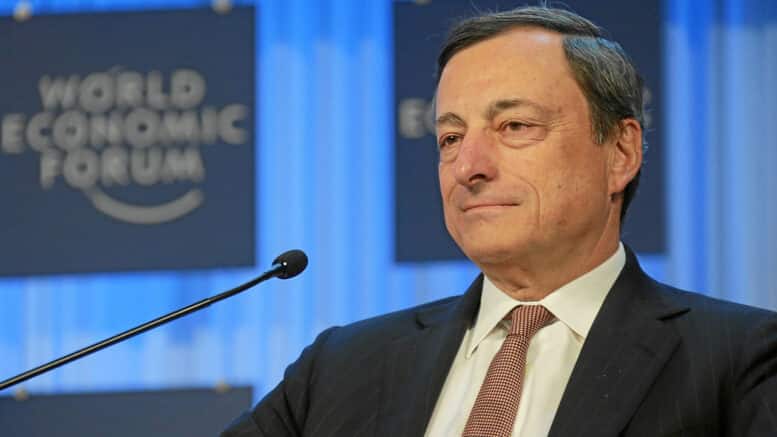 Please Share This Story!
PDF 📄
The birthplace of Western Civilization, Italy, has long been dancing with unelected, unaccountable Technocrats in its government. Draghi’s new government is again loaded with Technocrats and the media is reporting it exactly that way. ⁃ TN Editor

Mario Draghi, the former head of the European Central Bank, confirmed on Friday he was ready to form Italy’s next government and unveiled a cabinet with a mix of technocrats and politicians.

Following are portraits of the non-partisan technocrats who took some of the top posts.

Daniele Franco, 67, has spent his career at the Italian Treasury and the Bank of Italy.

He has been deputy governor at the central bank since January 2020 and was previously at the Treasury as state auditor, a key role in the management of public finances.

The co-ruling 5-Star Movement accused him in 2018 of hindering its big spending plans through an excessively close scrutiny of government proposals.

He joined the Bank of Italy in 1979 and headed its research department when Draghi was governor between 2005 and 2011.

Roberto Cingolani, 59, has been the chief technology and innovation officer of state-controlled defence group Leonardo since 2019.

He trained as a physicist at the universities of Bari and Pisa and went on to work at the Max Planck Institute in Stuttgart. He was a visiting professor at Tokyo University and Virginia Commonwealth University in the United States. In 2005 he was a founder of the Italian Technology Institute.

He previously worked management consultancy McKinsey in Milan and at Morgan Stanley in London.

Last April he chaired a panel of experts advising the previous government on how to ease the lockdown restrictions imposed during the first wave of the coronavirus.

He has a masters degree in business administration from Harvard.

Enrico Giovannini, 63, is a professor of economic statistics who was labour minister in 2013-2014 in a coalition government led by Enrico Letta.

He promotes alternatives to gross domestic product as a way of measuring countries’ economic progress and is a leader of the Italian Alliance for Sustainable Development.

He was chief statistician at the Paris-based Organisation for Economic Cooperation and Development (OECD) from 2001 to 2009, and headed Italy’s national statistics bureau ISTAT from 2009 to 2013.

First and foremost Draghi is a Jesuit! Jesuit oath: http://www.truthontheweb.org/jesuit.htm Pope Francis says private property belongs to everyone and many other heresies not in the Bible. Draghi believes the pope is infallible and god. The Roman Catholic Church is a cult and if you are in it maybe you rethink. See here: https://www.cnsnews.com/commentary/john-horvat-ii/im-catholic-can-i-disagree-pope-francis-property. The woman (roman catholic church) rides the beast (the global government happily. Revelation 17.

The birthplace of Western civilisation is not Italy, but Greece.

West has been always accounted from the center of the earth which is Israel. Paul’s first missionary journey Antioch Syria, then to Cyprus which during that time Alexander the Great had incorporated with Egypt into the Roman Empire, and it was an imperial province in 27 B.C. The first mention of Cyprus was Acts 4:36 and is connected to the early spread of Christianity, the Roman Empire ruled at this time. There was no Christianity before the death, burial, and resurrection of Christ Jesus, because it was mentioned first in Antioch Syria. “And when he had found him he brought… Read more »