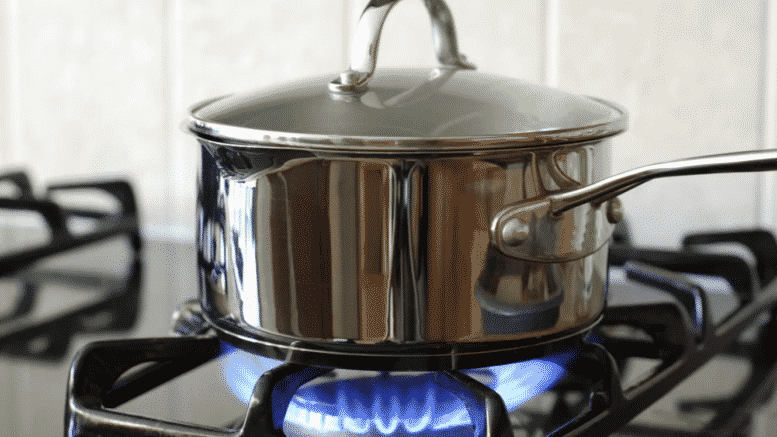 Please Share This Story!
PDF 📄
The irrational war on carbon is extending into public policy as major cities consider banning natural gas. Natural gas is abundant, inexpensive, clean. reliable and already built into our national infrastructure, but that’s not good enough for global warming ideologues who have declared war on carbon. ⁃ TN Editor

New York City authorities are set to decide today whether to ban natural gas connections for new buildings in a bid to reduce the city’s carbon footprint, the Associated Press reports, adding the measure will almost certainly become law.

Once it does, new buildings after 2027 will be heated by fossil fuel alternatives, most likely electricity, the report notes.

The idea of moving away from gas is not new. In California, the city of Berkeley became the first to enact a ban on new natural gas hookups in new buildings back in 2019. New York was among the cities that have been considering the measure for a while now, along with Denver, Seattle, and San Francisco.

For the proponents of gas bans, the benefits are clear and come down to lower carbon emissions. For the opponents, there are too many disadvantages, from the cost of switching a house from gas to electricity to the effect of more all-electric households on the grid.

“The intermittent nature of renewable sources like solar and wind necessitates another form of energy when the sun isn’t shining, and the wind isn’t blowing,” wrote the chief executive of the American Public Gas Association in an article commenting on the bans for Utility Dive.

State authorities seem to be against the measure in most of these places, but New York appears to be an exception. In New York City, heating, cooling, and electricity supply for buildings account for as much as 70 percent of carbon emissions, and supporters of the gas ban see it as a necessary step to reduce this amount.

Yet opponents don’t see it this way.

“Eliminating the direct use of natural gas in homes and businesses would simply shift the use of natural gas from inside the home to powering an already overburdened electric grid through natural gas-fired power plants—if we’re lucky—and in some cases, coal-powered plants,” Dave Shryver from the American Public Gas Association said back in June this year.

This could be a good thing. Now all we need is a good blizzard and reduce NYCs population. That could work better than the vax.