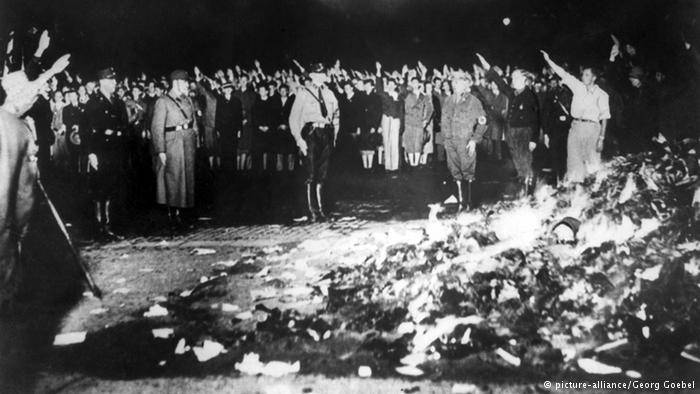 The media have given the misleading impression that the policies of Senator Bernie Sanders (I-VT), a self-declared socialist, are radically different than those of President Obama or Hillary Clinton. In reality, they all propose to use government power to control the economy by either confiscating the assets of private firms or running them out of business.

Technically, this may be fascism, rather than socialism. But the totalitarian nature of what is taking place is unprecedented in American history. America is becoming a socialist state that not only determines the fate of private industry, but attempts to control what people think and read about important public policy issues.

In Venezuela, which is admittedly ruled by a socialist regime, an iconic firm called Empresas Polar, which provides everything from pasta to beer, is suffering under government price controls and regulations, and has been declared an enemy of the state. The Wall Street Journal has been covering the fate of this firm in detail in a dramatic series of articles.

Here, the problem is actually worse. Rather than targeting just one firm, the Obama administration has been seeking to destroy the entire coal industry, along with the jobs of tens of thousands of workers that the old-style Marxists used to claim to represent. In their latest move, “the Obama Administration is giving the industry its last rites by halting new coal leases on federal lands where mining is still profitable,” the Journal noted.

This is not just Obama’s policy. Former Secretary of State Hillary Clinton said that if she became president, “we’re going to put a lot of coal miners and coal companies out of business.”

The official Democratic Party policy of destroying the coal industry is being done in the name of saving the environment from alleged global warming. Toward that end, Obama signed the Paris Climate Agreement for the purpose of reducing global CO2 emissions. But he refused to submit the agreement for Congressional approval. The Global Warming Policy Foundation has published an academic paper which says the agreement is essentially a fraud, adding that it exempts countries such as China and India from undertaking any reductions.

In order to stifle debate over the job-destroying policies of the Obama regime, a group of Democratic state attorneys general are using legal tactics in an effort to criminalize and prosecute those challenging the global warming theory.

In an interview conducted by Ginni Thomas and carried by The Daily Caller, Dr. Kim Holmes, author of The Closing of the Liberal Mind, says the criminalization of dissent on climate change is “truly Orwellian” and “borderline totalitarian.” It is another sign of the decline of American democracy, documented in another important book, Democracy: And Why It Will Fail in America.

At the same time, the Portland (Oregon) Public School Board has voted to ban textbooks and other materials that do not support the theory of climate change. Patrick Wood, Editor of Technocracy News & Trends, asks, “Will they ban materials from the homes of students? What will be the punishment for being caught with such materials on Portland Public School campuses?”

The left-wing group Rethinking Schools calls this Portland, Oregon, board decision “the country’s most far-reaching policy on teaching climate justice in the schools.” It says the policy commits Portland schools to “abandon the use of any adopted text material that is found to express doubt about the severity of the climate crisis or its roots in human activity,” and requires the school district to develop a comprehensive plan to “address climate change and climate justice in all Portland Public Schools.”

This is, of course, occurring on a local level. But one could easily anticipate the Obama administration adopting this policy on a national basis, in the form of a directive to local districts, similar to the federal dictate on bathroom policy.

This agenda can be called fascism or socialism. But another “ism” also rears its ugly head.

Bill Bigelow, a former teacher and current curriculum editor of Rethinking Schools, has referred to Howard Zinn as “the great historian and activist.” Zinn, whose books are force-fed to young people on many college campuses, was not only a member of the Moscow-controlled and Soviet-funded Communist Party USA (CPUSA) but lied about it. Zinn taught in the political science department of Boston University for 24 years, from 1964 to 1988.

Bigelow is the co-editor of a textbook on environmental education,A People’s Curriculum for the Earth. It looks like his campaign is at least partly designed to get his own textbook into the schools. Indeed, the group reports that Portland’s resolution “began in a workshop” led by the book’s co-editors, Bill Bigelow and Tim Swinehart. Swinehart, who teaches at Lincoln High School in Portland, is an alumnus of the Lewis & Clark Graduate School of Education and Counseling.

Commenting on the campaign to criminalize dissent on climate change, Dr. Kim Holmes said, “Once you break that barrier and tell scientists they will be punished, this is like the Inquisition in the 16th century or the Red Guard in the Cultural Revolution in China.”

Ironically, the Roman Catholic Church is involved in this modern-day inquisition, since Pope Francis has already issued a papal encyclical on climate change in an “unholy alliance” that includes anti-capitalist and pro-population control advocates.

The Red Guards were groups of students, formed under the auspices of the Chinese Communist Party, which eliminated remnants of the old order.

How different is that from what is happening in the U.S. today? The group Rethinking Schools  says that what happened in Portland could inspire similar efforts around the country, leading to “millions of public school students” who would then become part of a nationwide army of activists recognizing “a climate emergency” that requires “shutting down coal-fired power plants, banning new pipelines and off-shore drilling.”

Swinehart declares, “Now the real work begins: transforming the principles of this resolution into the education of climate literate students across the district who feel empowered to work toward a more just and sustainable future.”

These new Red Guards are coming to a school district near you. Can we rescue America from mysticism and tyranny?

In Mao’s Great Leap Forward, 80 million people starved to death. After this wrenching destabilization, he could consolidate control. This is the idea behind U.S. reducing jobs, outsourcing jobs, promoting AI, while simultaneously, allowing immigrants, to starve out Americans, to then consolidate after the crisis. As in Great Leap Forward, no one talks about this. Everything is going along just fine… Most readers, even here, are reading but not yet taking the coming crisis seriously.