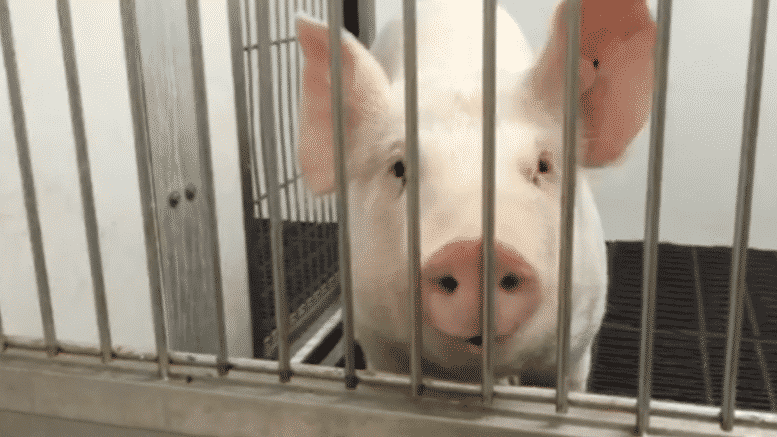 TN Note: Technocrat scientists continue to push the envelope regardless of ethical concerns. As long as they have public funding to conduct their experiments, they will continue to do so. In other words, they ‘experiment’ because they can, and there is no moral or ethical issue to be addressed.

It was revealed today that in a futuristic Dr Frankenstein-like experiment, scientisist in the US have injected human stem cells into pig embryos to produce human-pig embryos known as chimeras.

But, concern has already surfaced that playing God in this way could open the door to pig’s developing with human intelligence and too much like us.

There are fears that mixing pig and human genes in this way coud see the animals develop looking like animals but with human brains or boosted intelligence.

The research is so controversial that last year, the main US medical research agency, the National Institutes of Health, imposed a moratorium on funding such experiments.

Its main concern is that the human cells might migrate to the developing pig’s brain and make it, in some way, more human.

Pablo Ross, a reproductive biologist who is leading the research, said this is unlikely but is a key reason why the research is proceeding with such caution.

He said: “We think there is very low potential for a human brain to grow, but this is something we will be investigating.”

Mr Ross, whose team is from University of California, Davis, says the hybrids should look and behave like normal pigs except that one organ will be composed of human cells.

But, amid concerns that the human-pig chimeric embryos could develop too much like us, the inch-long embryoes are only being allowed to develop inside the sows for 28 days before the pregnancies are terminated and the tissue removed for analysis.