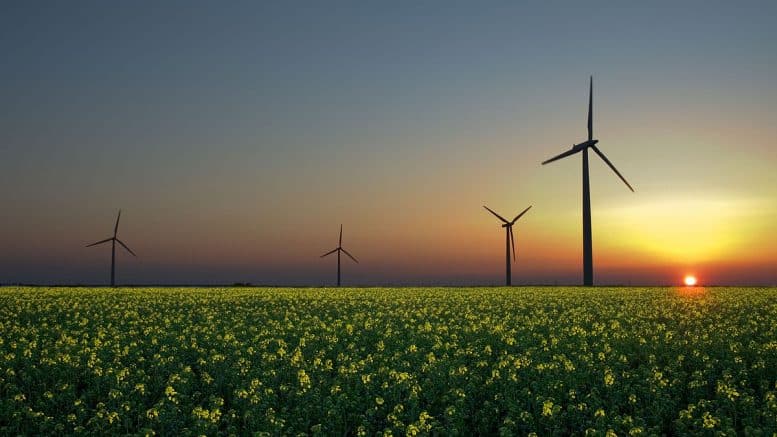 Please Share This Story!
PDF 📄
Renewables and control over energy is a scam that started with the 1930s Technocracy movement. As the western world is following this delusional dream, it creates policies that will drag down civilization and social structures while stripping wealth from everyone but the global Technocrats who promote it. ⁃ TN Editor

Germany is preparing for gas rationing. France’s power grid operator is asking consumers to use less electricity. In the UK, protests are breaking out over the latest electricity price hike that plunged millions of households into what one local think tank called fuel stress. Europe has a serious energy problem.

The problem dates back years and points to a persistent complacency on the part of European governments that whatever happens, there will always be gas from Russia. After all, even during the Cold War Russia pumped billions of cubic meters of gas to European countries. Now, things are different, and it’s not just because of the war in Ukraine.

Europe has been enthusiastically trying to reduce its dependence on all fossil fuels, not just Russian gas, for a few years now. The EU recently boasted that in 2022 renewable energy sources accounted for 37.5 percent of gross electricity consumption, with wind and hydro constituting two-thirds of the total renewable energy output. Why, then, one wonders, would Germany have to brace for gas rationing and France ask its citizens to consume less electricity? Now that has a bit to do with the war in Ukraine. The war seems to have whipped EU governments – and Downing Street – into a frenzy seeking to distance themselves from Russia in every possible way, up to and including cutting Russian gas imports.

Russian President Vladimir Putin’s demand for payment in rubles for the gas Russia supplies seems to have only increased the desire of European governments to ditch the gas, and the three Baltic states already announced they’d stopped buying Russian gas from April 1. For now, they are using gas from storage. For later, there’s either LNG arriving at the Klaipeda terminal in Lithuania or an interconnector with Poland. Lithuania is calling on the rest of the EU to follow its example. Interestingly, the Baltics do not appear to have replaced their gas dependence with wind and solar dependence.

The same is true for the rest of the European Union, too. Earlier this year, Bloomberg reported that renewables across the EU were “crowding out” natural gas. The report cited a study by environmentalist think tank Ember, whose lead author said

“These are moments and paradigm shifts when governments and businesses start taking this much more seriously. The alternatives are available, they are cheaper, and they are likely to get even cheaper and more competitive. Renewables are now an opportunity, not a cost,” Charles Moore explained.

So why the struggle for gas now? Why not really step up the construction of new wind parks and solar farms, and show Putin what Europeans are made of? This is one of the most awkward questions of current times, its answer necessarily includes references to the price of copper, steel, polysilicon, and pretty much every metal and mineral commodity. In addition to that, building these facilities takes time, more time than, for instance, switching to LNG (if you have import terminals) or coal.

Indeed, in a recently released plan to reduce the consumption of Russian gas – and oil and coal, too – the European Commission bet heavily not on wind and solar but on more gas and coal.

This is the same Europe that has been calling for and working towards the end of coal. It is the same Europe that planned to shut down all of its coal power plants before 2030 in order to meet the Paris Agreement emission reduction targets. This same Europe is also betting on replacing natural gas with fuel oil to replace another 10 billion cubic meters of Russian gas.

It seems, then, that the reality of energy supply and consumption is reasserting itself as the EU finds itself in a gas pickle. If its plan involves so much more consumption of fossil fuels, then fossil fuels must be easier – and quicker – to come by and, just maybe, cheaper, than wind and solar. Otherwise, why pick them over renewables?