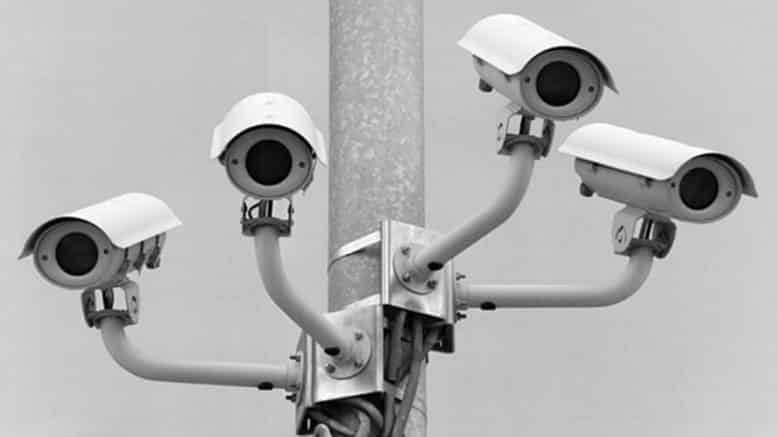 Please Share This Story!
PDF 📄
By its actions and rhetoric, the Federal government has already declared itself to be a champion of ubiquitous surveillance, while the rights of states and cities are trampled. This leaves the only possible resistance at the local level, where cities and counties literally throw out the surveillance mentality. With enough local resistance, Federal initiatives can be thwarted. ⁃ TN Editor

Grassroots groups are leading the pushback against government spying.

Erick Huerta was just trying to get some b-roll for his film. Outside a Los Angeles US Citizenship and Immigration Services office, Huerta was narrating his experiences growing up as an undocumented immigrant to a camcorder he was holding. Skateboarders were tricking around him, but it was the police car lingering across the street that really caught his eye—he packed up his things and started biking away.

The car followed and stopped him after a block. Officers interrogated him about his camera and demanded he identify himself. “That’s when I could see they weren’t taking down notes or a memo but filling out a sheet, with ‘Suspicious Activity Report’ on the top,” Huerta recalls. “I was never notified that I was in a database or anything. They just took it. It just goes away to a data center never to be heard of again.”

The experience rattled him. He’d been working with the Stop LAPD Spying Coalition, an organization opposing state spying and intelligence gathering, and so he knew a bit about the Nationwide Suspicious Activity Reporting Initiative (SAR), a national domestic-security program. SAR reports, defined opaquely as “official documentation of observed behavior reasonably indicative of pre-operational planning related to terrorism or other criminal activity,” are typically filed by police, but untrained civilians are also deputized to monitor suspicious activity through the “see something, say something” initiative. People have been reported for everything from taking photographs of dams to just being unfriendly. Once collected, the data is shared to all levels of law enforcement; those reported, like Huerta, have no clue where their information goes, who sees it, or how it will be used. Unlike being charged with a crime, there’s no way to clear your name once you’ve had a SAR report filed against you.

“There’s no transparency about the fact that you’re in this database,” Huerta says, who was worried about the influence it might have on traveling—or worse, his DACA application. “How can you access it? How can it impact you? Will it impact you? Will it be something that can be gone from my record, or will it be something that’s a little asterisk that’s always following me?”

But SAR is just one element of the mass surveillance that Americans across the country are increasingly subject to. To Hamid Khan, campaign coordinator of the Stop LAPD Spying Coalition, incidents like Huerta’s are a demonstration that, for all the sensationalist coverage of Russian hacking and social-media monitoring, surveillance is often happening intrusively in person, closer to home. “The impact of all of these programs starts on an individual and on a community,” Khan told me. Oakland Privacy’s Brian Hofer agreed, “The local is exactly where they’re collecting the most data.”

Over the past decade, local law enforcement, often in tandem with national-security agencies, have rolled out surveillance apparatuses unparalleled in their reach and scope. The evolution of procedures, intelligence-sharing, and technology have enabled dubious policing tactics to be carried out on an unprecedented scale, allowing for a greater breadth and depth of personal information to be surreptitiously harvested and circulated. Most of this takes place at the local level, at the hands of police departments, and as laws are outpaced and legislators strain to even grasp the basic mechanisms of the Internet, it has fallen to grassroots movements to lead the charge against the surveillance state.

The Stop LAPD Spying Coalition and Oakland Privacy in California, and Privacy Watch STL, based in St. Louis, Missouri, are part of a growing constellation of organizations seeking to scale back the largely unchecked surveillance powers of local police. Distinct in their specific battles and occasionally oppositional in their methodologies, community-based anti-surveillance groups have been organizing for years, though Donald Trump’s threats to build religion-based registries and ramp up deportations have amplified concerns of how the state is watching citizens. Coupled with sharpened media coverage, the constituencies for these issues have soared: Oakland Privacy estimates a 40 percent increase in involvement, and hundreds more have connected to the Stop LAPD Spying Coalition.

This is not to say that mass surveillance is new. If anything, SAR and predictive policing carry on a shameless American tradition tracing back at least to New York’s 18th-century lantern laws mandating unaccompanied slaves to always carry lanterns at night. More recently, the FBI’s COINTELPRO projects spied on Martin Luther King Jr. and stalked, harassed, and assassinated members of groups like the Black Panthers.

What makes this era of surveillance distinctive, however, is the newly developed arsenal of militarized technologies available to your district policeman: automated license-plate readers and facial recognition that can track of individuals without their knowledge or consent; unmanned drones capable of thermal vision and high-resolution image capture; Stingray catchers that simulate cell-phone towers, sucking in nearby devices in order to strip data. More people are being watched than ever, most with no probable cause to suspect them of committing a crime. And at the center of all these information flows are fusion centers, the connective hubs conglomerating data from an array of sources and sharing it horizontally and vertically, with local, regional, federal, and international entities.

Woven together, these technologies and relationships create an invisible dragnet of almost fantastical proportions. And perhaps the most perverse accomplishment of the public-safety narrative is in convincing civilians that mass surveillance, unchecked and conducted in secret, has been for their own benefit.

On a Sunday night in late July, Nia Wilson was at an Oakland BART station with her sisters waiting to change trains when John Cowell rushed up to them and stabbed her in the neck. Her killing was the third homicide on the BART in a week. Widespread protests and public backlash followed. Within days, BART proposed a $28 million safety plan which centered on upgrading the physical security infrastructure of the transportation network so that thousands of video cameras could be coordinated in real time, overlaid with an analytics system that could map behavioral patterns of passengers.