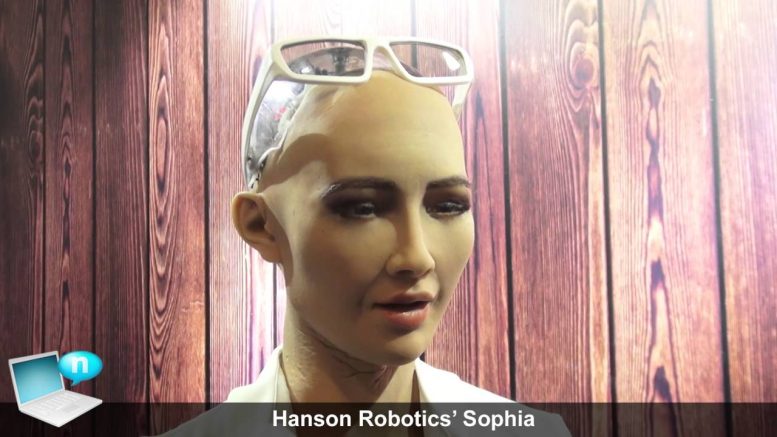 Technocrats build because they must, not because there is particularly good reason to do so. Such as it is with humanoid robotics. In their view, humans are not good enough as they are, so they attempt to invent humanity 2.0.  ⁃ TN Editor

You might not have heard of Hanson Robotics, but if you’re reading this, you’ve probably seen their work. They were the company behind Sophia, the lifelike humanoid avatar that’s made dozens of high-profile media appearances. Before that, they were the company behind that strange-looking robot that seemed a bit like Asimo with Albert Einstein’s head—or maybe you saw BINA48, who was interviewed for the New York Times in 2010 and featured in Jon Ronson’s books. For the sci-fi aficionados amongst you, they even made a replica of legendary author Philip K. Dick, best remembered for having books with titles like Do Androids Dream of Electric Sheep? turned into films with titles like Blade Runner.

Hanson Robotics, in other words, with their proprietary brand of life-like humanoid robots, have been playing the same game for a while. Sometimes it can be a frustrating game to watch. Anyone who gives the robot the slightest bit of thought will realize that this is essentially a chat-bot, with all the limitations this implies. Indeed, even in that New York Times interview with BINA48, author Amy Harmon describes it as a frustrating experience—with “rare (but invariably thrilling) moments of coherence.” This sensation will be familiar to anyone who’s conversed with a chatbot that has a few clever responses.

The glossy surface belies the lack of real intelligence underneath; it seems, at first glance, like a much more advanced machine than it is. Peeling back that surface layer—at least for a Hanson robot—means you’re peeling back Frubber. This proprietary substance—short for “Flesh Rubber,” which is slightly nightmarish—is surprisingly complicated. Up to thirty motors are required just to control the face; they manipulate liquid cells in order to make the skin soft, malleable, and capable of a range of different emotional expressions.

A quick combinatorial glance at the 30+ motors suggests that there are millions of possible combinations; researchers identify 62 that they consider “human-like” in Sophia, although not everyone agrees with this assessment. Arguably, the technical expertise that went into reconstructing the range of human facial expressions far exceeds the more simplistic chat engine the robots use, although it’s the second one that allows it to inflate the punters’ expectations with a few pre-programmed questions in an interview.

Hanson Robotics’ belief is that, ultimately, a lot of how humans will eventually relate to robots is going to depend on their faces and voices, as well as on what they’re saying. “The perception of identity is so intimately bound up with the perception of the human form,” says David Hanson, company founder.

Yet anyone attempting to design a robot that won’t terrify people has to contend with the uncanny valley—that strange blend of concern and revulsion people react with when things appear to be creepily human. Between cartoonish humanoids and genuine humans lies what has often been a no-go zone in robotic aesthetics.

The uncanny valley concept originated with roboticist Masahiro Mori, who argued that roboticists should avoid trying to replicate humans exactly. Since anything that wasn’t perfect, but merely very good, would elicit an eerie feeling in humans, shirking the challenge entirely was the only way to avoid the uncanny valley. It’s probably a task made more difficult by endless streams of articles about AI taking over the world that inexplicably conflate AI with killer humanoid Terminators—which aren’t particularly likely to exist (although maybe it’s best not to push robots around too much).

The idea behind this realm of psychological horror is fairly simple, cognitively speaking.

We know how to categorize things that are unambiguously human or non-human. This is true even if they’re designed to interact with us. Consider the popularity of Aibo, Jibo, or even some robots that don’t try to resemble humans. Something that resembles a human, but isn’t quite right, is bound to evoke a fear response in the same way slightly distorted music or slightly rearranged furniture in your home will. The creature simply doesn’t fit.

Humans stay lubricated with structured water and every cell is self-replicating. Humans actually are colonies of collaborating microorganisms and 90% of our DNA is non-human. I doubt robots will do better any time soon.