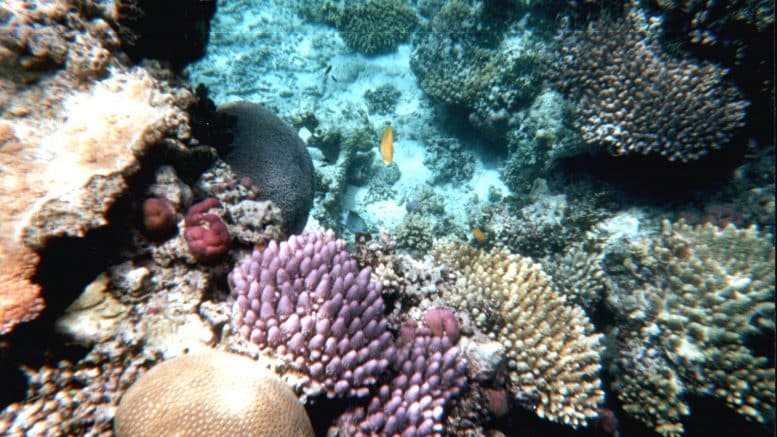 Please Share This Story!
PDF 📄
Environmentalists equate Global Warming with the ‘death’ of the Great Barrier Reef off the coast of Queensland, Australia. However, it isn’t dying but scientists have been gagged for saying that in public. As Al Gore would say, “Deniers should be punished.” ⁃ TN Editor

An Australian Professor of Physics is suing his university, which is trying to gag him from telling the truth about the “dying” Great Barrier Reef.

The truth, of course, is that the Great Barrier Reef (GBR) isn’t dying at all. (As we’ve written here and here)

In fact it’s doing just fine and the gagged professor – Peter Ridd of James Cook University – has plenty of solid scientific evidence to prove it.

Ridd has been studying the GBR for 30 years and believes that the oft-heard claims that it is seriously threatened by climate change or pollution are just environmentalist scaremongering. He is also highly critical of those supposedly reputable institutions which have been promoting this alarmist myth, among them the Australian Institute of Marine Science and the ARC Centre of Excellence for Coral Reef Studies.

But when Ridd pointed this out in a published essay and a radio interview last year his university accused him of serious misconduct. It claimed that his criticisms were “not collegial” (the ARC Centre of Excellence for Coral Reef Studies is actually part of James Cook University) and threatened him with dismissal. Furthermore, the university ordered him not to mention to anyone the existence of its allegations, let alone any detail. Ridd ignored this order and went public.

Now he is fighting not just for his job and his academic credibility but also for the integrity of science itself.

As he recently wrote at Fox News:

The problems I am facing are part of a “replication crisis” that is sweeping through science and is now a serious topic in major science journals. In major scientific trials that attempt to reproduce the results of scientific observations and measurements, it seems that around 50 percent of recently published science is wrong, because the results can’t be replicated by others.

And if observations and measurements can’t be replicated, it isn’t really science – it is still, at best, hypothesis, or even just opinion. This is not a controversial topic anymore – science, or at least the system of checking the science we are using, is failing us.

The crisis started in biomedical areas, where pharmaceutical companies in the past decade found that up to 80 percent of university and institutional science results that they tested were wrong. It is now recognized that the problem is much more widespread than the biomedical sciences. And that is where I got into big trouble.

According to an editorial published in The Lancet, one of the world’s leading medical journals, this problem is endemic across science.

The case against science is straightforward: much of the scientific literature, perhaps half, may simply be untrue. Afflicted by studies with small sample sizes, tiny effects, invalid exploratory analyses, and flagrant conflicts of interest, together with an obsession for pursuing fashionable trends of dubious importance, science has taken a turn towards darkness. As one participant put it, “poor methods get results”.

Such a pity that Horton hasn’t learned his own lesson by reining in some of the articles The Lancet so frequently publishes endorsing all the latest junk science nonsense about climate change. Still, his broader point is well made: a lot of what passes for science these days simply cannot be trusted.

It seems anymore that telling the truth is a lost art and lies is the accepted art form.

If we establish a precedent by punishing those who question currently accepted wisdom can we punish the previous Global Warming advocates when Global Cooling arrives with a vengeance as the sun cycles down? I’m looking at 2032. Keep a record of those you want to send to the guillotine.