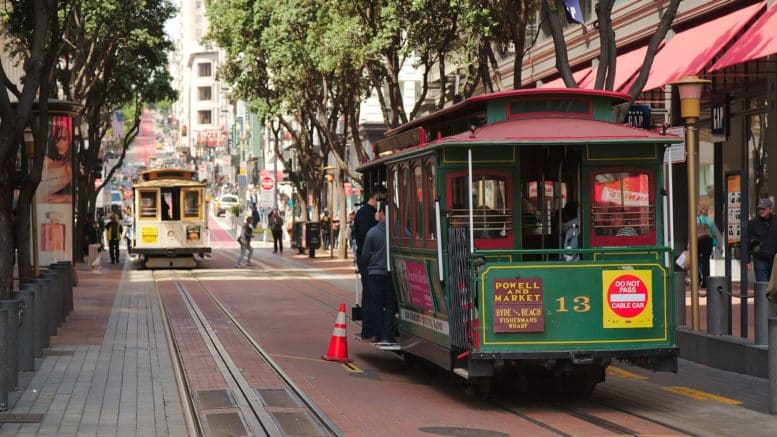 Please Share This Story!
PDF 📄
Every city in America is just one city ordinance away from co-opting all private security cameras like Amazon’s Ring, and Google’s Nest security systems. The Technocrat rule is, if the data exists, they will take it. Likewise, any city council can ban any city-owned surveillance cameras and bar police use of private security cameras. ⁃ TN Editor

In a 7-4 vote on Tuesday, the San Francisco Board of Supervisors agreed to test Mayor London Breed’s controversial plan to overhaul the city’s surveillance practices, which will allow police to access private security cameras in real time.

“I know the thought process is, ‘Just trust us, just trust the police department.’ But the reality is people have been violating civil liberties since my ancestors were brought here from an entirely, completely different continent,” Walton — the board president and District 10 representative — said.

Under the new policy, police can access up to 24 hours of live video of outdoor footage from private surveillance cameras owned by individuals or businesses without a warrant as long as the camera’s owner allows it. Police must meet one of three outlined criteria to use their newfound power: they must be responding to a life-threatening emergency, deciding how to deploy officers in response to a large public event or conducting a criminal investigation that was approved in writing by a captain or higher-ranking police official.

The trial will last 15 months. If supervisors wish to extend or revise the policy, they must take a second vote.

Breed first proposed an overhaul of the city’s surveillance practices late last year as a way to crack down on retail theft, rioting, looting and drug-dealing. The plan initially received blowback from Peskin and others, including the American Civil Liberties Union and the Bar Association of San Francisco, who feared the policy would be abused by police. Peskin, along with other members of the Board of Supervisors, introduced a competing proposal that, along with Breed’s, would have appeared on the June 7 primary ballot.

In March, however, Breed and Peskin both pulled their proposals and sought to reach a compromise. In May, they announced agreement on an updated plan, which contains new safeguards including rules for how long the cameras can be used, data retention and regular reporting requirements.

The new policy is supported by San Francisco District Attorney Brooke Jenkins, who replaced former DA Chesa Boudin after he was recalled in a special election in June. Shortly after Jenkins took office, she wrote a letter to Peskin —the chairman of the Board of Supervisors Rules Committee — informing him that she would back the new surveillance practices.

Waste of time, you have to prosecute and imprison criminals to make any difference, not just watch them.

I suppose a private enterprise that wants to allow this espionage should be able to… However, they should be required to display a prominent sign saying that such a camera is deployed. And if no such sign is deployed, that film footage should not be usable in a court trial.